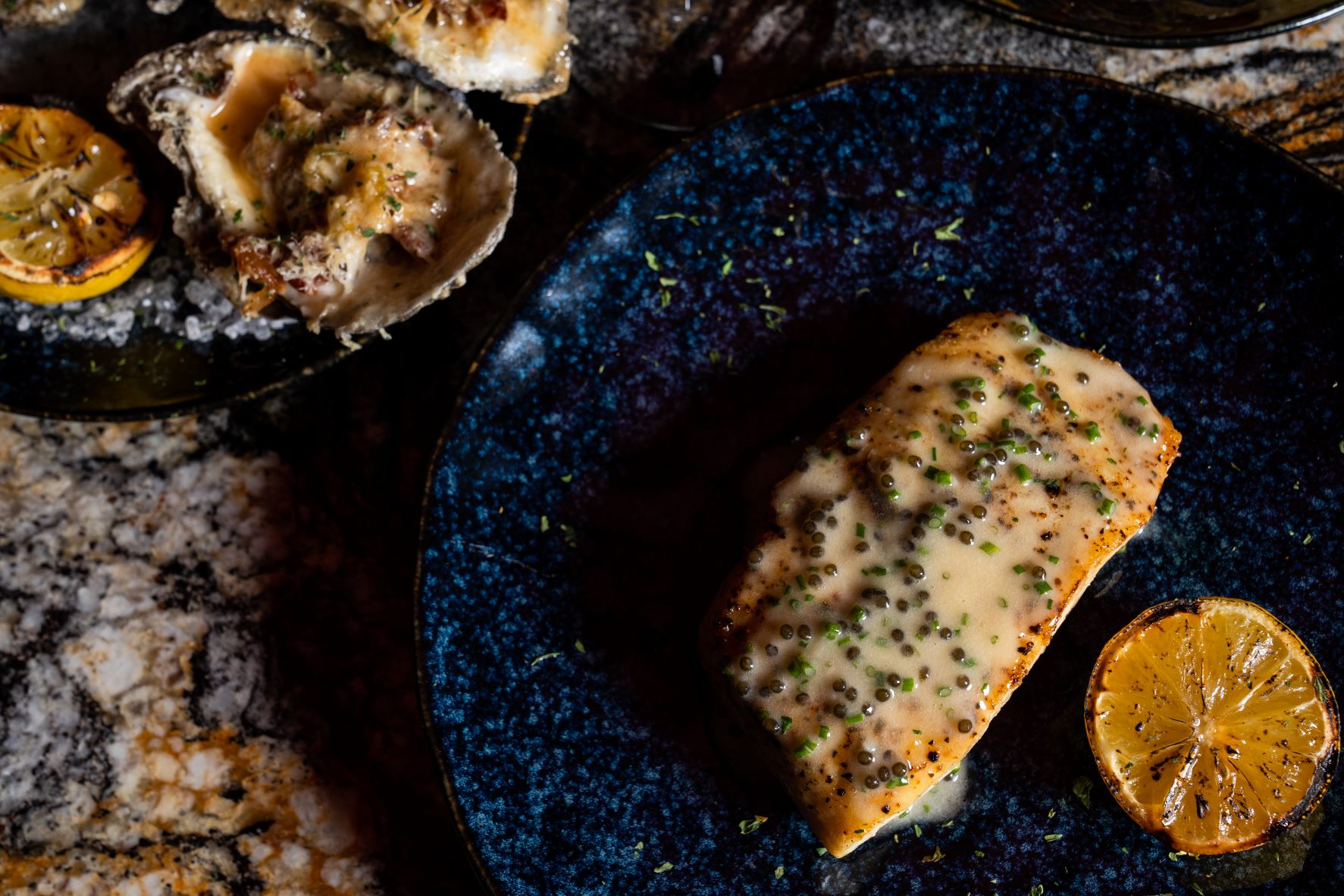 The massive location at 1212 Waugh Drive that was once home to Tony Mandola’s Gulf Coast Kitchen will soon have an extravagant new occupant: Gatsby’s Prime Seafood. Gatsby Hospitality Group plans to open the the new 6,700-square-foot restaurant by the end of September. The eatery will open a seafood-centric offshoot of the hospitality group’s first successful concept, Gatsby’s Prime Steakhouse, which opened in Montrose in March 2021.

Gatsby Hospitality owner and entrepreneur Luis Rangel has been a part of the Houston nightlife and restaurant scene for over 15 years, bringing Houston such hotspots as The Drake Night Club, Bar Victor and Daisy Buchanan’s. He says his aim has always been to bring people together for “good times, good food, good conversation and to help create lasting memories” reminiscent of the heydays of the Jazz Age. He felt an elevated destination for seafood was the natural next step.

Gatsby’s Prime Seafood will have the same lively flapper-era vibe as the steakhouse. However, unlike the sister restaurant’s dark interior, the seafood restaurant will sport a blue  and gold design. Those that dined at Tony Mandola’s may remember the large patio space. Soon after opening, Gatsby’s Prime Seafood will use this feature for general al fresco dining as well as brunch.

Executive chef Erick Anaya will oversee a seafood-focused menu that features imports from the East coast, such as branzino, halibut, redfish filet and New Bedford scallops. General manager, Patrick Smith, who was with Morton Steakhouse for 24 years, will lend his expertise to the front of house.

Those who have dined at the steakhouse may have already experienced the opulent seafood tower, which will also be featured at Gatsby’s Prime Seafood. The seafood restaurant will also offer three steaks: filet, ribeye and New York strip. Notable appetizers include campechana, baked East Coast oysters served three different ways and another of the steakhouse’s staples, deluxe deviled eggs. Classic desserts, such as flourless chocolate cake, key lime pie and cheesecake, will all be made in-house.

Cocktails will include staples such as the Old Fashioned and signature creations such as the Great Gatsby made with vodka, Lillet and grapefruit juice. The wine menu will be globally sourced, but concentrates on California vineyards. Social hour with a limited menu will be from 2 to 5 p.m. Tuesdays through Fridays.

“We treat every guest as a member of the Gatsby Hospitality family and will strive to send each customer home feeling like they just attended an extravagant Roaring ‘20s bash that would make the likes of Jay Gatsby proud,” said Rangel via the press release.