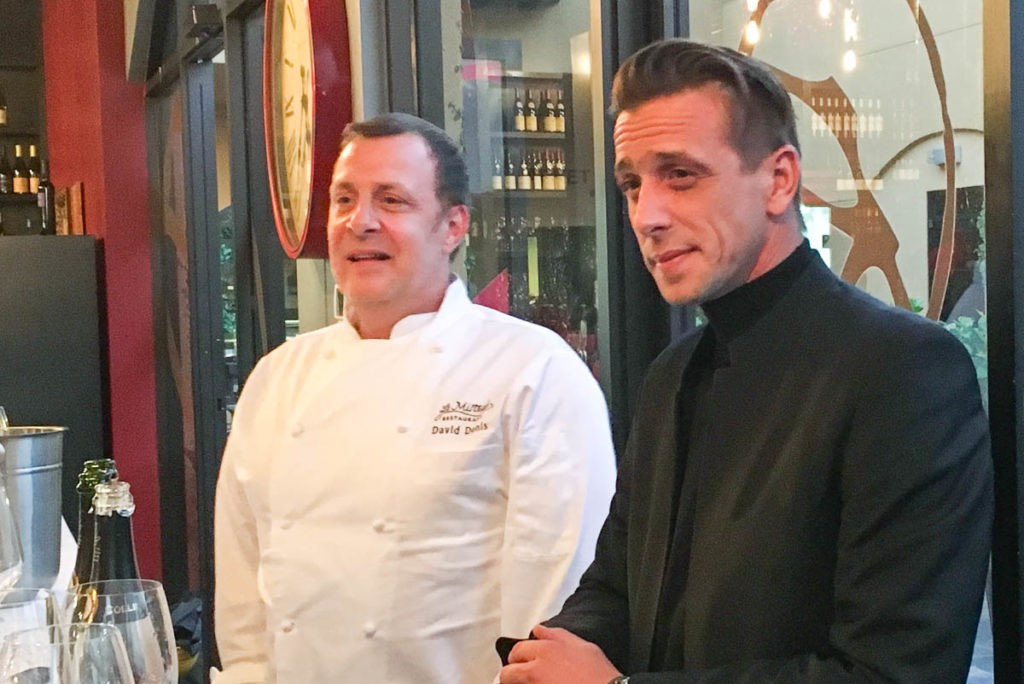 They first opened Le Mistral in 2001 in a strip center next to a gas station. Later, as the restaurant grew and became more successful, the Denis’ were able to relocate it to a nicer building able that accommodated a bigger dining room, better equipped kitchen and a special room for a chef’s table experience, where custom menus were created for patrons.

In 2008 came Foody’s Gourmet next door. It was a specialty bakery that sold the restaurant’s high-quality breads, pastries, jams and more. Rouge Wine Bar followed and showcased Sylvain’s wine expertise. In 2010, David co-authored a cookbook called Energy Cuisine with Finnish chef Finnish Jani Lehtinen. The title made reference to the chefs’ proximity to different “energy corridors” in their respective countries.

In August 2017, Hurricane Harvey flooded the businesses, necessitating a repairs and remodeling that lasted a few weeks. The impact, though, may have been bigger than it first appeared, as Foody’s Gourmet closed in June 2018.

“After 18 years, we had a good run,” David said. He isn’t completely out of the Houston food scene, though. The brothers are co-owners of midtown French restaurant Artisans, overseen on a day-to-day basis by executive chef Jacques Fox. Fox was previously director of education at Culinary Institute Le Nôtre, and Denis taught there as well. In addition, David Denis says that he’s been consulting on a startup project over the past year. While he’s not elaborating on it at this time, we suspect this isn’t the last we’ve heard from one of Houston’s most well-regarded French chefs.

Houston Food Finder8 hours ago
THE PERFECT 10 GALA IS BACK, BABY! This will be a can't-miss dining event of 2023!