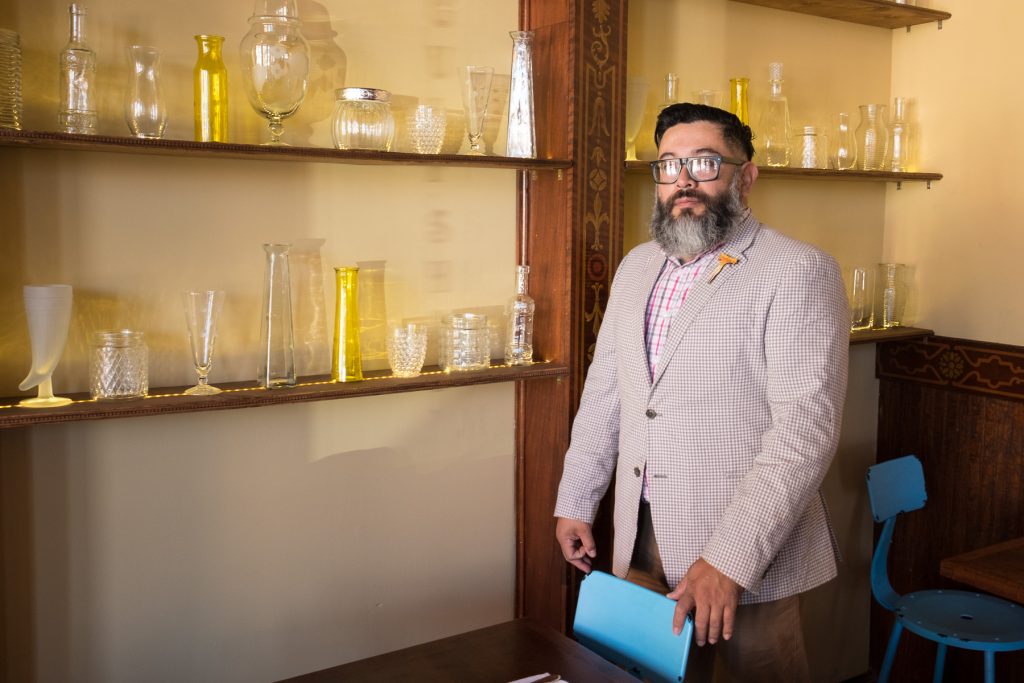 According to a civil lawsuit filed in Harris County District Court, and as first reported by the SE TexasRecord, a former employee of The Original OKRA Charity Saloon is accusing Joshua Martinez of raping her in a hotel in Kansas City, Missouri. He has worked at and even started multiple Houston bars and restaurants over the past several years. The original petition can be read at this link: Jane Doe vs Joshua D. Martinez.

Cornelia Brandfield-Harvey, the attorney with The Buzbee Law Firm representing the plaintiff (referred to as Jane Doe to protect the alleged victim’s identity), said via email that the lawsuit, seeking over $1 million in damages, was filed two days ago and Martinez has about three weeks to respond.

Update, 6/19/19, 5:39 p.m.: After attempting to contact Martinez for comment via email and social media messages throughout the day, Houston Food Finder was provided a phone number for him after this article published. Although we did reach him that way, he said he cannot comment on the lawsuit at this time.

Update, 9/15/19, 11:39 a.m.: In a court filing through attorney David A. Bryant, Martinez denies the allegations, stating that contact was consensual. He alleges that the plaintiff initiated contact by asking him to dinner, did not come to his hotel room under duress and later asked to spend the night there. A trial is scheduled for March 20, 2020.

While Brandfield-Harvey says no one else, so far, has made accusations against Martinez, the firm is pursuing multiple lawsuits having to do with alleged sexual abuse of Houston restaurant and bar workers. She stated the firm has “heard from several women working in the bar/restaurant industry who have had similar issues” with other individuals. The attorney says this is a result of the publicized cases currently pending against Pub Fiction and Brennan’s of Houston. (Sean Kerrigan, a bartender who worked at both businesses and is now deceased, is named in both lawsuits as an assailant.)

According to Brandfield-Harvey, no criminal charges have been filed against Martinez, only the civil suit. “It is complicated by the fact that the [alleged] rape occurred in another state,” she stated via email.

Martinez was a Houston restaurant and bar owner who had a high profile from 2011 through 2016 due to opening The Modular food truck, Goro & Gun and The Chicken Ranch. While the lawsuit states that he “continues to be involved to this day” with those businesses, they all appear to be closed. Goro & Gun closed in 2014 and became Moving Sidewalk, which Martinez was not involved with. Despite his “vow to return,” The Chicken Ranch closed in 2015 and never reopened. The last post on The Modular’s Facebook page is from 2016. It’s unclear as to whether Martinez still operates the food truck in any capacity or has an ownership stake in any active Houston business.

Although the headline of the SE TexasRecord article strongly associates Martinez with The Original OKRA Charity Saloon, according to a statement released by OKRA, he’s not not been with the non-profit organization for years. Initially, though, Martinez was one of over 20 restaurant and bar owners who founded it in 2011. (OKRA stands for Organized Kooperative on Restaurant Affairs). In addition to starting The Original OKRA Charity Saloon, which donates all profits to charities, the group advocated for the hospitality industry about issues such as regulations requiring a minimum number of parking spaces for new businesses.

The following is the statement that the group posted on its Facebook page:

Martinez established a reputation as one of the Houston restaurant industry’s “movers and shakers”. He received a great deal of positive media coverage for his restaurant endeavors and seems to have a knack for getting close to celebrities. Rapper Bun B, for example, dished on Martinez’s involvement in Goro & Gun and The Original OKRA Charity Saloon. After relocating to New Orleans to work at Galatoire’s, Martinez was featured on the “Shrimp & Crawfish” episode of David Chang’s Netflix show, Ugly Delicious. After serving Chang dinner, Martinez shepherded the famous chef to a next-door bar (where, according to the episode, they got drunk) and extolled Houston’s culinary-melting-pot status on camera. Recently, Martinez returned to Houston where he now works at State of Grace, one of celebrity chef Ford Fry’s restaurants.

Houston Food Finder has sent a list of questions to an OKRA representative requesting specifics regarding Martinez’s role and involvement (such as when exactly he was removed) and requested comment from Martinez himself via both email and private Facebook message.  Should we receive responses, this story will be updated. Update, 6/19/19, 5:45 p.m.: We finally reached Martinez after being provided with a phone number but he declined to comment.