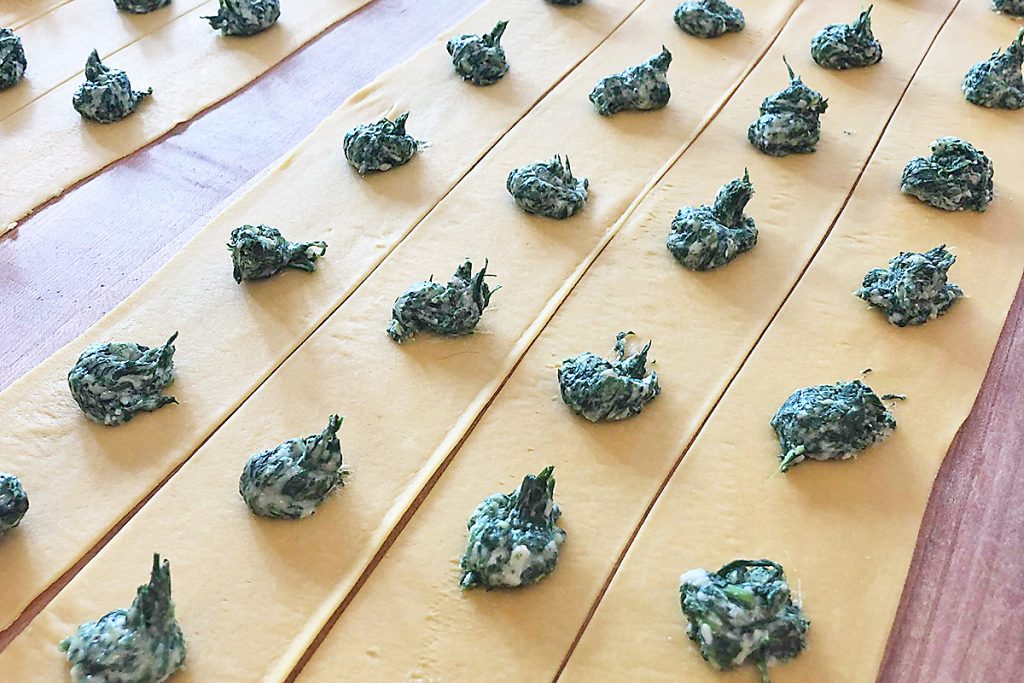 Eating in downtown Houston just got a lot more interesting. Bravery Chef Hall, located in Aris Market Square at 409 Travis, is a hybrid, high-end food court in a luxury high-rise tower. A year and a half in the making it is now open for dinner and is adding lunch service on July 30. On weekends, there will also be brunch and late night service. The space holds five separate kitchens that are independently owned and operated by local chefs. There is counter seating at each of the eateries, as well as in the spacious common area. Bravery Chef Hall is also home to three bars. Partners Anh Mai and Lian Nguyen, working with operations director and sommelier Shepard Ross, considered around two dozen candidates to run the eight spaces.

Each occupant has a three-year lease. While none have immediate plans for a separate brick-and-mortar location, it’s expected that some of the eight will eventually strike out on their own.

BOH Pasta and Pizza is the first station visitors encounter when they enter Bravery Chef Hall. The eatery takes its name from the word “boh,” Italian slang for “I don’t know.” It reflects chef and owner Ben McPherson’s casual, informal approach to his dishes. “People take food way too seriously,” he says. “I like rustic ‘grandma food’ with just three or four ingredients on the plate. I don’t want to have too many flavors competing for your attention.”

McPherson employs traditional technique but admits he likes to have a little fun with the ingredients. “I can change our menu every day, so if a farmer shows up with some beautiful beets, I can work them into the menu.”

BOH’s pasta is made in-house. For one dish, McPherson creates tortelli and then, holding true to his “keep it simple” mantra, he fills the pasta with only spinach and housemade buttermilk ricotta.

According to McPherson, it takes from 72 to 96 hours to make BOH’s pizza dough. “It has a crumbly texture that’s crispy on the outside, but light and airy on the inside.” He tops the crust of one example with a specialty pepperoni that “cups as it cooks so it catches the yummy fat as it renders and the edges get crispy.”

Cherry Block Craft Butcher + Kitchen is the resident steak house. Will a steak house work in a food court setting? Owner Felix Florez thinks so. He says he’s seeing a decline in white tablecloth dining and Bravery Chef Hall is a format that allows him, along with chef and partner Jess DeSham Timmons, to build a super-casual yet chef-driven steak house that’s also affordable.

According Florez, “When people think of lower prices and casual, what ends up happening is that the quality of everything goes down. We’re trying to do the exact opposite of that with good ingredients and delicious food.”

Florez says his ideal customer are a mom and dad with a kid in a Little League outfit; not the usual customers at a high-end steak house. “I want this to be for everybody. If you go out with a group of friends, how cool is it to grab a table and then bring back food from all over the place? Here you can have pasta, diner food, sushi, southern food and steak.”

Christine Hà, season three “Masterchef” winner, is offering an array of Vietnamese small plates at The Blind Goat. Starters include Ma’s Eggrolls with pork and shrimp served with a fish sauce vinaigrette and Hen’s Nest, a sous vide soft egg marinated in soy sauce and presented atop a bed of scallions and soybean sprouts.

Her other bowls include beef short ribs with lemongrass, five-spice, scallion and sprouts, marinated egg and jasmine rice. “Masterchef” fans will recognize Rubbish Apple Pie, which won high praise from show co-host Gordon Ramsay. At The Blind Goat, it’s made with star anise, ginger and fish sauce caramel, which gives it a unique twist. Another sweet treat is fresh sugarcane juice, cold-pressed on site with kumquat and Topo Chico added.

The key words at chef Richard Knight’s Atlas Diner are “big” and “fun.” From Knight’s extroverted personality to the diner-classics-with-a-twist menu offerings, everything here is oversized and lighthearted. Atlas Diner is the only Bravery Food Hall food space to stay open late nights and Knight has several items on the menu that will appeal to customers who are both tipsy and hungry. His Aris Tower – Floor 9 ¾  is a mound of tortilla chips stacked with chicken, jalapeños, pico de gallo and crema that is sprinkled with herbs and served with a heated gravy boat of cheese sauce.

Breakfast offerings include a large box (yes, the whole box) of cereal, a half quart of milk and a huge bowl. Knight credits Shepard Ross with the idea. There are also Jamaican pancakes with clove, cinnamon, allspice and ginger and topped with vanilla ice cream, crème fraîche, toasted coconut and rum syrup. In traditional-diner fashion, Atlas has blue plate specials for lunch on weekdays and an assortment of freshly made specialty desserts, including goat cheese cheesecake.

Among the yakitori choices are tebasaki, grilled chicken wings with yuzukoshō butter and negima, and grilled chicken thighs. Don’t miss out on a side of Chicken Fat Rice: aromatic chicken fat and furikake over sticky rice.

Bravery Wine Bar, which fills a long wall, has an extensive wine list and is the largest of the three. The Secret Garden Bar, located just past Atlas Diner, is in a freestanding glass walled building — picture an upscale greenhouse — surrounded by a brick-paved patio. Like Atlas Diner, the Secret Garden Bar will be open late. A gated entry on Preston Street will allow direct entry.

LocKwood Stn. is intimate, tucked into a tiny corner. The size restraints have required David Daquiri to take bartending to the next level. He says, “This is what I want, to take 200 square feet and build a world class program out of it.”  Working in small batches, Daquiri offers a short menu, just four cocktails written on the back of a postcard. Standard cocktails are also available on request.

Houston Food Finder22 hours ago
ICYMI: Even when a new President gets sworn into office, we've still got food on the brain. Our associate editor Ellie Sharp asked, "What were the Presidents' favorite dishes"? She's got some answers — and noted a few Houston restaurants with significant presidential ties.
#houstonnews #inauguration2021 #president #houstonrestaurants