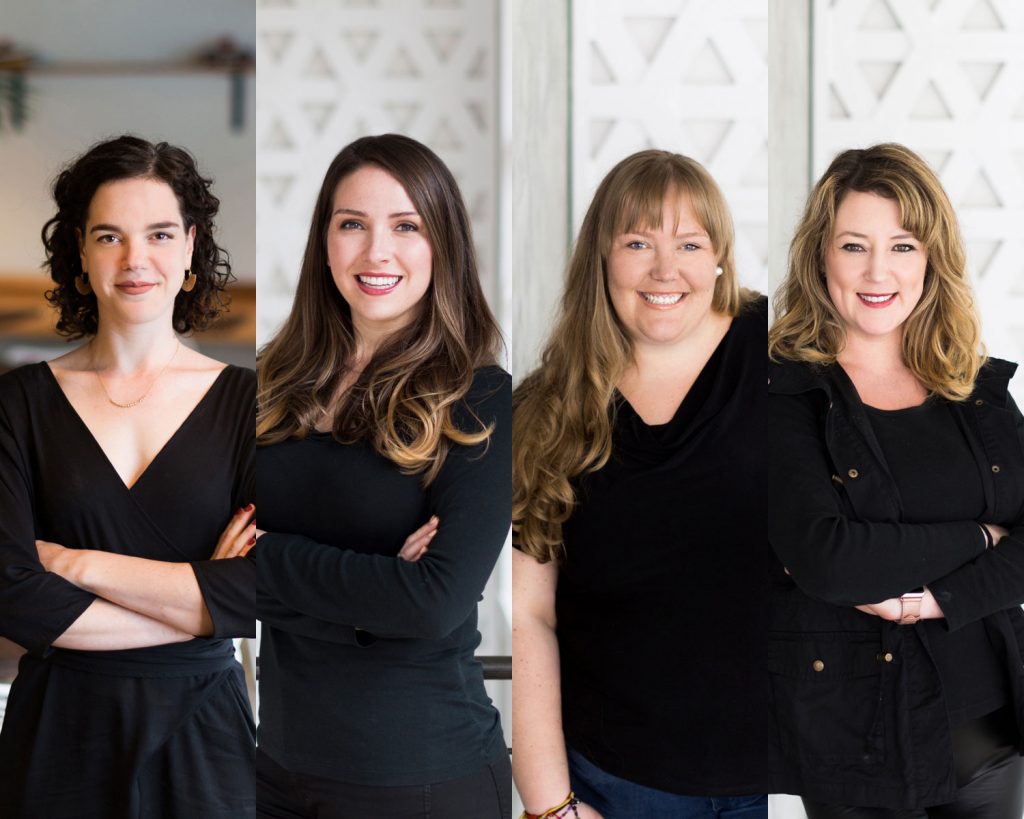 The women of Agricole Hospitality show off their Louisiana roots all month long as part of Eight Row Flint’s ongoing Outdoor Cooking Series. The events are opportunities for employees of company’s various concepts (Revival Market, Coltivare, Eight Row Flint and Night Heron) to serve up dishes that inspire them and are outside the realm of the restaurants’ usual menus. The Outdoor Cooking Series events take place every Tuesday in April. Food is served beginning at 5 p.m. until it’s sold out. Each plate is $15 per person.

The all-female series was part serendipity, part by design. Chef de cuisine Marcelo Garcia had been thinking about a general manager pop-up series, says Christina Ramey, Eight Row Flint’s general manager. “And then, we all kind of put two and two together — not only are the four of us women, we’re all from Louisiana. So, it just kind of clicked,” explained Ramey.

Ramey says she and the other general managers brainstormed with Garcia on the series, which began last week. The results are pop-ups that pay homage to the women’s Louisiana roots. Julie Rogers of Night Heron who grew up enjoying the bounty from her dad’s Louisiana fishing trips, kicked off the pop-ups with barbecued shrimp over red beans and rice. Here’s the schedule of remaining, women-centric food events for the month:

April 10: Shrimp boil — Olivia Gordon, assistant general manager, Coltivare. Gordon says shrimp boils reminds her of Tigers tailgates. “The whole campus would be alive with people cooking for each other and sharing with strangers, even from the opposing team. I chose this dish because it’s very shareable — a throwback to my time at LSU football games,” she says.

April 17: Glazed pork chop with fried shallots and dirty rice — Layne Cruz, general manager, Revival Market. This is a version of home cooking from her childhood.

April 24: Roast beef po boy with pickles and gumbo — Christina Ramey, general manager, Eight Row Flint. “My inspiration was that whenever I’d be on my way to see my grandmother in Lafayette, we’d stop at this po boy place in Lake Charles—and I loved it! This is my way of recreating that,” Ramey said.

“I’ve always thought this series was super cool,” says Cruz. “Christina and I both went to culinary school, but now we work front of house. So, I think it’s fun to get to cook for a group. And it’s cool to express yourself in a different way.”

She also says she’s looking forward to the Louisiana cuisine and points out the Pelican State’s influence on the Bayou City. “I think there’s always been a connection between Louisiana and Houston. I moved here a month before [Hurricane] Katrina, but I know so many people who came here afterward and are working in hospitality here in Houston. You bring your roots with you.”

Ramey thinks the showcase will expose diners to flavors they won’t normally get from Agricole’s concepts and that having the general managers be at this series’ helm is a way to demonstrate their talents. “These are four women who don’t spend a lot of time in the kitchen out there showing their stuff,” she says.

Cruz thinks that’s fun, too, but she also loves the idea that the series puts female leadership in the spotlight. “It’s so great for me to be in a company that’s expanding and really developing the talents of some amazing women,” she says. “It’s cool to see women running the floor. [Agricole] might be male-owned, but we’re women-run. I love that!”