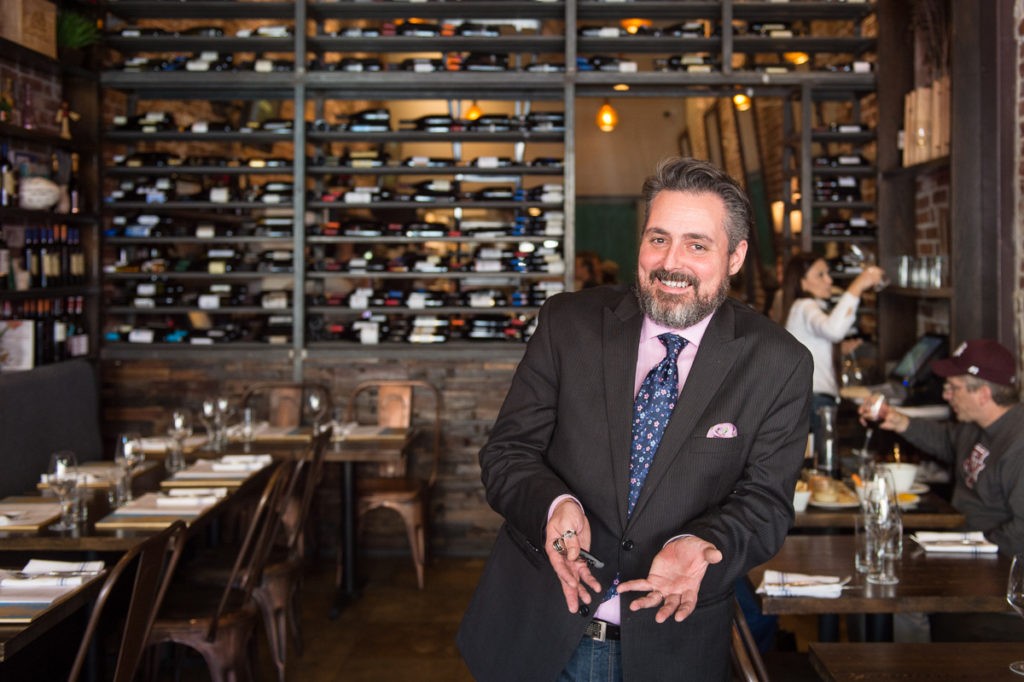 Do you like pizza? How about wine? Do you enjoy hanging out with fun, talented people? Well, then the next Houston Culinary Tour is for you!

A handful of tickets are still available for Sunday’s “Wine and Pie Tour” with Helen Greek Food & Wine’s co-owner/award-winning sommelier Evan Turner and chef William Wright. (Wright is also chef over New York-style Italian restaurant Arthur Ave.) (You may recall that Helen was a James Beard Award semifinalist this year for Best New Restaurant thanks in no small part to the hard work by these two gentlemen.)

Tickets are not cheap, ($196.17 per person after the Eventbrite ticket fee) but these tours are always memorable, easy and fun—and there’s swag to take home. Attendees get a bag of goodies from My Table magazine, Central Market and The Wave.

Attendees will meet at Central Market at 3815 Westheimer just before 11 a.m. and The Wave jitney service will ferry the attendees to each destination on comfortable shuttle buses. On board is plenty of water and beer courtesy of Saint Arnold Brewing Company.

There are three destinations in store. Wright says they include, “some newly opened pizzerias so that we taste different styles of pizza. We will talk about the history of pizza and what makes it in the United States uniquely Italian and American at the same time.” Topics covered include regional styles, such as the differences between New York- and Neopolitan-style pizza.

Have no doubt: by the time the journey is over, you’ll leave full, happy and knowing a little more than you did when you arrived.