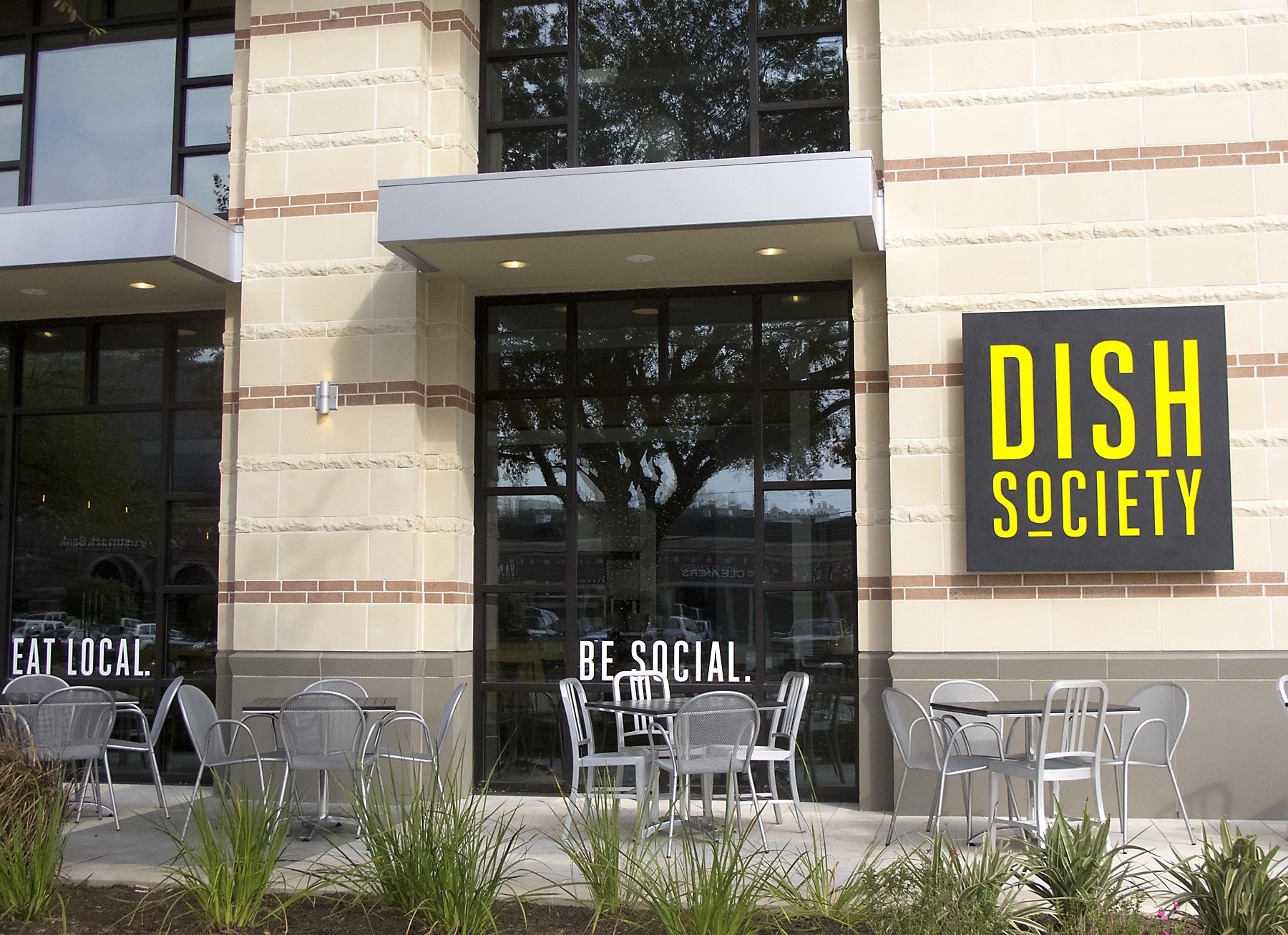 By the time it has its fourth birthday, fast-growing casual restaurant Dish Society will have grown to one location for every year in business. Founded by restaurateur Aaron Lyons, the first location opened on the first floor of a residential building in the Galleria before expanding to Katy. A third in the Memorial Green project is underway and is expected to open in August. Now, a press release announces that a fourth will be in the Heights and will open in the fall of 2018.

The site was formerly the Heights Post Office and is now a mixed-use development known as Heights Central Station located at 11th and 1050 Yale.

Lyon said via the press release, “The Heights was a no-brainer for us. The area is blowing up and is full of our core demographic.” It will be the first inner loop location for the three-year-old concept.

Dish Society is notable for a menu that they say is 75-percent locally sourced served in a fast-casual setting. It’s shifting its branding a bit, though. The slogan is “Eat Local. Be Social.” The newest location will emphasize the latter part of that by enticing patrons to hang out longer—and later. The Heights location will stay open until midnight, with the temptations including an extensive beer list; craft cocktails and wine; games that include darts, shuffleboard, and foosball; and a 1,000 square foot big, kid and dog-friendly patio.

No one wants to be hassled when trying to find a parking space, so Dish Society in the Heights is slated to have 60 parking spaces along with offsite parking.

It’s the latest development in what’s started off as a strong year for Dish Society. It was named one of the 40 Hottest Fast Casual Startups in the country by industry publication QSR Magazine and Houston Local Hero: Best Restaurant by Edible Houston. Additionally Lyons was named Restaurateur of the Year by the Greater Houston Restaurant Association’s 2017.