Decades-Old Tree at Backstreet Cafe is Being Removed 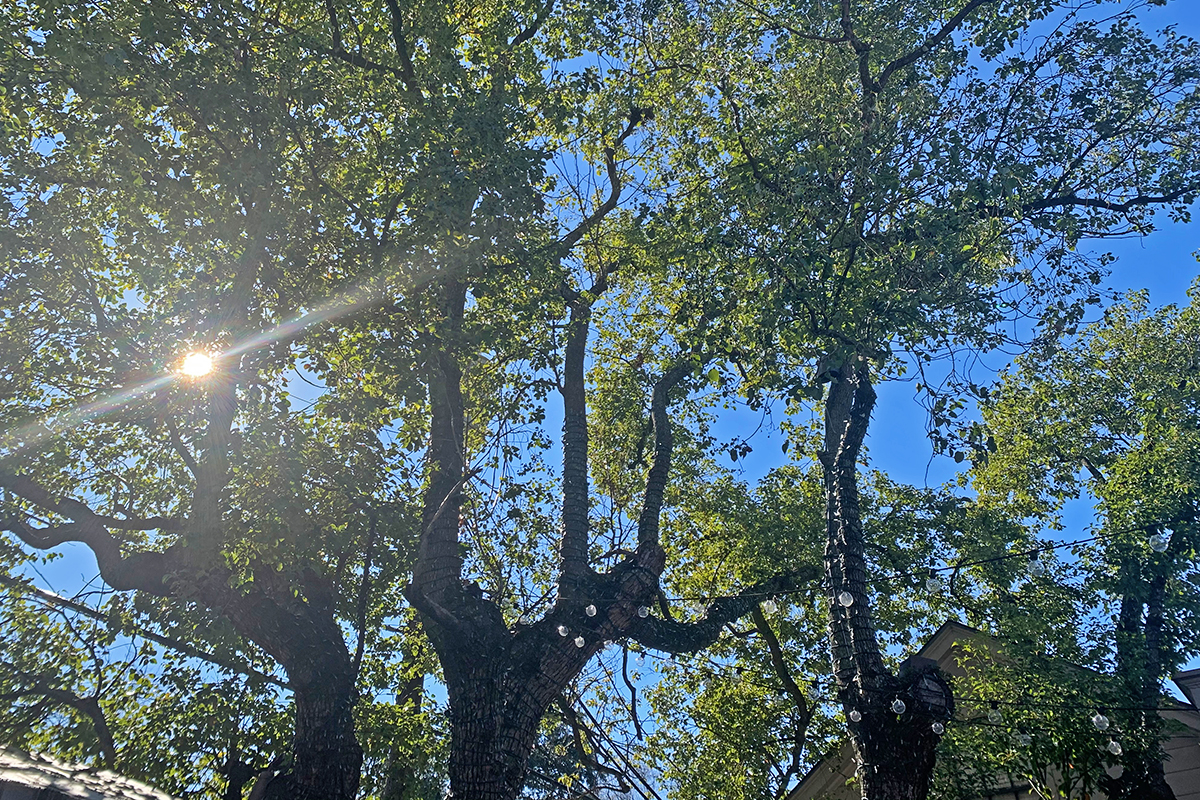 The big camphor tree at Backstreet Cafe, estimated as being 86 years old, is at the end of its life. Photo by Paula Murphy.

Some may find it silly to be sentimental about a tree, but considering that some live for generations, old ones become important touchstones. Sadly, the big camphor tree on the patio of Backstreet Cafe at 1103 South Shepherd is being removed due to disease. There are only a few days left to enjoy it as the removal process starts on Monday, January 18. The tree may be almost 86 years old, as the assumption is that it was planted when the historic house was built in 1935.

According to the Urban Forest Ecosystem Institute at California Polytechnic State University, camphor trees, or cinnamomum camphora, live from 50 to 150 years or older. Native to Japan, China, Taiwan and northern Vietnam, Camphor trees are fine in a controlled, cultivated environment but are invasive if left unchecked. The leaves exude a menthol scent when crushed.

As noted in a press release, the tree has been present for “celebrations big and small, ordinary and extraordinary… proposals, weddings, birthday celebrations, baby showers, holidays, wine dinners or just a simple brunch, lunch or dinner with family and friends.”

According to owners Tracy Vaught and Hugo Ortega, the arborist they hired said that it’s the largest camphor tree he has ever seen. Several fell victim to a hard freeze in 1983, but this one survived. (That was also the year that Backstreet Cafe opened.)

The tree may have a second life ahead, in a sense. The owners hope to use the wood to create “something special for the restaurant”. A new tree will be planted to grace the back patio with its presence and shade.