Cypress Restaurant Celebrates a Decade with Deals on Wine & Steak 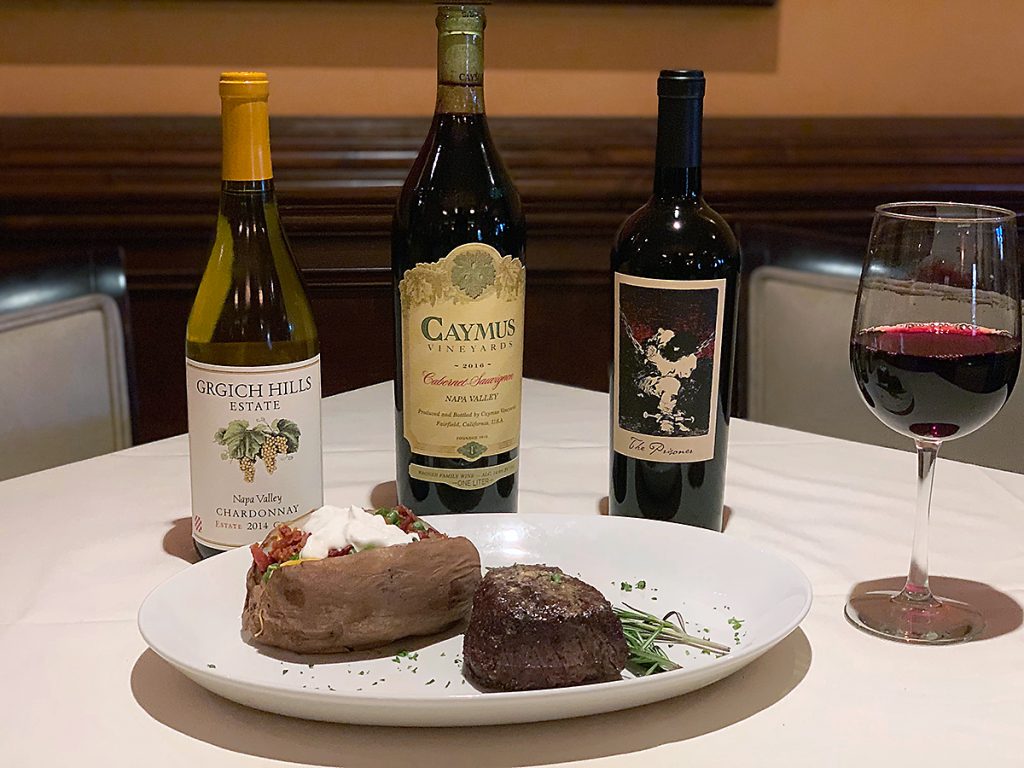 Steak and wine at Dario's Steakhouse in Cypress. Courtesy photo.

It’s fair to say that Dario’s Steakhouse & Seafood at 14315 Cypress Rosehill is one of the fancier restaurants in Cypress — as well as one of the most successful. The restaurant — operated by the family-owned Grupo Herrera Restaurants, which also runs Alicia’s Mexican Grille, Marvino’s Italian Kitchen, and Galiana’s Bakery & Café — is celebrating its 10th anniversary with a 10-day special. It’s a steak deal as well as a special featuring some of the most popular red wines in Houston. Specifically, these are available from April 22 to May 1.

The deepest discounts by far are for the wines by the glass and range from about 40 to 53 percent off. For bottles, Dario’s has knocked off anywhere from $8 to $35. Here are the deals:

Of course, wine and steak is a classic pairing and Dario’s has a special to match that features meat from a ranch just two hours’ drive away. A ten-ounce HeartBrand Akaushi filet mignon, accompanied by a loaded baked potato, costs $30 during the anniversary celebration. (Akaushi cattle are particular breed fed a special diet to help ensure the beef has a rich, melt-in-your-mouth quality.)

Diners can reserve their seats by calling (281) 304-1825 or visiting the restaurant website.