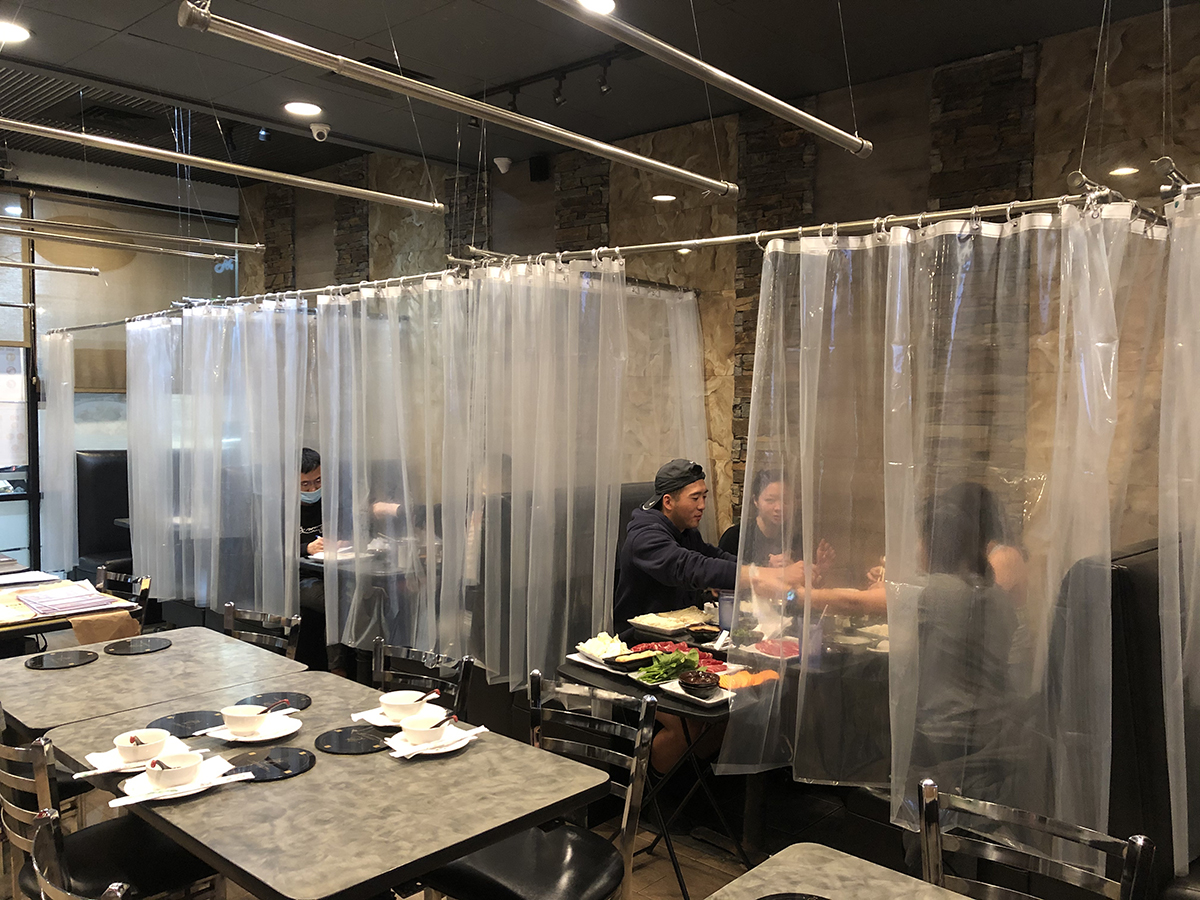 Due to COVID-19 patients exceeding 15% of total hospital capacity for more than seven days, restaurants in Trauma Service Area Q — which includes Harris County — were required to return to 50% guest occupancy earlier this week. According to Douglas Loveday, press officer for the Texas Department of State Health Service, a letter was sent to Harris County Judge Lina Hidalgo stating that the threshold was reached on Tuesday, January 5. Hidalgo announced the occupancy rollback on her social media channels.

NEW: The Harris County region officially crossed the state’s hospitalization threshold triggering #COVID19 reopening rollbacks. Honestly, this is just another milestone on the road to a catastrophe unless each of us acts. We can’t rely on a small occupancy rollback. Do your part.

Since October, restaurants were allowed up to 75% guest occupancy. (Total occupancy is determined by a fire marshall either before opening or upon inspection.) The rollback does not apply to outdoor spaces, such as patios, but social distancing rules must still to be followed.

Under the Governor Greg Abbott‘s order, bars in Trauma Service Area Q — which in addition to Harris County includes Austin, Colorado, Fort Bend, Matagorda, Montgomery, Walker, Waller and Wharton counties — are to close indoor service and only offer to-go or delivery as allowed by TABC guidelines.

However, in Harris County, where new COVID-19 cases have been on a steady climb since the end of September, Hidalgo never allowed bars to reopen. That was within her authority, as Abbott left the decision to reopen bars to the discretion of county judges.

In order to reopen, many bars applied for and received approval to operate as restaurants. Under TABC regulations, a business is deemed a bar if 51% or more of its revenue is from alcohol sales. However, some bars were either already serving food or added food service, enabling them to be re-certified as restaurants.

The net effect of the order for restaurants is the 25% reduction in indoor occupancy — which isn’t particularly significant. Many restaurants, especially smaller ones, were never able to achieve 75% occupancy due to the requirement to space tables six feet apart. “No restaurant is designed for tables to be six-feet apart and be above 75% occupancy, excluding the patio. It economically and ergonomically is not possible,” said owner Raffi Nasr of Craft Pita.

Ronnie Killen, who owns seven different restaurants in Houston, Pearland and The Woodlands, has a similar perspective. “We were never over 50% with the social distancing guidelines,” he said.

Furthermore, restaurant business is down, meaning the “problem” of a fully booked dining room is rare. The U.S. Census Bureau’s advance monthly estimates for November 2020 indicate that restaurant business was down 17.2% compared to the same month in 2019. “We’re rarely ever busy enough to hit that 50% mark anyway, so it actually won’t affect us very much,” said Christopher Huang, owner of Ninja Ramen.

The restaurant occupancy reduction is based on guidelines in Abbott’s Executive Order GA-32, which was issued on October 7, 2020. The Texas Department of Health and Human Services tracks the COVID-19 hospitalization data and issues the notification to county judges when the seven-day threshold is reached.

All affected Texas counties are required to maintain the reduced restaurant indoor occupancy and keep bars closed until “seven consecutive days in which the number of COVID- 19 hospitalized patients as a percentage of total hospital capacity is 15 percent or less.”

Houston Food Finder1 hour ago
Event Alert: Join French Country Wines this Saturday, January 23rd for a To-Go Wine Tasting event! Get the details at the link below.

Houston Food Finder2 hours ago
ICYMI: In a very surprising development, just after getting a new name and a fresh remodel that was revealed in September, Memorial area restaurant Bistro 555 (formerly Bistro Provence) is closing. Find out why in Phaedra Cook's article.
#houstonnews #houstonrestaurants #memorialhouston

Houston Food Finder with Nirmanz Food Boutique.22 hours ago
Visit Nirmanz Food Boutique in Sugar Land for outstanding dosa. These thin, crisp, ethereal and very large Indian-style crepes are stuffed with a variety of fillings and then are rolled or folded into a neat triangle. Try the ever-popular and mild Masala Dosa filled with sautéed onions and potatoes, the Mysore Dosa spread with fiery red chutney or get adventurous with the Gunpowder Masala Dosa. It’s also filled with onions and potatoes, then dusted with the “gunpowder” — a spicy seasoning blend of ground dried chiles, cardamom, peppercorns and more. Visit the website to view the full Nirmanz menu, then visit for dine in, call (832) 532-0699 to pick up or order for delivery via Uber Eats, GrubHub or DoorDash.
https://www.nirmanz.com/our-menu/

Houston Food Finder with Pearland Convention & Visitors Bureau.1 day ago
Make Hump Day easier to get over with Water Creature Wednesday specials available all day at BB's Tex-Orleans! Every week features a different type of seafood from the menu at a special price. Some examples include ALL-YOU-CAN-EAT Boiled Shrimp for just $19.99 OR boiled crawfish at five pounds for just $25! Speaking of crawfish: the season has started! Drop by BB’s Tex-Orleans at 9719 Broadway in Pearland at the Silverlake Shopping Center, call (832) 856-3200 or see its restaurant listing on the Visit Pearland website. Orders are available for dine in, to go or curbside pickup, and the BB’s Tex-Orleans website features convenient online ordering.

Houston Food Finder2 days ago
ICYMI: One Fifth Houston's final anniversary dinner is just around the corner, and the menu features favorite dishes from all the past iterations of Chris Shepherd's rotating-concept restaurant. Get the details in Phaedra Cook's article.
#houston #houstonrestaurants #HoustonEvents