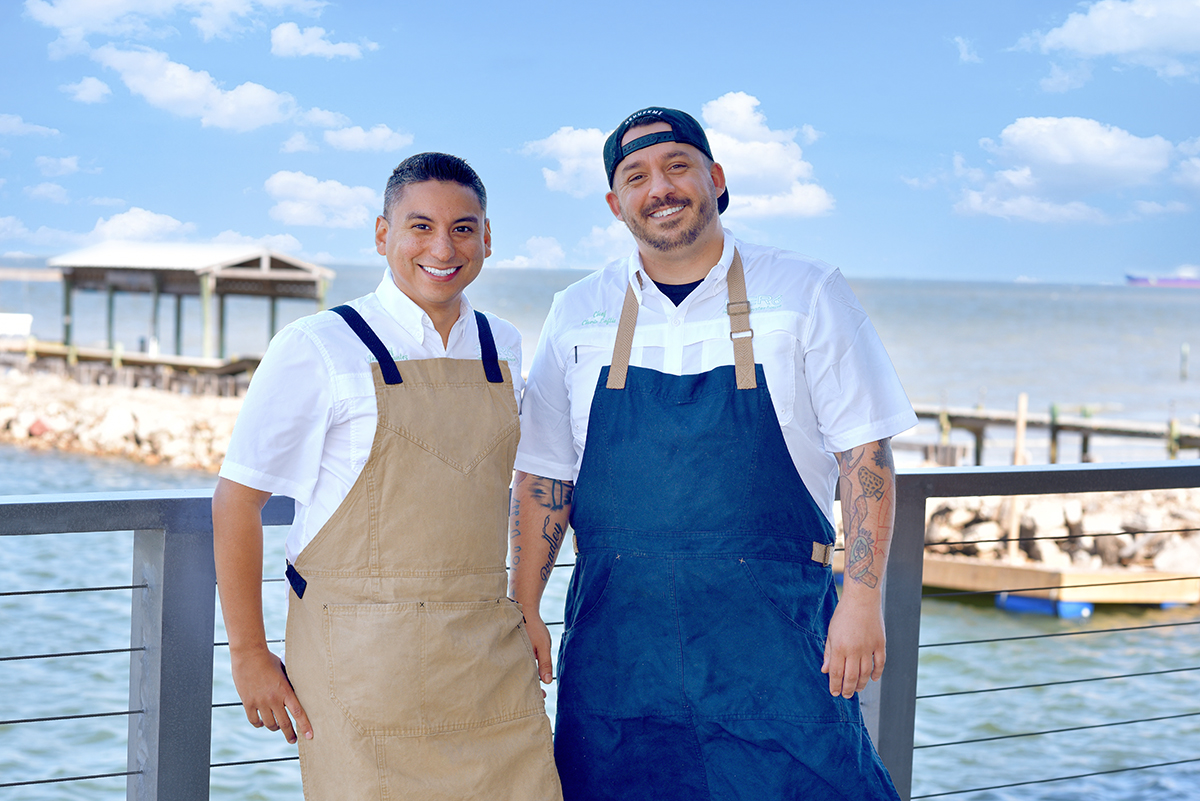 Executive chef Joe Cervantez and Chris Loftis, a former executive chef at Number 13 in Galveston, The Pearl at Sam Houston Hotel and other restaurants, have not only worked together on and off for years, but grew up together in Pearland. Now, the team is back together at Pier 6 Seafood & Oyster House at 113 6th Street in San Leon, which Cervantez recently opened with Raz Halili of Prestige Oysters, and specializes in processing oysters harvested from the Gulf Coast.

As chef de cuisine, Loftis is second-in-command of the kitchen. His most recent roles was as executive chef at the Perry’s Steakhouse & Grille location in Baybrook.

Cervantez and Loftis have known each other since third grade. Both attended the Art Institute of Houston and even started their careers at the same restaurant: Skyline on the top floor of the Hilton Americas downtown, which has long been closed. At overlapping times, each have worked for chef and owner Ronnie Killen at Killen’s Steakhouse, too.

“Chris is a hard worker, super talented, super-creative and happy to jump in to help ensure consistency and take things off my plate,” says Cervantez via a press release. “Our management styles complement each other. He builds a great friendship with the staff and is the one who likes to have fun. I’m a little more serious  — he breaks that up. It’s a good balance and a great reminder to me that work should be fun.”

Cervantez left a high-profile role as executive chef of Brennan’s of Houston for the opportunity to open Pier 6, the first restaurant he’s owned. “I’ve seen so much growth from Joe over the years,” said Loftis. “I’m proud of him. He’s a people person, he just loves making people happy. And I’m here to help make his life easier.”

With his prior experience at restaurants such as Number 13, The Pearl at The Sam Houston Hotel, the now-closed Peska, Perry’s Steakhouse & Grille and Killen’s Steakhouse, you can practically call Loftis the surf-and-turf chef. He has plenty of experience with both seafood and steak. With the former, Loftis’ approach is to let the natural flavors shine with little glorification. “I try to keep it simple. Let the fish speak for itself. Don’t overthink it, don’t overcook it, and you’ll be fine,” he said.