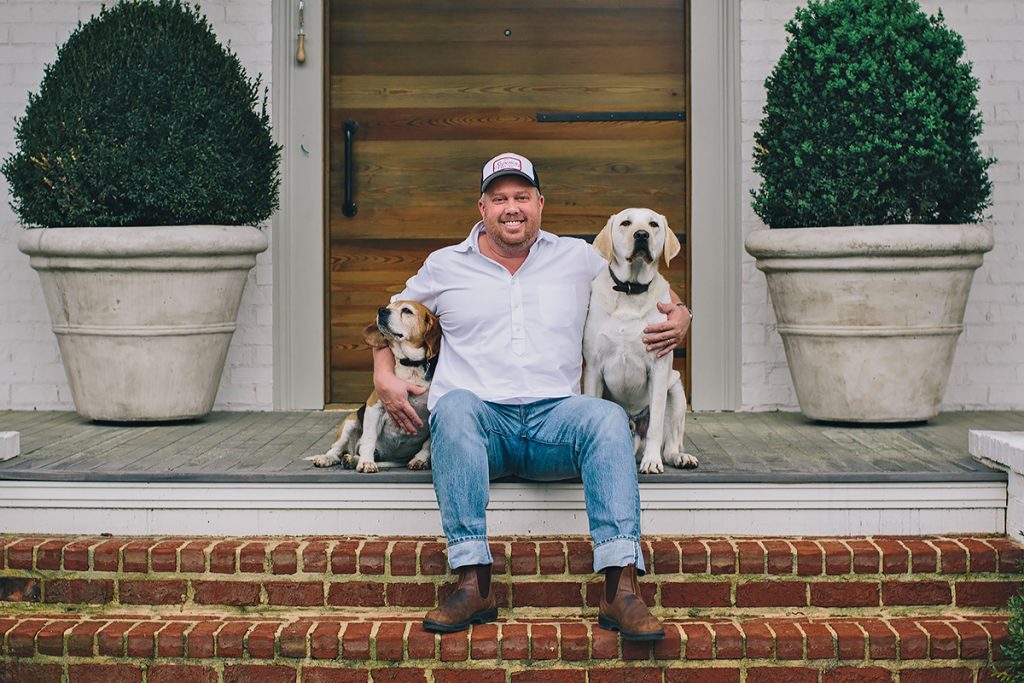 Five-time James Beard nominated chef, restaurateur and Houston native Ford Fry announced yesterday that he’s opening a second restaurant in his hometown: Superica. It’s the third of his brand of Tex-Mex restaurants; the first two are both in Atlanta. (By the way: the correct pronunciation is Super-reeka.)

Fry talked about the details of the forthcoming restaurant (and the planned “annex”) and also about the childhood experiences and inspirations that are influencing that location. Fry lived in the same River Oaks home from the time he was born until he graduated from St. John’s School. He went to the University of Arkansas (“It’s where I could get in,” he joked) and culinary school. Since then, his chef career has taken him to Aspen and then, later, Atlanta, where he’s made his home ever since.

Superica will occupy the building at 1801 North Shepherd that formerly housed Hunky Dory and Bernadine’s. Specifically, Superica is going into the Bernadine’s spot, which Fry is having enlarged by knocking out the walls that once encompassed a private dining room. “Each space is about 4,500 square feet,” explained Fry. “For us, that’s a little small for each, but 9,000 is too big for just one restaurant.”

To solve that quandary, an “annex” of Superica is going in the former Hunky Dory space. Fry intends it as a “casual, hang-out spot.” He is still trying to come up with a name for the annex, but the format will likely be “(annex name) at Superica.” “It will be a different concept but related, if that makes sense,” said Fry. “Superica will be a more straight-up current Tex-Mex while the annex will be more ‘Gulf of Texas’.”

Fry’s inspiration for the annex are vivid memories of childhood meals with his family at the Monument Inn (formerly the San Jacinto Inn) located near the San Jacinto Monument and battleground site.

“I was a little kid and my parents would take me and my two sisters there on Sundays. We were dressed up and liked it because my sisters could get Shirley Temples (ginger ale with grenadine and garnished with a maraschino cherry) and I could get a Roy Rogers (Coke with a splash of grenadine),” Fry reminisced. “There was a big hall with a bunch of tables. Food would just start coming. I can’t remember if my family ordered it or if that’s just what [the restaurant] did. There were a lot of raw oysters, shrimp, fried oysters—and they’d finish it off with a big plate of fried chicken. This oyster-fried chicken thing just screams ‘casual’ to me and is a lot of fun.”

With that in mind, Fry is installing a big fryer at the annex for fried chicken. In the middle is a big hearth (that many of us will remember as the centerpiece of Hunky Dory’s kitchen). Fry will use it for grilled oysters and “whatever we get coming off the boat.” The menu may like include an homage to either a Prince’s or Avalon Diner burger. (Fry says he used to ride his bike to Avalon Diner as a kid.)

The annex will serve a selection of agave spirits, like tequila, mezcal and sotol. However, when it comes to his own tastes, Fry likes to keep it classic. “I think I’m in a minority where mezcal seems so popular now, and I haven’t been able to pull it off, personally. I love tequila and margaritas but mezcal—can’t do it quite yet. I’m also not a fan of spicy margaritas. A lot of time you’ll find margaritas where they throw some serranos in there. I don’t know why I don’t like that. Maybe I’m just a purist when it comes to margaritas. I just love a good silver tequila, lime, good orange liqueur—I just like the simple stuff.”

According to Fry, Superica’s corporate chef Kevin Maxey, whose experience includes Gramercy Tavern, grew up just outside of Dallas. So both Fry and Maxey grew up with Tex-Mex. Superica will serve dishes modeled after—but not identical to—some of their favorites.

“When you ask someone, ‘What’s your favorite Mexican joint?’ it’s generally answered by, ‘Well, I go to this place for queso, and this one for fajitas, this one for their tortillas and this one for salsa,’” said Fry. “Growing up, I went to the Ninfa’s on Kirby—not the original on Navigation—and had the green and red salsas. So, we serve a green salsa and a red salsa. They’re different than what Ninfa’s is, but it was totally inspired by that.”

Fry is very particular about his queso, too. “At some of the big chains, it’s real bright orange and straight up easy-melt [processed cheese]. Kevin and I both like a blend of 75-percent easy-melt and 25-percent Chihuahua [cheese] with a little bit of milk and roux. We’re just picking these items based on how we like to eat them.”

Fry has not selected a chef de cuisine for the new Superica yet—the chef who will be boots-on-the-ground in the kitchen most of the time. “Hopefully, we’ll find someone in Houston or maybe even at State of Grace to take that over,” said Fry.

Fry’s first Houston restaurant, State of Grace, developed into a place embraced by what he calls “a buttoned-up crowd.” That aside, his interest in opening a restaurant in the Heights has been stirred by what he perceives as an eclectic, vibrant community. “You go to Coltivare and you can see the love that people have for that restaurant. There’s that garden and it’s casual. There are no reservations and you just walk in.”

As far as those five James Beard nominations for Outstanding Restaurateur go, Fry still seems humbled by it all. He first made it to the semifinalists list in 2013. “I loved that it was a national award [category], not regional, so that really elevated it for me. I had in my mind that I was going to make it to “the short list” [of finalists]. Then it comes out, and I read it and thought, “Oh, wake up. There is no way you should be on this list. We’re talking Maguy Le Coze [of Le Bernadin] and all these others who I’ve really looked up to.”

Fry has been a semifinalist every year since, but has yet to be selected as a finalist. As steward of a growing southern restaurant empire, it wouldn’t be surprising to see his name on that short list someday. “I’m just holding on to that long list, now!” he laughed. “Maybe in 10 or 15 years, I’ll get it.”