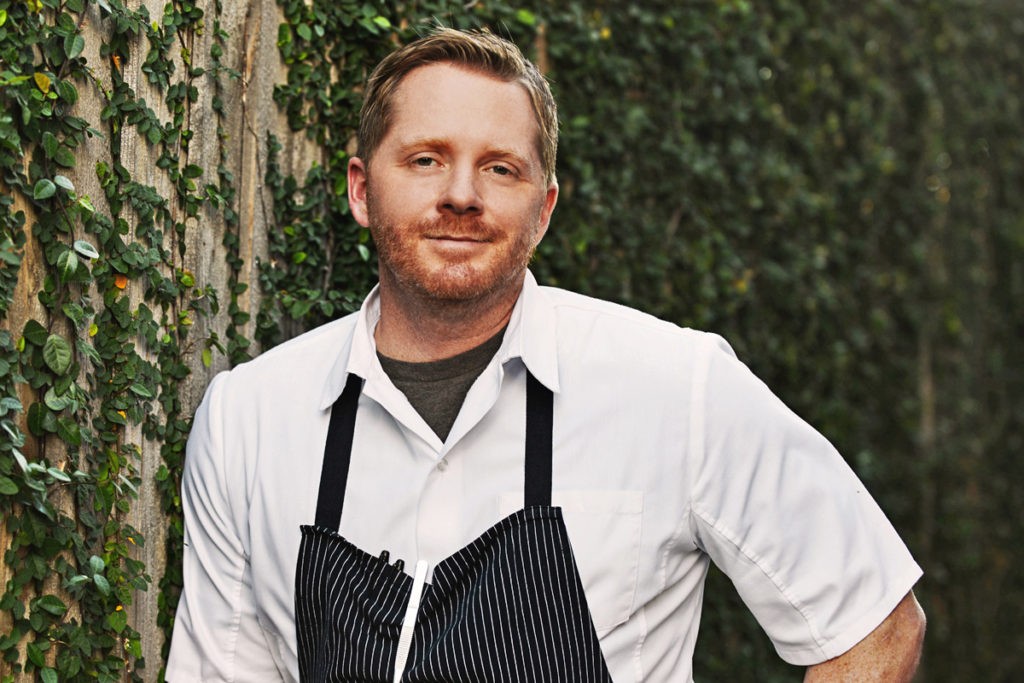 Chef and co-owner Ryan Hildebrand publicly announced on Facebook this morning that he has left FM Kitchen & Bar at 1112 Shepherd, just off of Washington Avenue. While the restaurant is best known for its quality burgers, the menu certainly is not limited to those. It features, among other things, classic Southern-style dishes, such as fried chicken, fried Gulf shrimp and chicken fried steak.

Hildebrand has been a prominent chef in Houston’s food scene for about two decades, starting when he was at Michael Del Maggi’s ill-fated but critically acclaimed restaurant, The Rockwood Room. Before it closed, Hildebrand moved on to Scott Tycer’s Textile. There, his savory tasting menu and pastry chef Plinio Sandalio’s desserts made getting a reservation at the small, airy space a hot ticket.

After Textile also shuttered, Hildebrand and business partner Chong Yi parlayed that fine dining experience into Triniti, a huge Upper Kirby restaurant space on Shepherd near Kipling. It opened in December 2011, and while the food, beverage and overall experience was stunning, there were some challenges. Most of these, such as needed interior soundproofing and lack of a prominent sign, were remedied; others were harder to solve. While at first Triniti was focused on upper-echelon dining experiences, the problem was that it also cornered it into the “special occasion” category. That led to an ongoing effort to make the food and experience more casual, approachable and affordable. It’s not clear whether diners ever really got the message.

Regardless, Triniti did the important work of bolstering the careers of other significant Houston culinary stars. That includes chef Jose Hernandez, who was pastry chef at Triniti and now helms Lucienne as executive chef in Hotel Alessandra. He was followed at Triniti by pastry chef Samantha Mendoza, who has been with Ronnie Killen’s restaurant group for the past few years. Later, Hildebrand converted the bar space into the more self-contained Sanctuari Bar, which showcased the talents of Laurie Harvey née Sheddan (who’s still part of the popular Ladies of Libation bartending service) and Leslie Krockenberger née Ross. There were others, too, including chef Pat Sommers (now at Brenner’s On The Bayou) and bartender Akiko Hagio. You can read more about the past history from our 2017 article on Triniti’s closing. These days, the spacious restaurant houses New Orleans-style steakhouse Doris Metropolitan.

Was it odd that a chef with Hildebrand’s background decided to help open the laid-back burger joint that is FM Kitchen? It may have been an under-use of his talents, but considering the message diners sent regarding Triniti, a much more casual endeavor probably seemed like more of a sure bet.

What’s next for the chef? According to Hildebrand, there a “potential project in the works,” but he’s not making further details available just yet.

What’s next for FM Kitchen & Bar? Hypothetically, it will continue to run under Hildebrand’s now-former partner, Yi. Most interestingly, in September the company announced a second location in Montrose — which way back in 2012 was touted as the location Hildebrand’s of next fully fledged restaurant, Brande. The partners first renamed the project then shelved it completely before deciding on FM Kitchen & Bar’s concept and current location. Since then, it was the short-lived home of Hampton Sandwich Co.

So that leaves questions. Will Hildebrand return to more upscale dining, another casual affair or something that’s in between? More will surely be revealed on these developments in the coming days.

Houston Food Finder11 hours ago
Thanks to a fully fledged restaurant serving a menu created by Ryan Hildebrand and overseen by Efrain Villarreal Jr., as well as a freestanding ice cream stand and bar for the over-21 set, gamers who visit The Palace Social can be well-fueled and play for hours. Ryan Kasey Baker visited and has the details on this new, fun destination for kids of all ages.