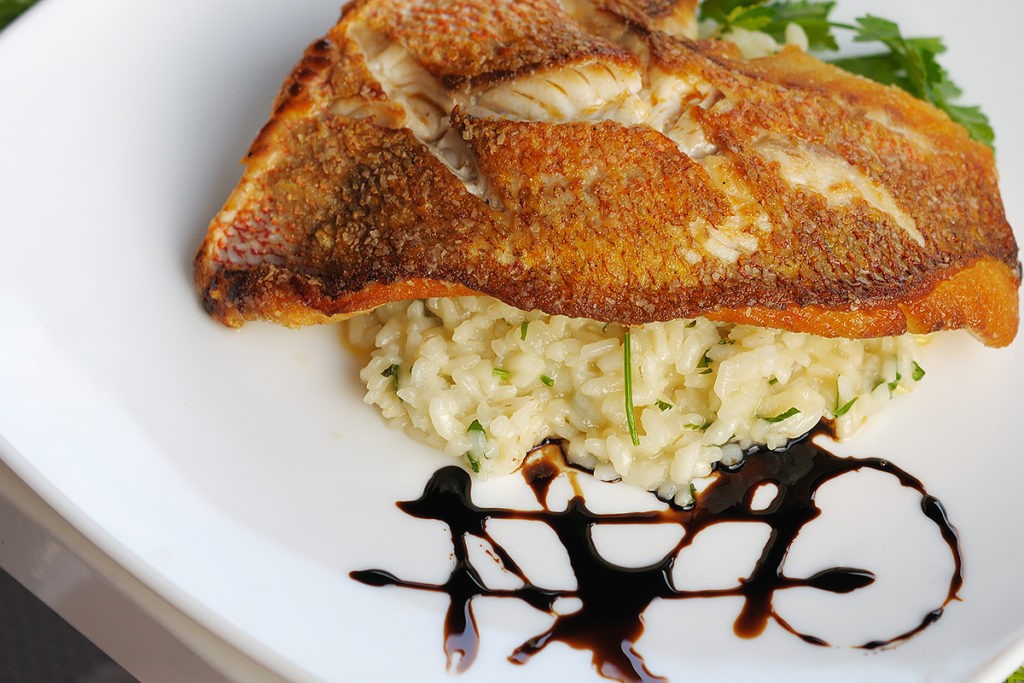 Diners at Ruggles Black or Ruggles Green may have been enjoying illegally caught fish, according to a press release by Texas Parks & Wildlife.
Photo via Flickr Creative commons by Ralph Daily

As reported by KTRK ABC 13, game wardens with Texas Parks & Wildlife are accusing Ruggles Black and Ruggles Green chef and restaurateur Bruce Molzan of “operating an illegal seafood network” that may be the largest operation of its kind ever in Texas. The department conducted a two-year investigation and believes the ring has existed since 2013.

Update, 4/5/2017: According to the Houston Chronicle, Molzan no longer owns Ruggles Green as of October 2016 and the current majority owner, Hargett Hunter Capital Partners, has not been accused of wrongdoing.

Texas Parks & Wildlife estimates that nearly 28,000 pounds of illegally caught seafood—primarily protected gamefish including red snapper, tuna, amberjack, grouper and red drum—were resold at Molzan’s restaurants at a profit of around $400,000. A dozen unlicensed fishermen are suspected to be part of the operation.

The press release furthermore states that a third-party, unnamed restaurant resold shrimp to Molzan for use in his restaurants, which violates commercial fish wholesale regulations. The third-party was not named in the press release. Houston Food Finder has inquired about the third-party restaurant and will update this article should we receive more information from Texas Parks & Wildlife.

Game wardens have issued more than 200 Class C misdemeanor citations so far—and expect there will be more. The violations include unlawful purchase of aquatic products by a restaurant, sales and purchases of protected finfish, operating without a wholesale fish dealer’s license and related commercial fishing-related issues.

This is not the first time Molzan has been accused of illegal activity, although this may be the most serious accusation to-date in the legal sense. In 2011, employees of one of his previous restaurants, The Ruggles Grill, walked out alleging nonpayment of wages. Ruggles Grill closed and Molzan went next to Corner Table—after suing his accusers.

More than a year later, employees who said they still had not been paid back wages and tips picketed Corner Table. Molzan’s response was to send out two pizzas.

All of that is on top of a trail of civil lawsuits, both filed by Molzan and against him in multiple business dealings, as detailed in 2012 by the Houston Chronicle.

We contacted local fishmonger and chef P.J. Stoops of Blue Horizon Wholesale Seafood to find out how restaurants can be assured they are legally obtaining seafood. Stoops says that they should always ask to see a dealer license number, which is “also required to be on every invoice that a fish company sends out.” Illegal fish sales are nothing new in Texas. As an example, Stoops says that it’s illegal to buy or sell wild redfish in Texas, but there is at least one sizeable company that does it anyway after legally catching them off the shores of other Gulf states.

Houston Food Finder has requested comments from Molzan, as well as from his Ruggles Black business partner Neera Patidar, and we will update this article if we receive any.