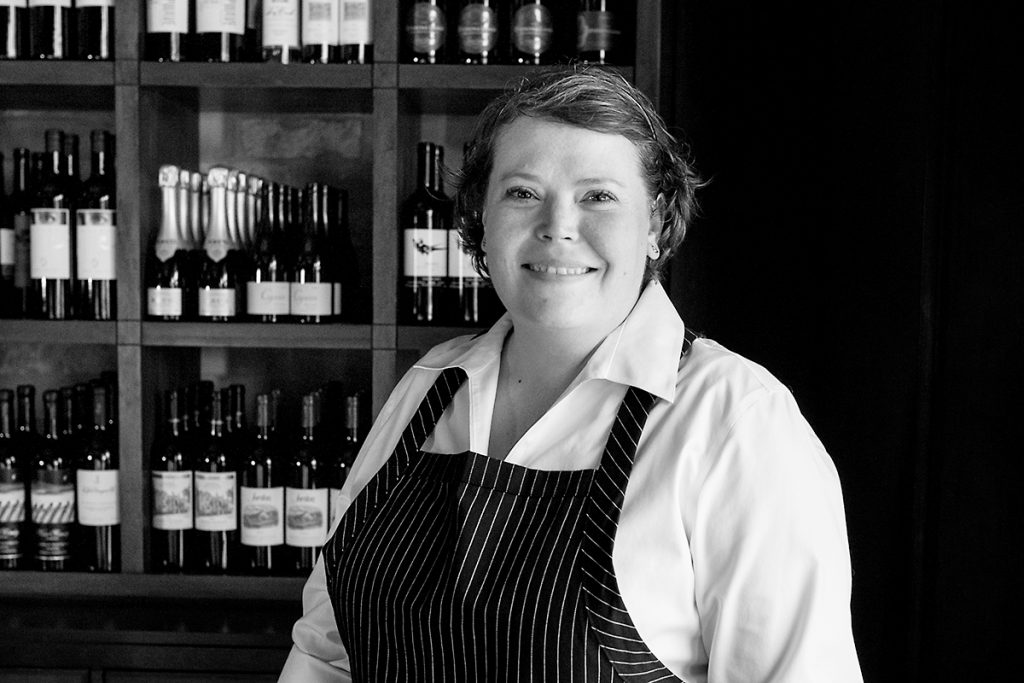 When parting ways with Clark Cooper Concepts after eight years in January, chef Brandi Key didn’t publicly discuss her goals or what she was doing next. About two months later, an announcement revealed that she’s the new culinary director for Lasco Enterprises. Lasco Enterprises, named for founder Jerry Lasco, started in Houston. The company owns Max’s Wine Dive and The Tasting Room, both of which had initial locations in Houston. The company later opened additional Max’s Wine Dive restaurants in Austin, San Antonio, Fort Worth and Denver.

Now that the news is out, that means Key is free to talk about what the future and what exactly that new job entails. She won’t say exactly why she and Clark Cooper Concepts parted ways but still speaks positively about her time there. That included helping open Punk’s Simple Southern Food, The Dunlavy, Coppa Osteria as well as two restaurants that ultimately closed, the original Coppa Ristorante on Washington and SaltAir on Kirby.

“I will never forget that experience: those restaurants, the menus, the guests, the awesome chefs I’ve had the time with and the opportunity to help develop. Those are some amazing people in my life. It was a great time. I think this next venture is going to be just as exciting and fun. It allows me to have an impact with a whole new group of chefs and staff, so I’m really excited about it.

It was Jerry’s wife Laura Lasco who got in contact with Key after seeing only that she was no longer with Clark Cooper Concepts. “She reached out to me, which was really awesome,” said Key. “It was after meeting them and getting to know them that I found they’d been following my career in Houston for quite a while. They’d been looking for someone specific for their organization. When she had an opportunity to contact me and talk about it, everything started rolling from there.”

The culinary director role was created specifically for Key as someone with previous experience in overseeing multiple restaurants. With Lasco, she’ll over see a total of nine restaurants across three different brands. (In addition to Max’s Wine Dive and The Tasting Room, Key will also oversee Boiler House, a restaurant in San Antonio.)

“I’ll be the day-to-day, in-and-out with all the chefs and menus—just all the operations it takes to run a kitchen,” explained Key. Part of that job also involves refreshing the menus of The Tasting Room and Max’s Wine Dive. “One of the things he’s challenged the whole group with is taking these restaurants and giving them a breath of fresh air. He’s very proud of the restaurants he’s created but is also taking a moment to ask what can be done better.”

As an example, when Max’s Wine Dive started 12 years ago, it was all about making wine accessible and fun. Chefs like Jonathan Jones and Michael Pellegrino created what Key calls “larger than life” cuisine to pair with it and match the slogan, “Fried Chicken and Champagne?…Why the hell not?!” (That’s an officially registered part of its brand, by the way—and Key says the company always makes sure there is actual Champagne available, not just sparkling wine from other regions.)

“I’ve always been a fan of Max’s in general,” Key said. “Twelve years ago, when [Lasco Enterprises] opened the first one, it was all about this dive where you could go in and drink great wine and eat fried chicken. It’s been a staple they’ve built on all these years. It’s always been a little darker, a little louder and a little more hip. It’s an iconic brand but it’s time to give it a bit of a new face. We want to put on new, exciting [dishes] that are ‘craveable.’”

Diners aren’t the same now as they were a decade ago, though. Many are more educated about wine these days, thanks in part to trailblazing wine bars and trained sommeliers happy to share knowledge and try-before-you-buy samples from open bottles. Also, while ribs, macaroni and cheese and stacks of mashed potatoes aren’t going anywhere, many diners want lighter options such as low carb and gluten-free dishes.

As Key said, “Part of what the brand has become is a destination for brunch, where you’ve got to have that fried chicken. You’ve got to have that chicken fried steak and many of the other things listed but people don’t eat like that on a day-to-day basis. The whole idea is to keep those things—the bloodline of what makes us great—but add dishes that are lighter and more refreshing that you can eat three times a week instead of one.” Key also stated that more Max’s Wine Dives for the Houston area might be on the way.

Similarly, when the original The Tasting Room opened, the important part was the wine and the food followed. Now, the importance of ambitious dishes at bars is nearly as weighty as the drink list, so Key is looking to the cuisines of Italy, Spain and France for dish inspiration. “Recently, there’s been an antipasti bar that’s become part of the culture there. It’s got this European feel to it and that is what I want to embrace. I want to increase the execution of everything there and just bring some new things to the table.”

In addition to reinventing some of the dishes, Key feels like this career is also an opportunity to reinvent herself. “I get to recreate myself at the same time—how I cook and how I look at things. There’s a lot of history here but for me it’s still a blank slate. What does my food look like for the next 10 years?

While Key’s new responsibilities mean she’ll have to travel to out-of-town Lasco Enterprises restaurants, Houston remains her home. “I love it here,” she said. “This has been a great town to me and I am so connected to this community. I like having my roots here. That said, I am excited to travel to other cities and markets. That just makes work more fun.”

Houston Food Finder11 hours ago
Readers, when would you like to receive the Autumn Goodie Box: the second week or last week of October? The majority of answers will decide the delivery date.