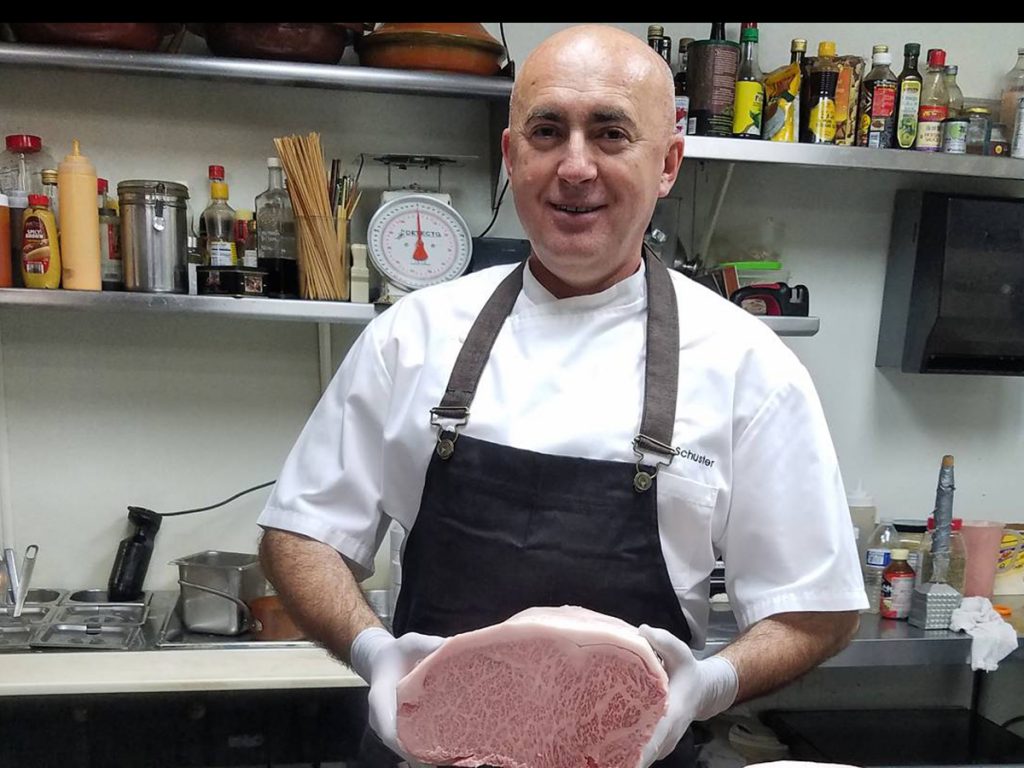 Executive chef and owner Johann Schuster of longtime German restaurant Charivari at 2521 Bagby has decided to close after 18 years in business. It’s not entirely sad; Schuster says he is doing this in favor of opening a more casual place focused on modern European fare. Charivari’s history is being celebrated with a big customer party on Saturday, May 26, the last day of business. Schuster says tickets are going to be available at the Charivari website, so those interest in attending should keep an eye that.

“After 18 years, it’s time to do something new,” says Schuster, noting that the midtown Houston crowd has changed over the years. “The new place will be smaller and in a different area with different demographics.”

Schuster is already working on what he calls an “easy, uncomplicated menu of fresh cooking” for the new restaurant and expects to reveal the name in a week or so. “There’s not going to be more fine dining and it’s not going to be too expensive,” he says. “I like fine dining, but when you don’t have the diners for it, you can’t have it.”

Some of his decisions about the food for the new place are already made. “We’ll have Wagyu in different, affordable cuts on the menu since I have a good relationship with Japanese importers. We’ll still have white asparagus dishes, too. However, we’re going to have sandwiches, too, so people have more choices,” he said. In a culinary marriage between new and old, the signature sandwich features wiener schnitzel, which is a breaded, fried veal chop common in German cuisine.

Longtime fans of Schuster’s faithful Germanic fare don’t have to despair—they can still have it at the new place. There will be a by-reservation-only chef’s table with about 10 seats that can fulfill specific dish requests. It’s also an opportunity for Schuster to showcase fresh, local items available from nearby farmers and ranchers. “I like to support the local farmers and want to continue to get those ingredients,” he said. Schuster also says he plans to continue using Gulf fish and seafood.

Schuster is not yet willing to say where the new restaurant is going to be located as a lease agreement has not yet been finalized. He does plan to offer lunch, dinner and Sunday brunch once it is open, which he currently anticipates is going to happen in about eight weeks.