Brennan’s of Houston Gets New Chef 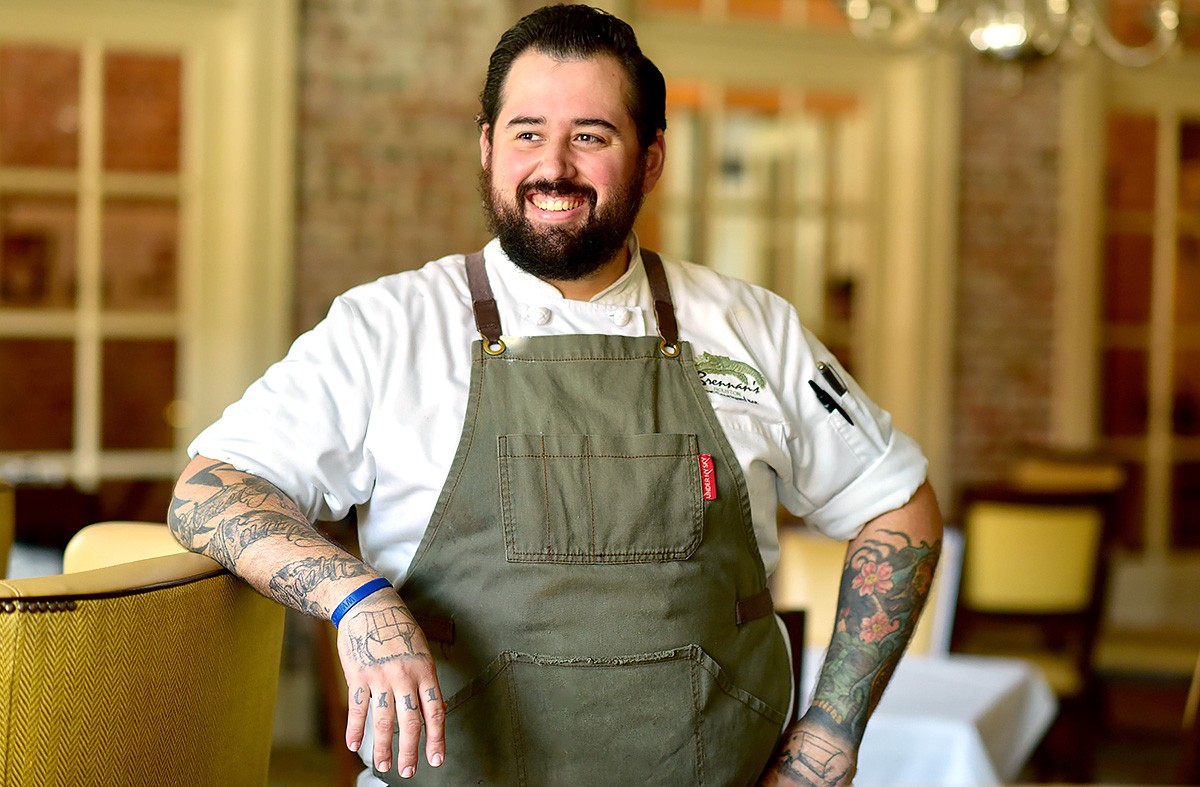 Joey Chavez is moving on to a private chef role after nine months at Brennan's of Houston. Photo by Kimberly Park.

Three years ago, Brennan’s of Houston welcomed back Joe Cervantez as its executive chef. Now, he’s leaving to open his own restaurant, Pier 6 Seafood & Oyster House in San Leon. This move opened one of Houston’s top chef positions. The new occupant of the role is Joseph “Joey” Chavez, who has been tapped to replace Cervantez. The new chef’s skill set is reported to include, “whole animal butchery, seafood preparations and developing specials with seasonal recipes,” which certainly sounds like a good fit for the venerable, acclaimed Houston restaurant.

Chavez is originally from Los Angeles but migrated to Beaumont to attend Lamar University after winning a football scholarship. There, he earned not only a bachelor’s degree but also a culinary degree. After cooking in Beaumont-area restaurants, he landed an opportunity at Wolfgang Puck’s Spago at the Ritz Carlton in Beaver Creek, Colorado. After that, Chavez went to New York City and staged at some of the most prestigious restaurants in the United States, including Le Bernardin, Per Se, Eleven Madison Park, NoMad, Dovetail and Masa. Chavez’s next ladder-climb was to join the Thomas Keller Restaurant Group in Napa, where he trained for a year at The French Laundry and Bouchon.

Most recently, Chavez was executive chef at The Bygone, a rooftop concept at the Four Seasons Baltimore, serving a modern take on French nouvelle cuisine. His work there earned him a 2019 “Best New Chef” nod in The Baltimore Sun Reader’s Choice Awards. In May 2020, he competed on Food Network’s Chopped but was cut in the second round.

“I’m excited to work with the big, bold flavors that Houston is known for. It’s a melting pot of cultures,” said Chavez via press release. “Similarly, Creole cooking welcomes influences from other cuisines. It feels like a perfect fit.”

Curious diners can get a taste of Chavez’s cooking with a new, five-course tasting menu. The dishes include Hamachi Crudo with Texas Peach and Truffled Aji Amarillo Vinaigrette, Whole Roasted Dover Sole with Smoked Oyster Meunière and Barbecue Lamb served with Smoked Tomato Tart. The special chef tasting is available to-go for $80 or in the socially distanced Brennan’s of Houston dining room, where wine pairings are also available.

Houston Food Finder16 hours ago
ICYMI: Interested in traveling the world in your search for the perfect dish? Phaedra Cook has the scoop on Houston Chef Johann Schuster, former chef/owner of Charivari, and his big plans for tasting international cuisine.
#houstonchefs #houstoneats #houstonfoodfinder #houstonadventures

Houston Food Finder1 day ago
Starting on Saturday, July 31, Saint Arnold Brewing Company is offering two brewery tours a month guided in Spanish. Want to attend on a different date? There are options for you as well. Click the article link for details.