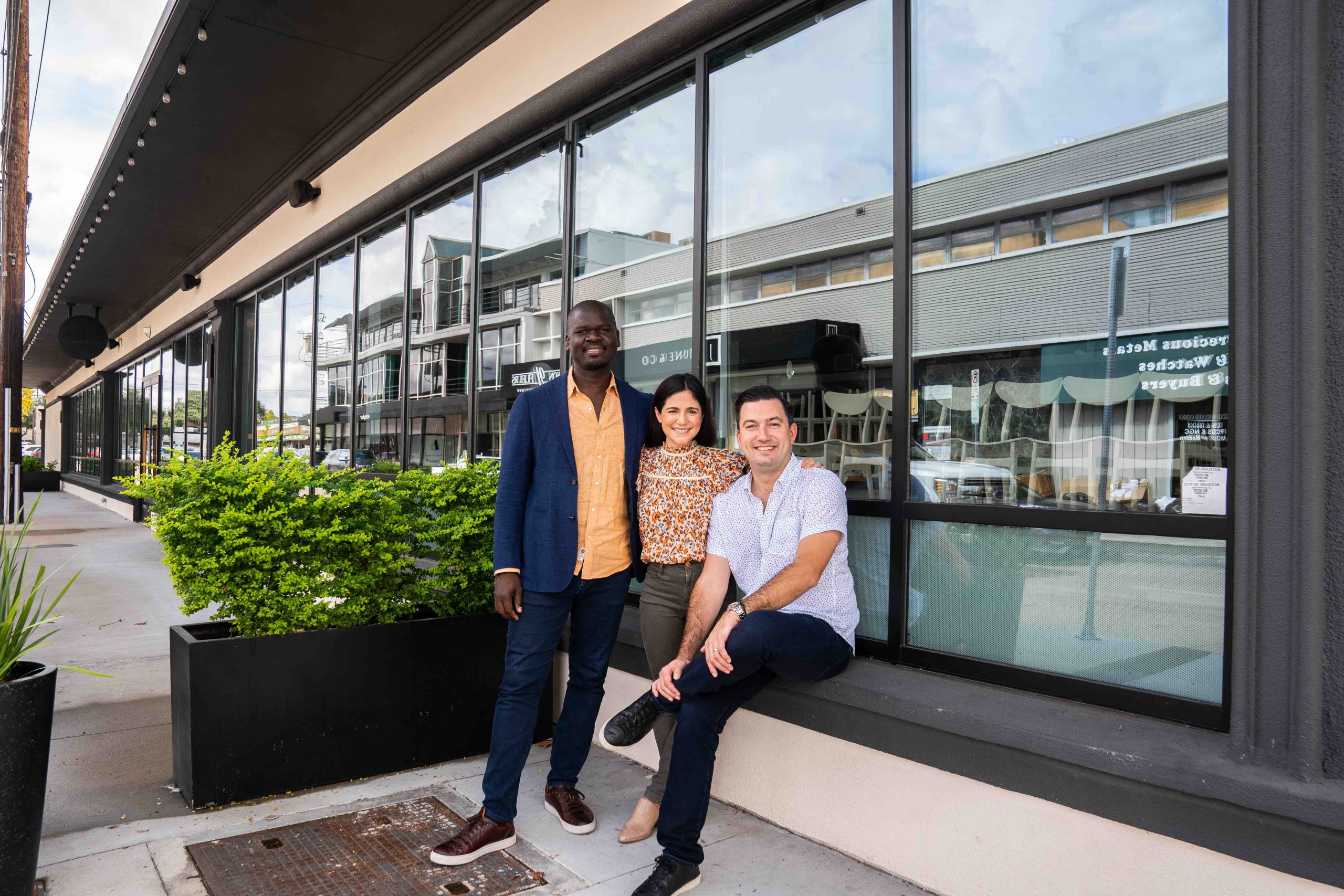 The team behind highly acclaimed Montrose restaurant Bludorn is launching a new concept in Rice Village next summer. The team — chef Aaron Bludorn, who previously headed up Daniel Boulud’s Cafe Boulud; his wife and restaurateur Victoria Pappas Bludorn, a member of Houston’s prominent Pappas restaurant family; and general manager/partner Cherif Mbodji, who immigrated from Senegal and worked at Michelin-starred Bouley as well as other highly acclaimed New York restaurants — is taking over the former home of Politan Row food hall at 2445 Times Boulevard. It closed in November 2020 due to the pandemic.

At this time, few details are being disclosed about the new concept, which will occupy the 7,100-square-foot space in the heart of the Rice Village shopping district. The Bludorn team is described in a press release as the “new culinary steward” of the location, which suggests they may be developing something other than a traditional restaurant for this large space. A representative declined to provide clarification on how the space will be used, saying that more information will likely be released early next year.

However, the team has proven they can navigate the Houston restaurant scene during these challenging times. Bludorn opened in the former Pass & Provisions location at 807 Taft in August 2020, during the the middle of the COVID-19 crisis. Fortunately, the high-end restaurant quickly garnered praise and has been a popular dining destination ever since. This success bodes well for their yet-to-be named second establishment.

Bludorn said in a statement, “From the moment we decided to relocate to Houston from New York, our goal was to open multiple concepts, and the opportunities we knew the city would provide to do that was key in choosing the Bayou City over other locations to plant roots. We are so thankful for the unwavering support of a phenomenal team, who have created something incredibly special with Bludorn – against the odds of the pandemic – allowing us to take this next exciting step due to its success.”