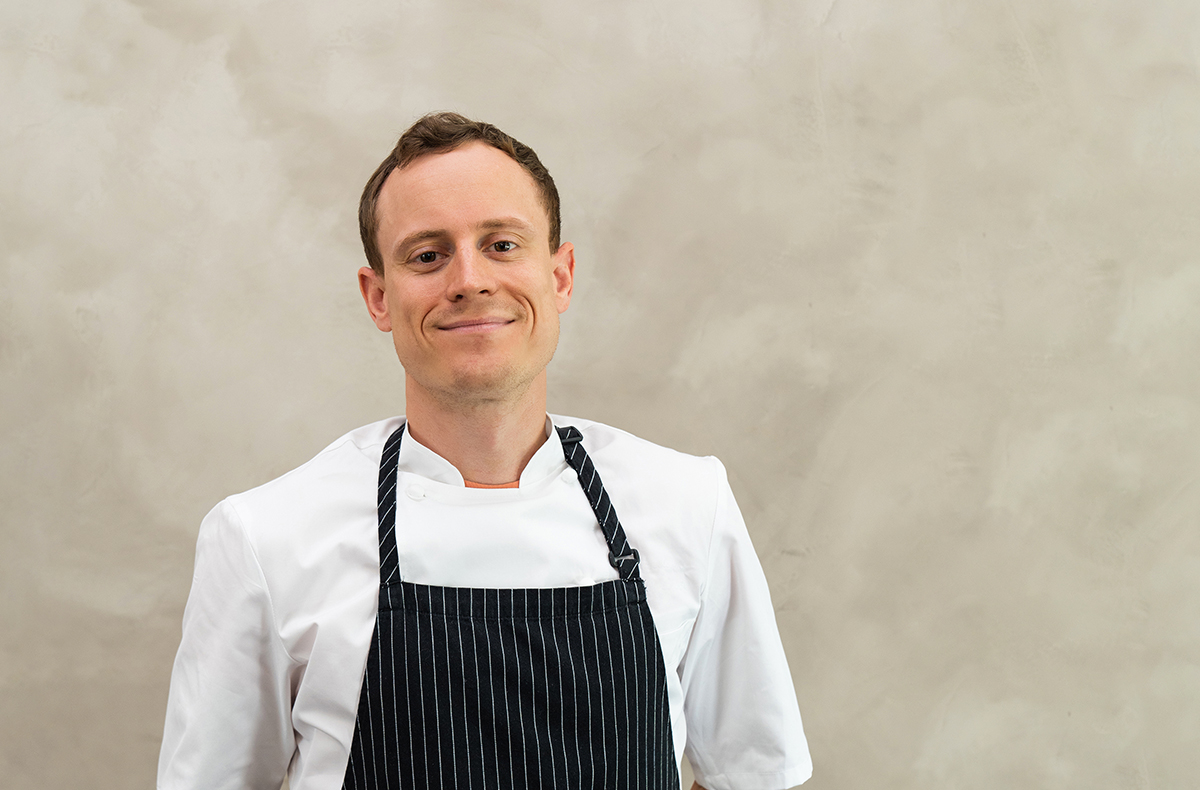 In October 2021, Aaron and Victoria Bludorn announced they were taking over the Politan Row space at 2445 Times Boulevard in Rice Village. At the time, details were scant, but the picture of what’s to come is now clearer. The Bludorns are transforming the former food hall into Navy Blue, a new restaurant focused on Gulf Coast seafood, which is expected to open in November. The Bludorns are also bringing in Jerrod Zifchak, as executive chef and business partner Cherif Mbjodi as general manager.

Bludorn and Zifchak worked together for world-renowned chef Daniel Boulud at Café Boulud in New York City. That Upper East Side, over 20-year-old restaurant officially closed (after a long, “temporary” closure during the pandemic) and is relocating. Fortunately for Houston, those developments freed up Zifchak to join Bludorn in his latest endeavor. Zifchak is a graduate of the Culinary Institute of America and worked for Éric Ripert at three-star Michelin restaurant Le Bernardin. At Café Boulud, he started as a tournant, a cook who can staff any kitchen station as needed. In 2019, when Aaron Bludorn left Café Boulud to open his first Houston restaurant, Zifchak was promoted to executive chef.

“I am beyond thrilled to join Aaron in Houston and embark on my next exciting chapter as a chef,” said Zifchak via press release. He added, “Navy Blue is a concept where I can utilize my skills, precision and genuine love for seafood and once again work alongside Aaron on an exciting menu that builds upon the wildly successful track record that Aaron and Cherif have worked so hard to achieve.”

Zifchak plans to use French techniques to create Gulf seafood dishes that are “playful, fun and accessible to everyone.” These will be served in a 7,100-square-foot space, which, like Bludorn’s eponymous Houston restaurant in Montrose, is large. At this time there are few details about the dishes but if Bludorn is the template expect both luxurious and well-executed plates.

Classically, white wine pairs well with seafood, so Navy Blue’s wine list will focus on whites from the “old world” (France, Italy, Spain, etc.). An “eclectic” cocktail program will feature “modern takes on classic cocktails.” Specific personnel and drinks have yet to be revealed, but with an opening only six to eight weeks away, more details about those, and the food, should be coming soon.