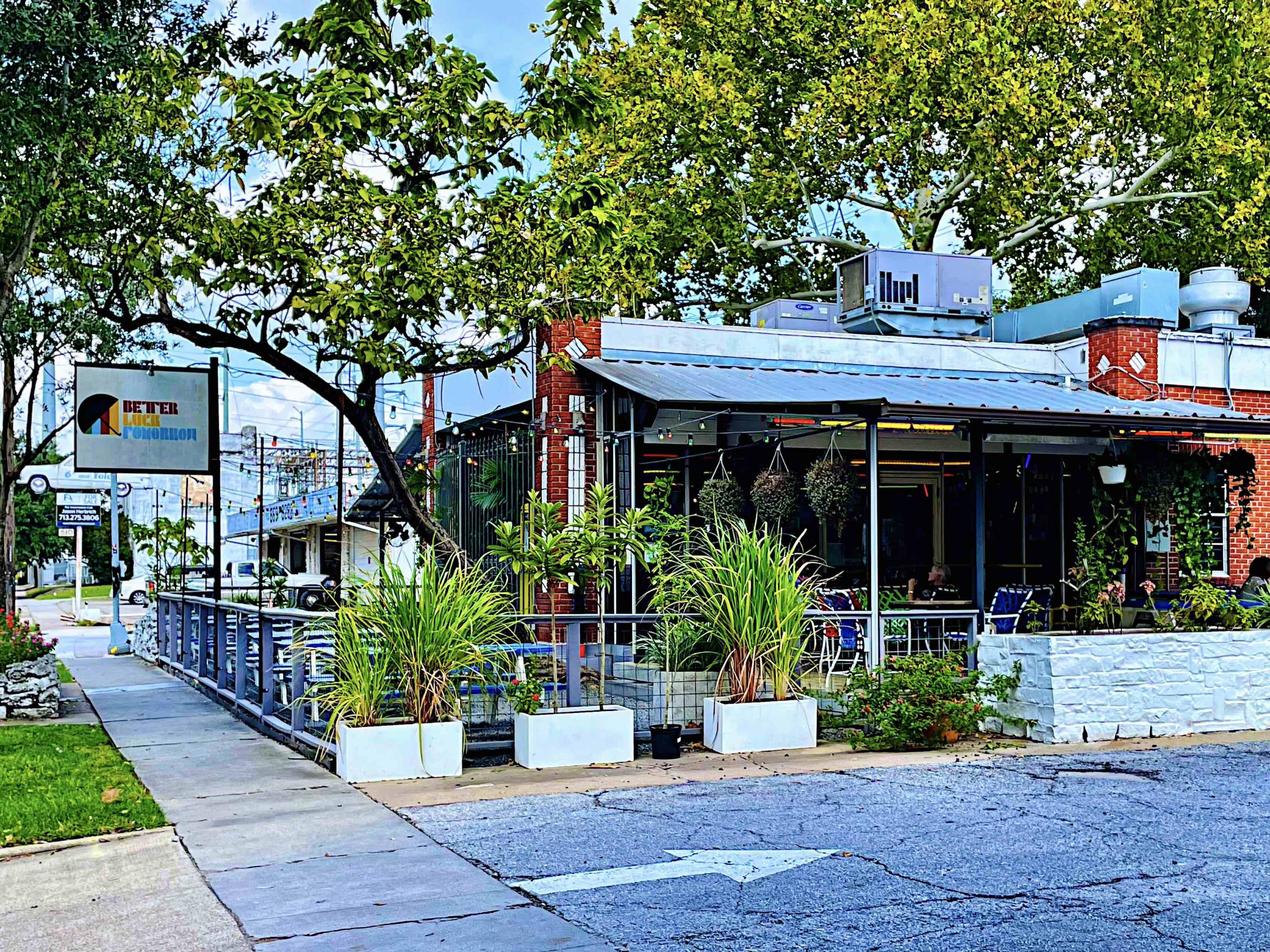 Better Luck Tomorrow (BLT) is poised become even better. Today, Justin Yu and Bobby Heugel announced that Sarah Crowl (formerly of Coltivare and Rosie Cannonball) and chef Michael O’Connor (Vic & Anthony’s) are joining the team of their bar/restaurant located at 544 Yale, which Houston Food Finder recently recognized as having one of the best patios in the Heights. Crowl will join as head bartender effective immediately, while O’Connor will begin helming the kitchen as executive chef on November 16.

Crowl previously worked with Heugel at Anvil Bar & Refuge and the now-closed Penny Quarter. Crowl also has extensive experience managing high-end beverage programs at some of Houston’s top restaurants such as Coltivare, and, most recently, at Rosie Cannonball. She’s also worked at 13 Celsius, chef Randy Evans’ long-closed Haven and Uchi.

She joins current front of house manager Anna Wilkins, who was an opening bartender at BLT before heading up the bar at Squable, Yu and Heugel’s other Heights establishment. The two should make a dynamic duo as they work to improve what Crowl calls “one of Houston’s favorite hangouts.” She plans to continue BLT’s focus on seasonal cocktails as well as add new vibrancy to its non-alcoholic offerings.

O’Connor, who attended Rice University, has long been a favorite chef among Houston food aficionados. In the early 2000s, he worked his way up from line cook to sous chef at the Houston Country Club and gained a reputation by sharing his astute culinary insights at the table and on social media. He would go on to become sous chef at Reef and Stella Sola (both now closed), before Carlos Rodriguez hired him in 2010 to be sous at Vic & Anthony’s, one of Houston’s premier steakhouses. In 2014, O’Connor was promoted to executive chef, where he orchestrated many innovative beer dinners as well as continued to make Vic & Anthony’s one of the stars of the Landry’s operation. O’Connor says, “My 11 years at Vic & Anthony’s have been amazing because of the team I’ve worked with and all we’ve accomplished.”

O’Connor has been a longtime friend of Yu and Heugel and regularly patronized Better Luck Tomorrow. O’Connor says in a statement, “Going to work with Justin and Bobby brings me an opportunity to grow and learn in a place I already love. I’m really looking forward to cooking for my neighbors and being able to put more ‘me’ onto plates under expert guidance.” O’Connor and Yu plan on first revamping the lunch menu as well as bringing O’Connor’s extensive steakhouse experience to Better Luck Tomorrow’s Tuesday Pasta Nights and Wednesday Steak Nights.

Yu and Heugel say in a statement, “Adding extraordinary talents like Sarah and Michael […] shows our commitment to continuing to grow BLT in new and exciting ways while maintaining the dedication to quality drinks and food for a humble neighborhood bar.” It also bodes well for the possible second Better Luck Tomorrow location that Heugel discussed when he closed Pastry War, his downtown mezcal bar.