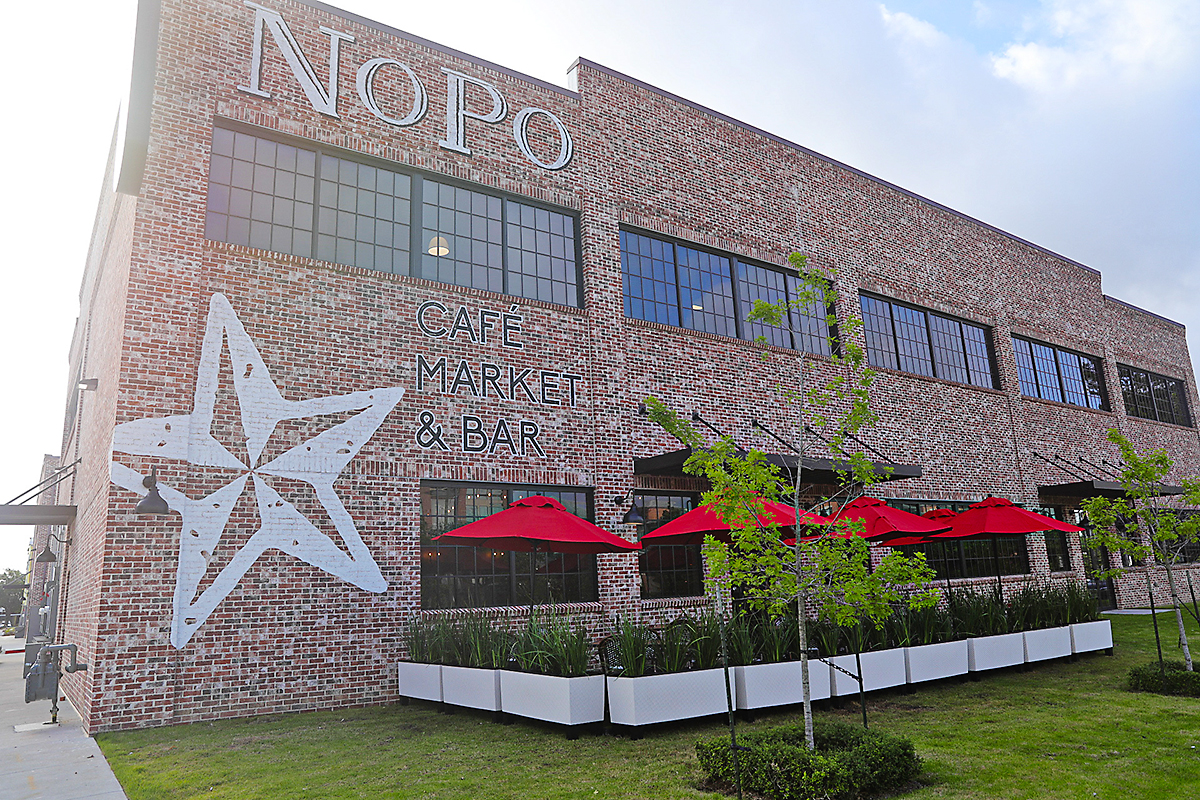 Berg Hospitality Group is adding another restaurant to its Houston-spanning portfolio. Owner Benjamin Berg announced via press release today that NoPo Café, Market & Bar, located at 1244 North Post Oak, is opening on Thursday, June 10th. (The name is an acronym that Berg coined that stands for “North” and “Post Oak”, and reflects the growing neighborhood that is east of Spring Branch, north of the Galleria and west of Timbergrove.)

Helming the kitchen is longtime, popular Houston chef José Hernandez, formerly of Lucienne in the currently closed Hotel Alessandra. Prior to that, he was executive chef of Radio Milano and La Balance after serving as the pastry chef at Triniti and Philippe Restaurant + Lounge. Ruth Messele is general manager and brings 25 years of experience operating the Center Court at nearby The Houstonian Hotel, Club & Spa.

According to the press release, NoPo Café will serve “classic, American cuisine” for breakfast, lunch and dinner, and also has a small market attached to it.

Visually, NoPo’s all-brick exterior and painted-on logo, designed by local architect Issac Preminger, makes NoPo appear to be a near relative of Berg’s first Houston restaurant, B&B Butchers. However, the experience will be much more casual, varied and affordable.

In fact, many of the dishes on the menu make NoPo look like an amalgam of other Berg Hospitality restaurants — something like Berg’s recently closed ghost kitchen, which now appears to have been a testing ground for the new place. For example, the R.H. Clay Salad — jumbo shrimp, blue crab, young lettuces, cucumber, hearts of palm, tomatoes and jicama dressed with a lemon vinaigrette — could have sailed straight off of the B.B. Lemon menu, while Ricotta Tortellini with with brown butter, hazelnuts, arugula and sage would be just as at home at B.B. Italia (which is temporarily closed and relocating to a new address).

In addition, there’s a grab-and-go menu featuring breakfast pastries, an egg sandwich, wraps, paninis, salads and approximately eight entrées, such as beef ragu lasagna and pork ribs with barbecue sauce, mashed potatoes and coleslaw. All of the menus, except for the grab-and-go, are available at the NoPo website.

To go with the simple, approachable menus, Berg Hospitality Group’s Director of Wine & Spirits, Renato Bringas, created a short, tightly focused drink list. There are five classic cocktails and wines that range in price from $36 to $115 per bottle.

“I’m excited to create a fresh neighborhood dining experience for a rapidly growing area that is really underserved by restaurants and bars,” said Berg. “Jose and our culinary team really took their time creating these menus while Ruth visited every Houston farmers market and met with several local retailers to handpick each item for the market, and I am proud of the end result.”