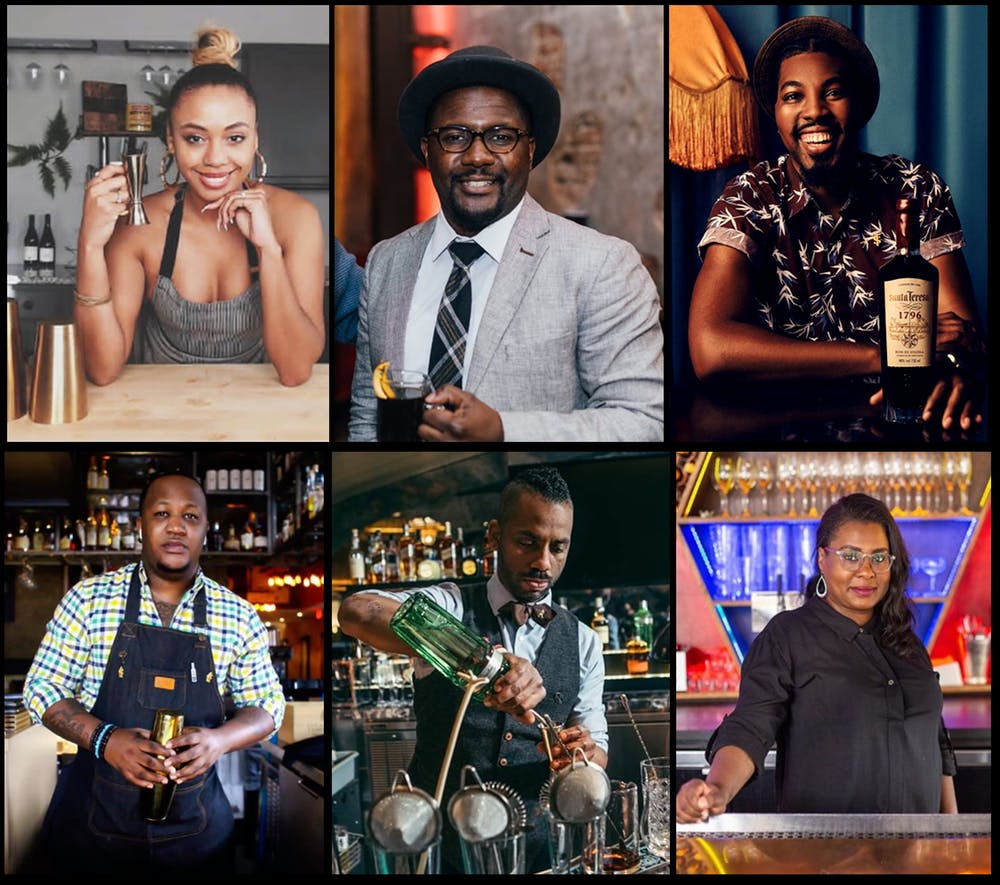 To coincide with Black History Month, Backstreet Cafe is hosting a dinner on February 26 from 7 to 10 p.m. entitled Forgotten Legacy that showcases several notable bartenders in Houston, as well as looks back on black cultural history and contributions to cocktail evolution. The cost is $114.14 per ticket, total (the figure includes tax and gratuity). A portion of the proceeds benefits Black Girl White Coat, a nonprofit organization that provides motivation and mentorship for minority students looking to pursue careers in healthcare.

“The tales of people and how they become who and where they are rank as my favorite part of life,” said beverage director Sean Beck. “Living in Houston, we are afforded chances to experience unique perspectives and learn history with which we may be unfamiliar. The opportunity to learn from others over a well-made drink and fine food is my idea of a perfect night.”

The featured bartenders are:

The drink pairings for the dinner run the gamut of spirit categories: gin, rum, whiskey and cognac. As just a few examples of the dishes and pairings, the Maroon’s Hideout by Bailey is made with rum, lemon, sweet potato juice and jerk-spiced syrup and comes alongside Pork Belly with Pineapple and Sweet Potato Couscous. Byrd’s cognac-based drink is served with Witt’s dessert: Mississippi Mud Pie with espresso cheesecake mousse, dark chocolate ganache and cinnamon crumble.

“It’s a great opportunity to shine a light on an often neglected piece of African American history within the context of bartending — craft cocktail bartenders, to be specific,” said Ryan Perry of the soon-to-reopen Bar 5015. “It’s a topic some of my co-participants and I have discussed within a contemporary context. There was a time, when we could name all of the black craft bartenders operating at skilled level in Houston on one hand. That’s definitely not the case these days.”

Among the general public, it seems largely forgotten, but there is a long history of blacks in bartending. Both before and after the American Revolution, bartending was one of the few occupations open to free African Americans. While in the South, some enslaved African Americans were forced to serve as bartenders. There was even a Black Mixologists Club back in 1898. According to “The Overlooked History of Black Mixology” by Emily Bell, “it was a marquee professional association, a gathering place for African Americans who had found an unlikely foothold in the upward social mobility of professional bartending (insofar as black Americans were afforded upward social mobility in the late 19th and early 20th centuries).”

Visit the Backstreet Cafe website for additional details and the full menu, or go straight to the ticketing page to reserve your seats. Parties larger than eight should instead call the restaurant at (713) 521-2239 for reservations.

Houston Food Finder4 days ago
ICYMI: Cinco de Mayo celebrations are a go in Houston as local restaurants and bars plan parties of all sizes. Find your fun with this list from Ellie Sharp.

Houston Food Finder4 days ago
The ever-expanding restaurant empire from Ronnie Killen boasted a new address with the opening of Killen's BBQ in The Woodlands in January. Locals can now skip the drive to Pearland to stock up on smoked meats, fan-favorite sides and decadent desserts. Writer Ryan Kasey Baker shares more about what to expect from this latest outpost, and why the sweets are superb.

Houston Food Finder4 days ago
Chill out with goodies from the forthcoming Brooklyn-based ice cream shop Van Leeuwen Ice Cream, which is opening doors to its Houston parlor this week. Learn more about the exclusive local flavor plus opening day festivities from Phaedra Cook below!

Houston Food Finder1 week ago
Margaritas, mariachis, munchies and more await revelers during this year's Cinco de Mayo celebrations. Houston restaurants and bars are hosting an abundance of parties from intimate dinners to larger gatherings (pandemic restrictions are in place at most locales noted here). Find your fun with this list from Ellie Sharp.

Houston Food Finder1 week ago
Mother's Day is on May 9th, and Holly Beretto has compiled a list of choice Houston restaurants offering everything brunch this Mother's Day. Where will you be dining with Mom this year?
#houstonrestaurants #mothersday2021 #houstonmothersday #houstoneats

Houston Food Finder with Harold's Restaurant, Bar & Rooftop Terrace.1 week ago
Celebrating Mother's Day at home? Harold's Restaurant, Bar & Rooftop Terrace has the perfect way to celebrate with its Family Meals To Go! Choose from main courses of Mama’s Southern Fried Chicken, Mother’s Day Lamb Chops, or Mama-Mia with Beef Bolognese Lasagna. The three Family Meals to go start at $45, come with sides and a choice of desserts and feed two to six. (There's a hand-picked selection of wines to add on at reasonable prices, too.) To pre-order for weekend pickup, visit the Harold's website or call (713) 360-6204.
https://www.haroldsheights.com/store/