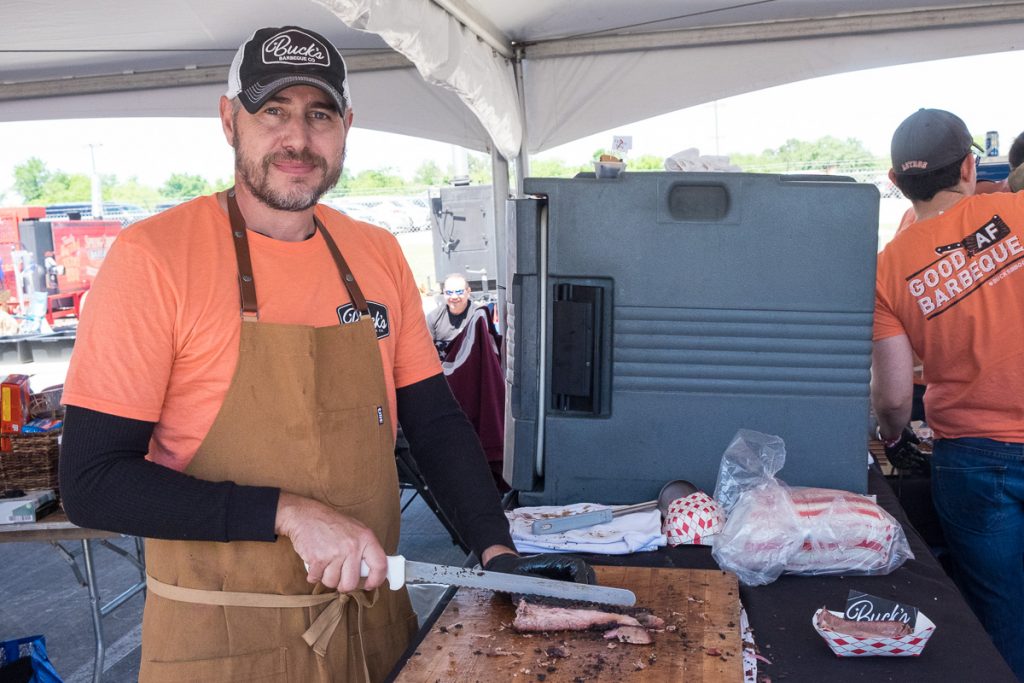 Pitmaster and owner Jim Buchanan announced today that he is closing Buck’s, one of the few Texas-style barbecue restaurants in Galveston. It was a mere eight months ago when Buchanan took over the former Farley Girls Cafe at 801 Postoffice Street. While that’s short-lived and restaurants come and go, this particular closing is particularly tragic.

Buck’s simply didn’t have a great deal of time to build up its reputation, clientele and acclaim — but all of that was growing. Also, the first few months represented a transition between the Farley Girls and Buck’s menus.

The latest nod was Texas Monthly’s Daniel Vaughn citing Buck’s brisket grilled cheese sandwich, slathered in butter and made with pimiento cheese, as one of the best barbecue bites of 2019. For Houston Food Finder, writer Carlos Brandon named Buck’s as one of the best places in the area for creative barbecue dishes. In addition to the aforementioned sandwich, Brandon also mentioned Brisket & Blue Cheese Flatbread, Pork Belly Nuggets and the Brisket Debris Po’ Boy as other off-the-beaten path barbecue creations.

The closing announcement posted on Facebook pretty much says it all:

Traditionally, business is slow for beach towns like Galveston during the winter due to lack of tourists, but it sounds like Buck’s was too young of a business and too undercapitalized to weather this period. For small business owners such as Buchanan, and with the restaurant industry being fairly risky, it’s a common problem.

Previously, Buchanan worked with owner Wesley Jurena of Pappa Charlie’s Barbeque, which moved from EaDo to Cypress. Originally, Buchanan was supposed to have established a permanent presence at Lucky’s Pub in the Heights — and then the weekend he was supposed to open, Hurricane Harvey hit and totally flooded the place. After sustaining Buck’s via pop-ups at various places, Buchanan set up shop at Lucky’s Lodge practically across the street from where Pappa Charlie’s had just moved away from. It was from there that Buck’s made the move to Galveston.

Buchanan says that he and his wife, Colleen, are uncertain about what their plans are for the future.