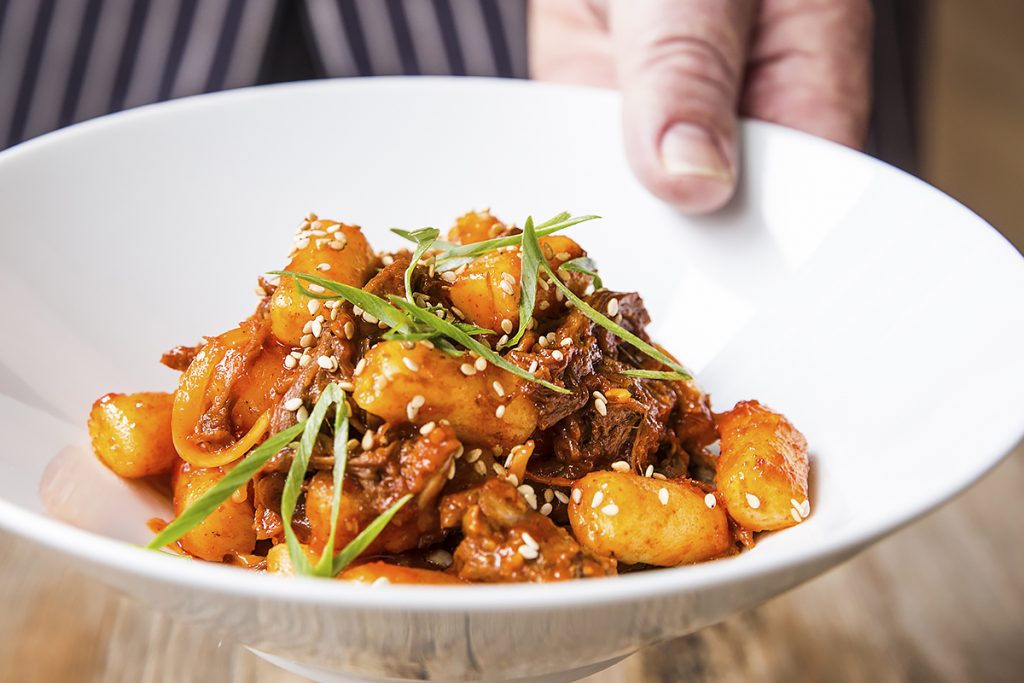 Local celebrity chef and owner Chris Shepherd of Houston restaurants One Fifth, UB Preserv and Georgia James recently published his first cookbook, Cook Like a Local. He’s now getting an opportunity to share it with a national audience. On Tuesday, December 3, Shepherd is appearing on Jimmy Kimmel Live! and demonstrating a dish from the book that can be regarded as a new Houston classic: Korean Braised Goat and Dumplings.

It has been popular ever since debuting at now-closed Underbelly back in 2012 and is one of Shepherd’s best-known creations. These days, the Korean Braised Goat and Dumplings is served at The Hay Merchant, so it makes a lot of sense that the extensive beer bar is also the site of the Houston watch party. Starting at 10 p.m., guests can get the featured dish for $10, or $5 off the normal price. In Houston, Jimmy Kimmel Live! airs on ABC-13 at 10:35 p.m. There are no reservations, so seats are available on a first-come, first-served basis.

Fans in or near Los Angeles can request tickets to attend the show in person from the 1iota website.

Another guest for the evening is British actor Henry Cavill, who played Superman in the DC extended universe movies. Hopefully he’s got some of those Man of Steel qualities in real life, because those gochujang-sauced dumplings do pack a punch.