A Big Deal: Antone’s Famous Po’ Boy Is Only 55 Cents During Anniversary Week 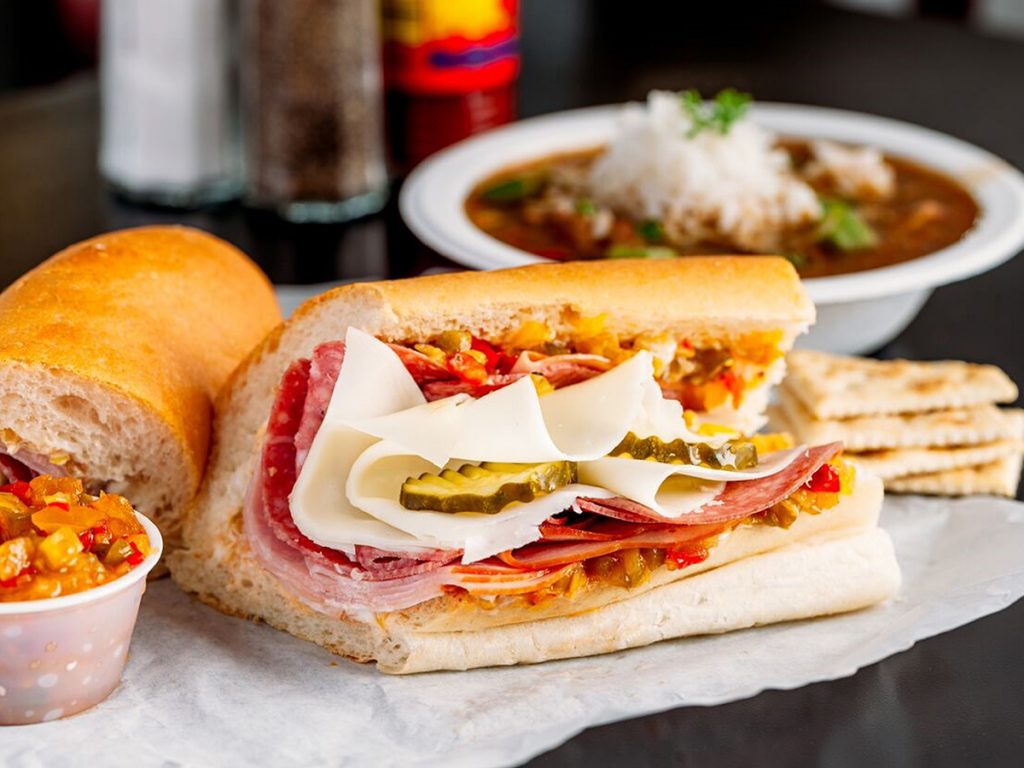 Set a calendar reminder now: from September 11 to 17, diners can score an Original po’ boy—with ham, salami, provolone, chow-chow, relish, mayonnaise and pickles—at Antone’s Famous Po’ Boys locations for only 55 cents from 1 to 3 p.m. Customers can take advantage of the deal every day of the promotion during those designated hours.

That deep discount makes it well worth planning for a slightly later lunch. There’s a generous limit of four per customer per visit and at only 55 cents each, that’s a easy way to score brownie points with bosses, co-workers and family members.

The specials—available at the Antone’s Famous Po’ Boys stores at 4520 San Felipe and 2724 West TC Jester, as well as kiosk locations at 3 Greenway Plaza and the downtown tunnel at 811 Louisiana—mark the 55th anniversary of when Jalal Antone opened the first Antone’s Import Company.

Other Antone’s po’ boy styles are also on sale. The Super Original (same toppings as the Original, but with extra meat and cheese), Turkey (with oven-roasted turkey, Swiss cheese, mayonnaise, and bread-and-butter pickles) and Tuna (with housemade tuna salad, provolone and pickles)—will be $1.55. That’s $5.40 less than usual.

In addition, all of Antone’s deli and hot sandwiches will be $5.55 during the anniversary week, the only exceptions being the fried po’ boys.

Antone’s is also giving diners a gift to-go. Any customer who visits during the promotional hours of 1 to 3 p.m. also gets a 19.62-percent-off coupon that’s good through December 31. (1962 is the year that the first Antone’s Import Co. opened.) The coupon is good for dine-in or to-go orders, not catering or delivery.

The original Antone’s Import Company was a combination sandwich counter and grocery store. (It was fast-casual before it was cool, y’all.) The son of Syrian immigrants who was raised in Port Arthur, Antone started serving New Orleans-style po’ boy sandwiches as a way to get people in the door who had no familiarity with traditional Middle Eastern dishes. The sandwiches’ popularity helped him maintain Antoine’s Import Company as a source of spices, dry goods and other ingredients common to his family’s native cuisine. After 40 years in business, Antone’s Import Company closed in 2004.