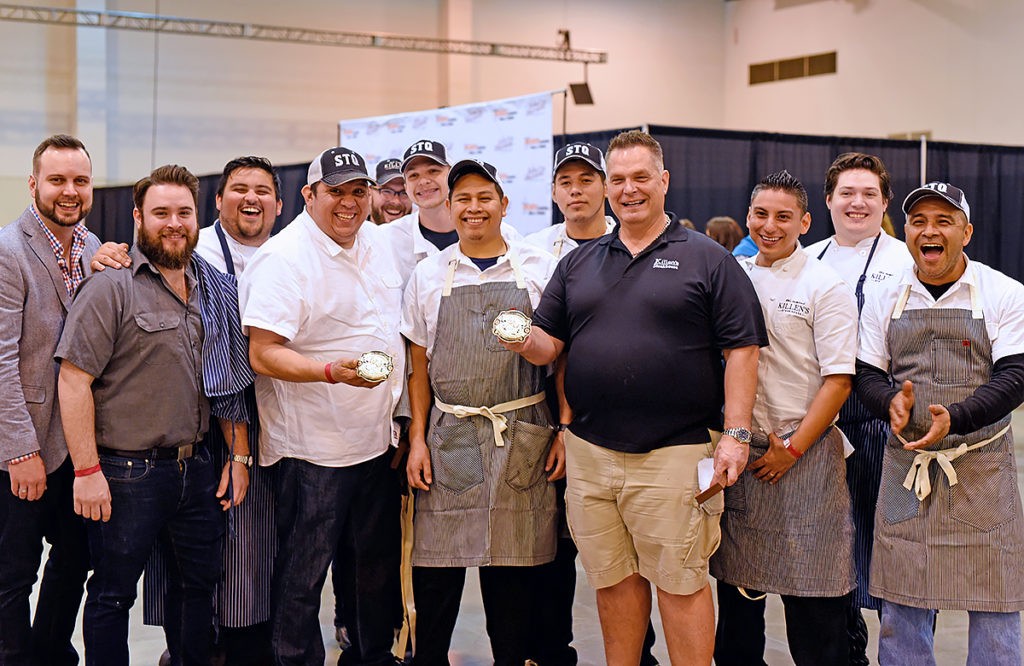 Along with the 113 restaurants serving up their best appetizers, entrees and desserts, vendors and volunteers poured over 400 wines that were judged in the Rodeo Uncorked! International Wine Competition this past November. Attendees sampled great food and wine while restaurants showcased their creativity and style.

Some of the longest lines on the floor were for Killen’s STQ’s pork belly burnt ends. The dish would go on to win a People’s Choice award, as well as take second place in the Lone Star Entrée Category. Merlion on 4th’s Thai dish, Shrimp Raad Prik, took first place in that category. Longtime favorite Royer’s Round Top Café took home the other People’s Choice award for the eatery’s Not My Mom’s Apple Pie.

Mostly Chocolate’s sweet-with-a-crunch hazelnut, goat cheese and pop rocks confection dusted with cocoa brought home the Two Steppin’ Dessert crown. Judges who rated the dishes that made it to the final round praised its texture and taste.

Winners received a blingy belt buckle and bragging rights. That said, with so much great food and wine, the real winners were easily the attendees. Here’s the complete list of winners.