Who Makes the Best Bao in Houston? Check Out These Winners of This Year’s Big Bao Battle 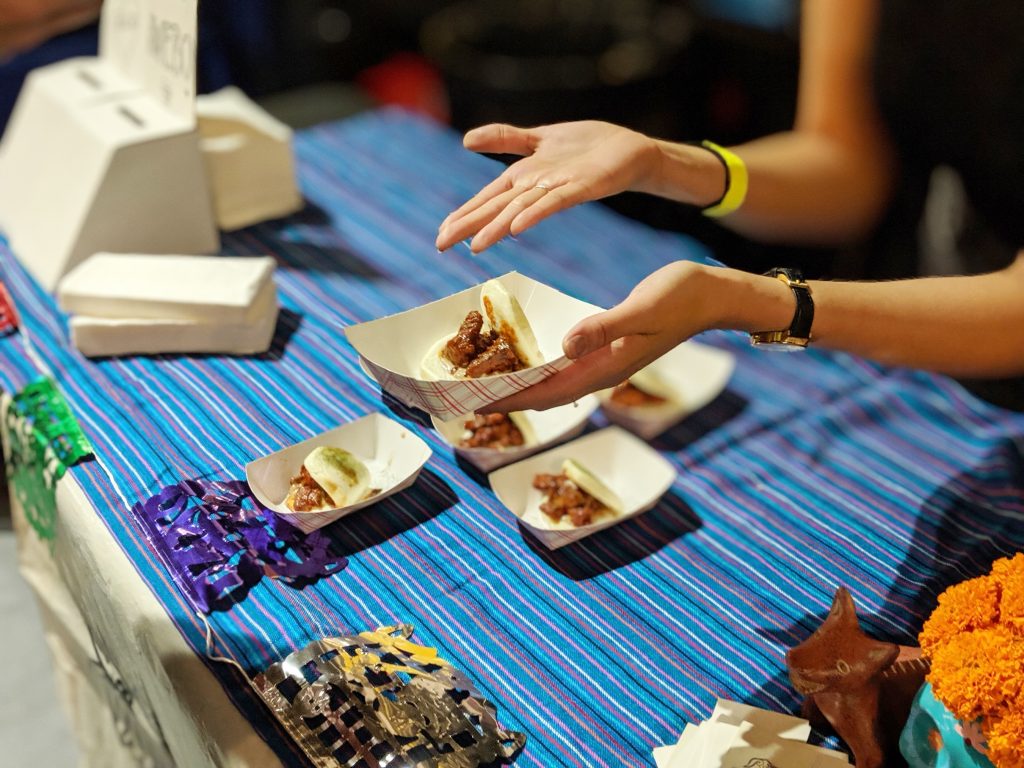 Last night, at The Ballroom at Bayou Place, 12 chefs and restaurants battled for the honor of being named as having the best bao at the 4th annual Big Bao Battle. The charity food competition benefiting the OCA-Greater Houston welcomed over 400 guests to eat as many of the traditional Chinese steamed bun sandwiches as they could and vote on their favorites.

Given the event size, judging was left to the attendees. Ballot boxes were placed at each table for “People’s Choice” and “Most Creative”. Guests combed the ballroom as OCA Houston president Cecil Fong emceed the event and introduced various OCA board members and honorees.

Perhaps surprising to some, the list of twelve competing restaurants and chefs included only a handful of Asian cuisine specialists — and none specializing in bao. This made for a wide breadth of cultural and culinary inspirations, including barbecue, interior Mexican and Middle Eastern cuisines.

Highlights included a Pork Pastor Bao with a hoja santa (Mexican pepperleaf) dusting from Tlahuac, the interior Mexican pop-up by chefs Nicolas Vera and Stephanie Velasquez, as well as a Smoked Wagyu Bao by Wagyu supplier, R-C Ranch. Neither won the top prize, however, as competition this year was stiff.

This year’s winners and runner ups were as follow:

To paraphrase the evening’s honoree and member of the OCA-Greater Houston Advisory Board, State Representative Gene Wu: Asian culture, while vibrant and wonderful on its own, can fit in naturally with other cultures as part of the greater melting pot of American multiculturalism.

The 4th annual Big Bao Battle was, as always, both a valued fundraising opportunity for an organization advocating for immigrant rights and a vital opportunity to showcase and experience Houston’s pervasive sense of multiculturalism.