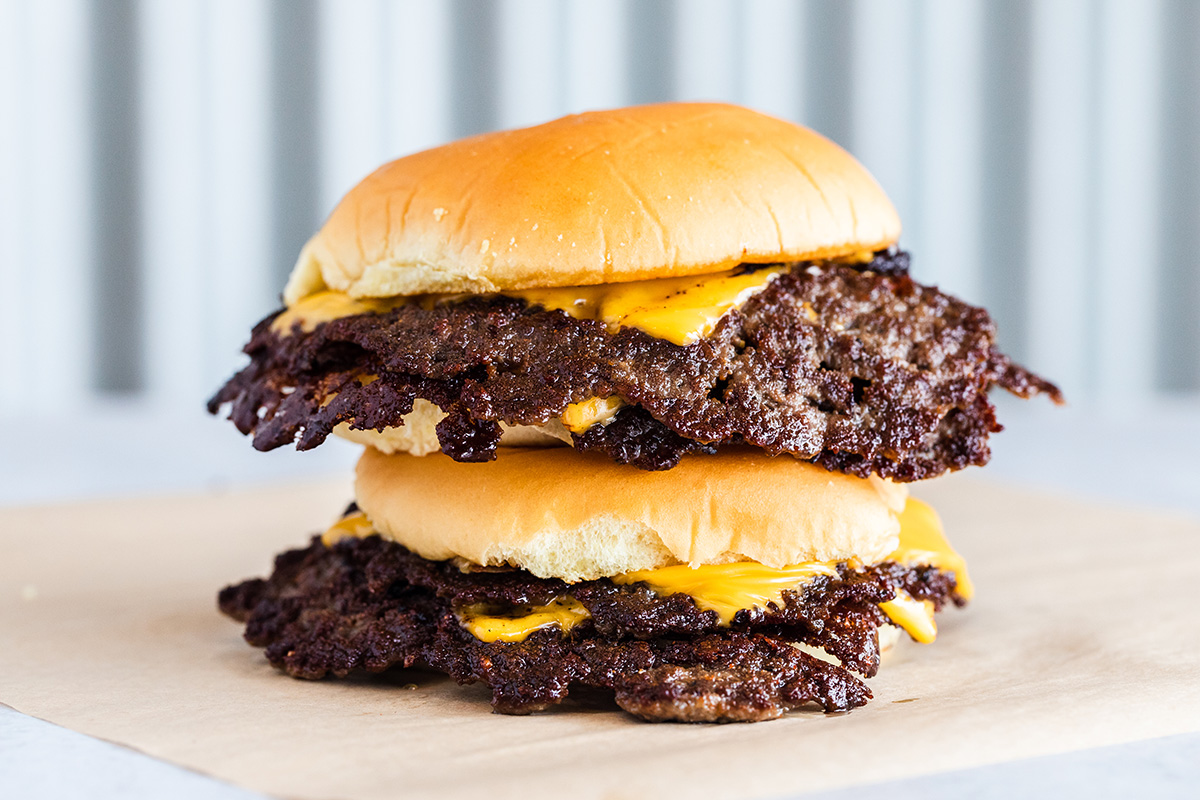 Trill Burgers, recently named as having the best burger in America, is hosting its first dine-in pop-up at Harold's in the Heights. Photo by Becca Wright.

On July 29, a panel of celebrity judges on Good Morning America named Houston-based Trill Burgers as having the best burger in the country. The burger company went to the national competition after beating another Houston favorite, burger-chan, in a friendly, local-level competition that seems to have benefitted both small businesses. Now, Trill Burgers are coming back home, and are featured at two upcoming pop-ups. The first is on Sunday, August 14 from 12 to 6 p.m. at 8th Wonder Brewery, located at 2202 Dallas. A second pop-up is two weeks later, on August 28 at Houston City Hall at 901 Bagby from 3 to 7 p.m.

Trill Burgers was founded by Houston rap star Bun B (Bernard Freeman), restaurateur Andy Nguyen and publicist Nick Scurfield. The chef is Mike Pham. The burgers charm fans thanks to deeply seared, smashed-style patties made with 44 Farms Texas beef. Rounding out the burger is “Trill sauce” and pickles on a Martin’s Famous potato roll.

(Interestingly, Martin’s Famous recently landed in hot water with influential people in the food world, such as J. Kenji López-Alt of Serious Eats and Tom Colicchio of Top Chef fame, after it was discovered the owners make significant financial contributions to a far-right political candidate.)

Trill Burgers has mainly been serving its food at events, but the first brick-and-mortar location is reportedly coming “soon.” The styles at the upcoming pop-ups are the OG Trill Burger, Grilled Onion Burger (with deeply caramelized, thinly sliced onions), Vegan Smashburger and seasoned fries.

There will be additional food vendors at the city hall event, as Bun B is inviting some of his favorite food trucks. At 8th Wonder, the special features are the Bun B-inspired drinks. The brewery recently created Trillionaire Watermelon Herbal Seltzer and Brew GK Apple Kolsch, a limited release.

Plan on arriving early. With the newfound national attention, sell-outs are highly likely, and the food is available on a first-come, first-served basis.