Houston Pastry Chefs Rise To Save Weddings From Disaster 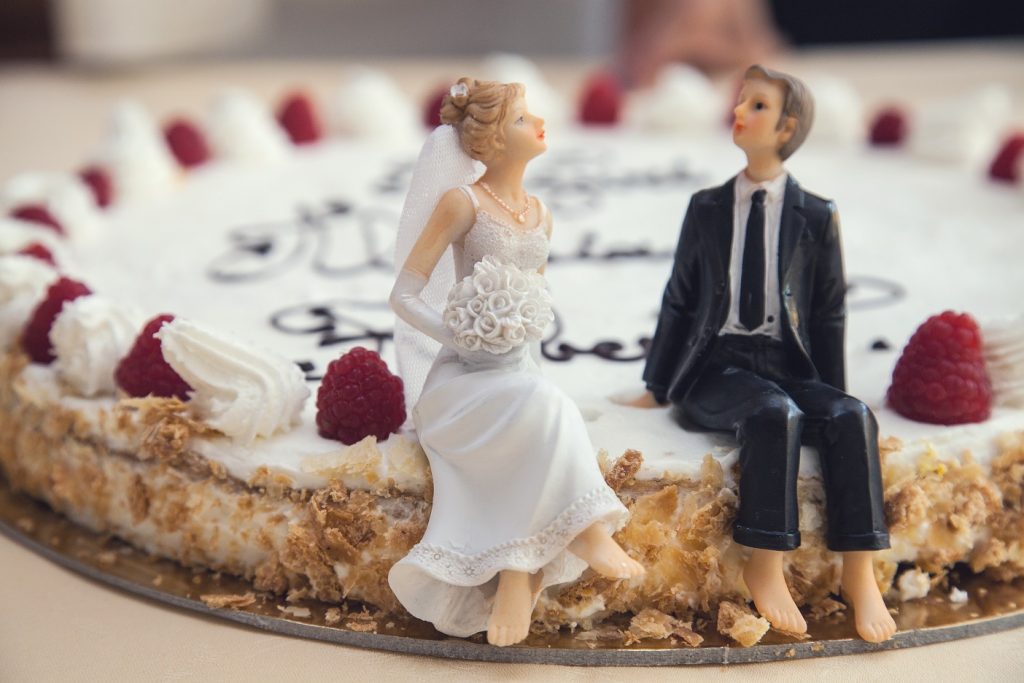 Wedding cake disaster with a silver lining for some couples who's baker has disappeared. Free stock image via Pexels.

Getting married is usually one of the happiest events in someone’s life. It’s the culmination of months of planning, with many skilled, professional vendors coming together to make the day memorable. Unfortunately, that’s not quite been the experience of several Houston couples or parents trying to help put on weddings for their offspring. They have filed official complaints against supposed pastry chef Adam Longoria of Edible Designs Cakery And Desserts, claiming that he took their orders, took their deposits and then disappeared.

As first reported on KPRC Channel 2, investigative reporter Bill Spencer spoke with some of the victims, including Amanda Stafford, about their experiences with Edible Designs. Stafford said that Longoria absconded with her and her fiancé’s hard-earned downpayment of $633.50 and has never returned emails or phone calls. Over the course of its investigation, KPRC discovered many other couples with similar stories: 24 all told. The Houston Better Business Bureau also has complaints from fourteen unlucky couples.

However, Houston is a city with a reputation for helpful, friendly people and two pastry chefs are offering to help save the day. After the KPRC story link via Project Houston was shared to the Houston Food Finder discussion group, both Jody Stevens of jodycakes and Elizabeth Hale of Cake Fine Pastry immediately said they wanted to help. While they can’t give wedding cakes away, they’d like to hear from the couples who got ripped off and offer some assistance.

Hale says she’d like to help turn this nightmare into a dream. “I will work with any couple that shows me their contract with Edible Designs. We’ll do the best we can to get them a cake within their budget,” Hale said. “They can contact us and set up a consultation to see what can be done. I can turn cakes around very quickly so even if someone is getting married next week, I can get it done. We’re also LGBTQ friendly.”

Hale has seven years of experience in the food industry. She began baking in her home.  Then, she opened a food truck before transitioning to two brick-and-mortar locations in Cypress: Plum Coffee Shop and Cake Fine Pastry. Hale was on an episode of Food Network’s “Winner Cake All,” which aired on March 11 of this year. Since then business has been booming  — Hale had a half dozen walk-in customers during our brief call.

For those who’s budget has been completely tapped by the broken contract, Cake Fine Pastry has options that are less expensive than traditional elaborate wedding cakes that could make for a unique, sweet option. “We do brownie bottom cakes with a layer of brownie and a layer of cake.  We also make push pop cupcakes,” Hale said.

Stevens of jodycakes said she’s also interested helping couples scammed by Edible Designs Cakery. “I’m happy to talk with any of the affected couples about their situation to see what I can do,” she said.

Stevens has been baking in Houston since 2008, after she perfected her vegan, gluten-free and organic baking skills in Los Angeles. During her 11 years in business, she’s helped other couples who didn’t have a cake to celebrate their big day. “I helped create cakes for the mass ceremony in 2015, just after same-sex marriage was legalized. I helped after Harvey when people had to reschedule their weddings and didn’t get their deposits back. So I’d love to help however I can,” Stevens added. Like Cake Fine Pastry, jodycakes can accommodate orders with a week’s notice.

Houston is home to many talented bakers and pastry chefs such as these who care about making clients happy. Hopefully, the couples who were ripped off by Longoria will all get to finally have their cakes and eat them too. Even a post-wedding cake party sounds like a fun way to shake off this bad experience.