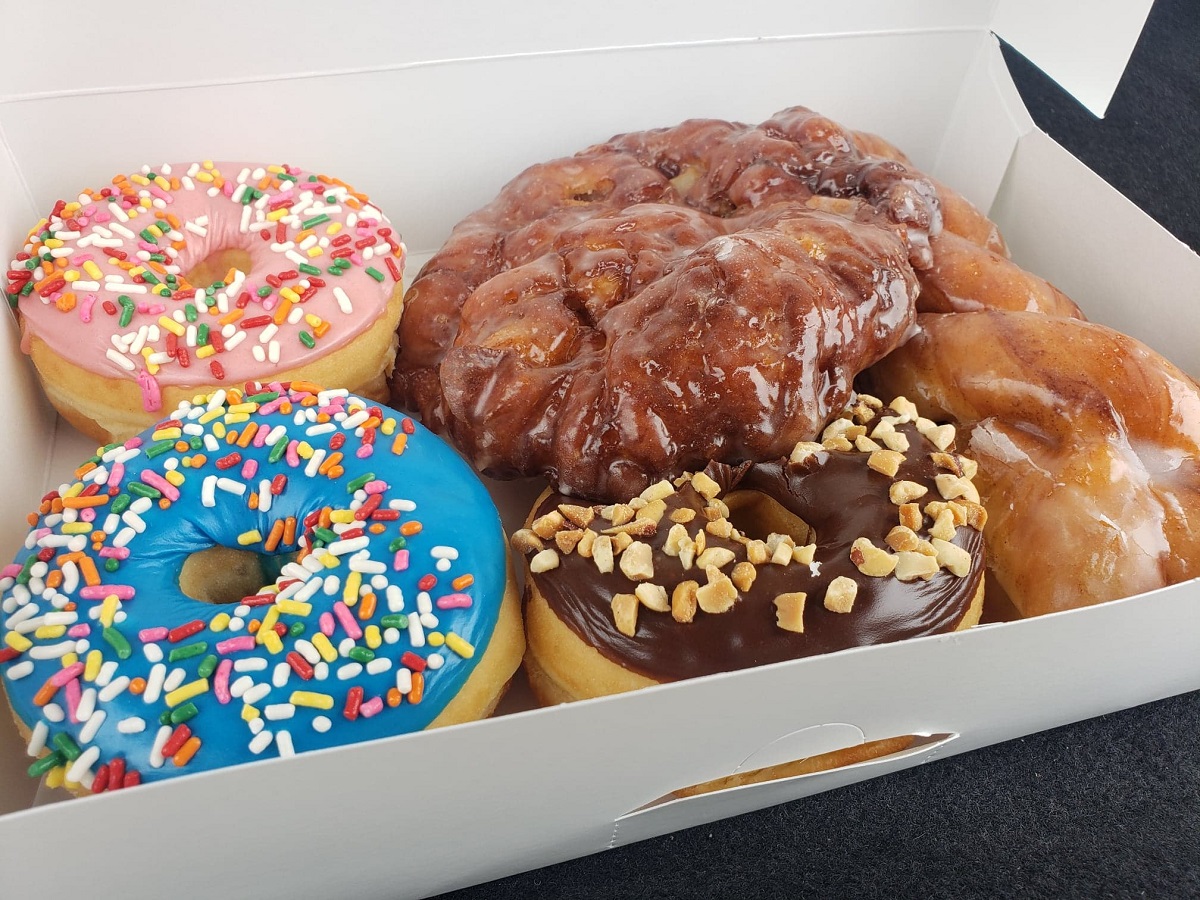 Snowflake Donuts on Westview has all of the classics. Photo by Ryan Baker.

Tucked away off of I-10 at Westview and Beltway 8 sits a charming, classic doughnut shop. Instead of serving the trendy (and sometimes bizarre) specialties, Snowflake Donuts at 10780 Westview has served classics such as glazed, cinnamon twists and blueberry cake for the last eight years. Owner Leakhena Lin has operated it for the past three of those years. She originally started working at Snowflake Donuts as an employee when it was still owned by a cousin — some of the many Cambodians who came to the United States and went into the doughnut business. Over time, Lin worked her way to management and learned every facet of the business, eventually purchasing Snowflake when the opportunity arose.

(In Houston, there is a rich history of Cambodian-owned donut shops. For more information, check out David Leftwich’s article.) 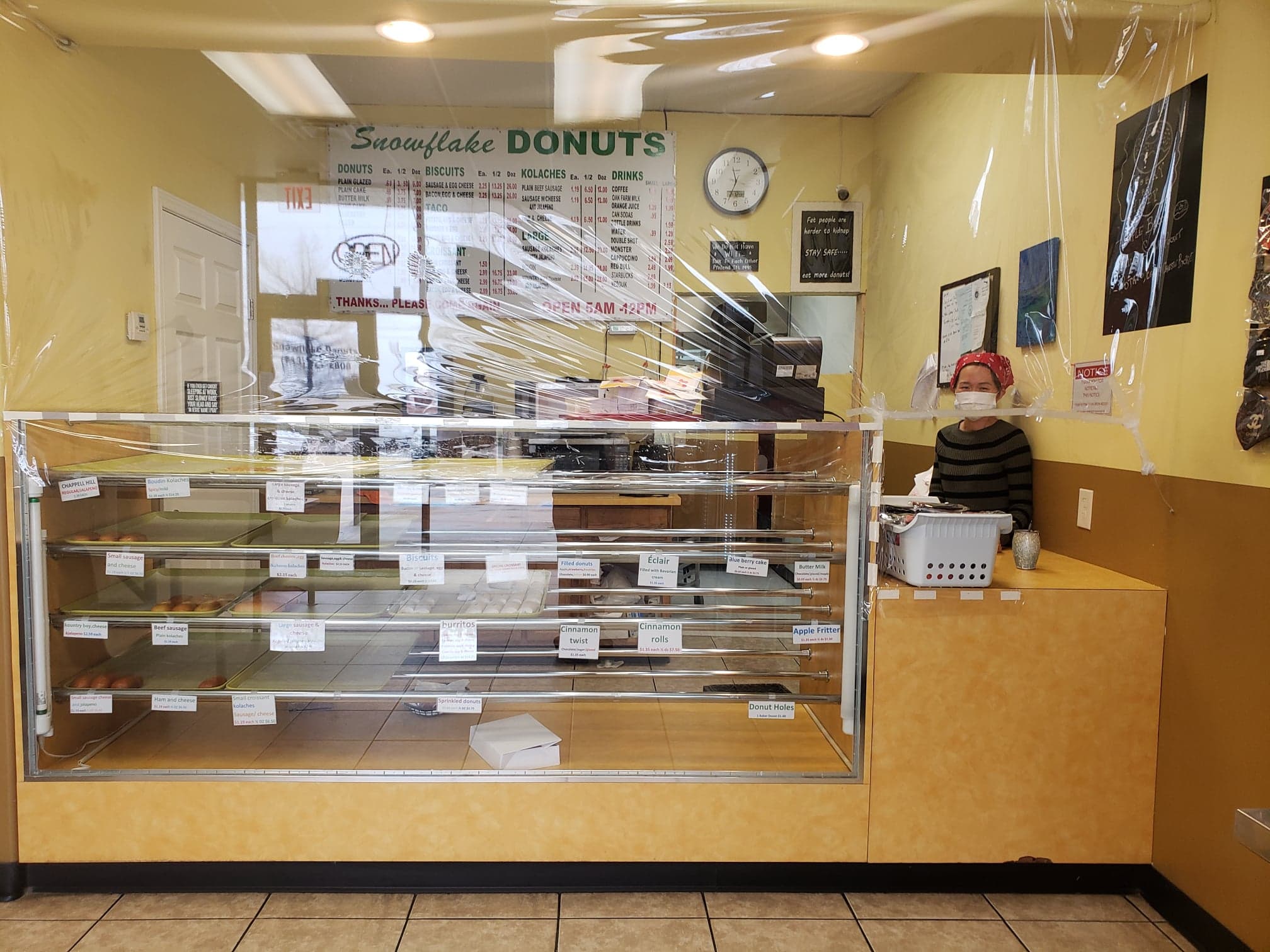 Snowflake Donuts is a common shop name, and there’s more than one in Houston, but the majority are owned and operated separately. Each has differences in recipes, offerings and hours of operation. This particular location came to our attention when owner Kyle Pierson of The Branch posted on Facebook that Lin’s business was barely hanging on, thanks to a downturn in business caused by the pandemic. “Someone did a screengrab of a letter she wrote on NextDoor and posted it to one of the Facebook neighborhood pages I belong to. There was something so very honest and sweet about it that it kind of broke my heart. Since promoting other neighborhood small businesses has become a crusade of mine, calling on all of my followers to go support her was a no-brainer.”

Pierson’s call for support sent droves of people to Snowflake Donuts, but unfortunately, business quickly died down again. “Kyle helped me to get more business by posting on Facebook and then a lot of people came to support us last Friday and also over the weekend,” wrote Lin in an email to Houston Food Finder. “That which made me very happy. However, after that it slowed back down.”

As the COVID-19 pandemic persists beyond the one-year mark, many independently owned businesses that were once secure, such as Snowflake Donuts, are now struggling. Social distancing, fewer commuters, oversaturation and Houstonians with less spending money might all be factors in the decline in sales.

The doughnuts at Snowflake are the iconic favorites that most of us grew up with. The glass case, which nearly stretches from wall to wall, contains a full assortment of raised favorites including glazed, and many topped with different flavors of icing, including chocolate or strawberry. Other are festively topped with sprinkles or adorned with chopped nuts. There are picturesque old-fashioneds and half a dozen filled varieties, including jelly doughnuts and eclairs. 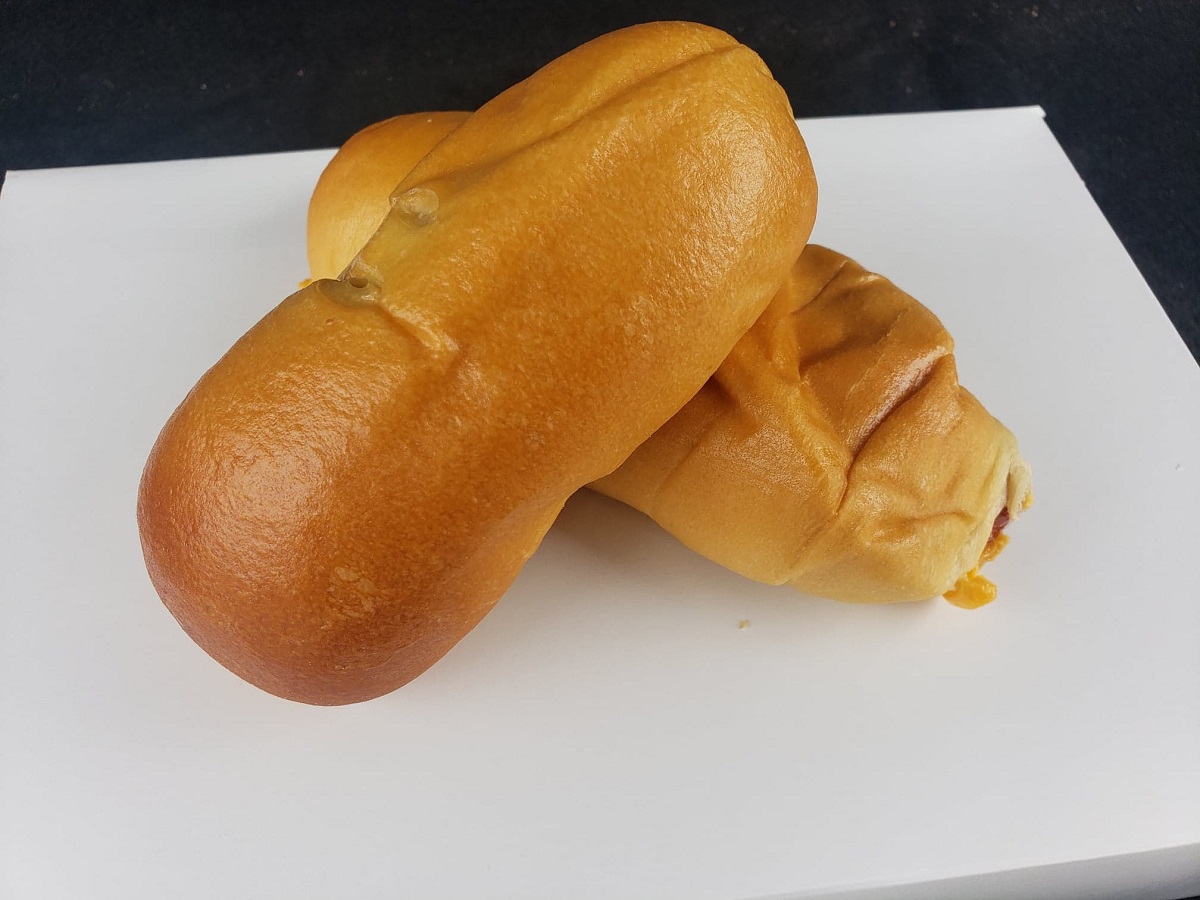 The Texas-style, savory kolaches (technically klobasnek) are standouts, and Snowflake Donuts carry a wider variety than most shops. In addition to those stuffed with the traditional sausage links or ham and cheese, there are specialty sausage selections such as Kountry Boys and Chappell Hill brands, as well as boudin and chorizo.

Whether you are biting into the airy and soft raised doughnuts, dense and chewy cake doughnuts or meat-filled klobasnek, each bite will be as tasty as the first. That consistency is why Snowflake Donuts has endured on for nearly a decade.

Snowflake Donuts hours of operation are daily from 5 a.m. to 2 p.m. If you drop by, let Lin know we sent you.

Houston Food Finder with Pearland Convention & Visitors Bureau.8 hours ago
Visit Pearland for spectacular comfort food no matter what you are craving! Find warm, sweet, savory and (of course) fried selections for year-round good vibes. The Pearland Convention & Visitors Bureau website, Visit Pearland (visitpearland.com), is your one-stop place for the best bites in town. Whet your appetite with these four must-try dishes and visit the website for more!

Houston Food Finder5 days ago
ICYMI: It is no secret that the prolonged pandemic has been very hard on small, independent businesses — even those that have existed for several years and were previously secure. That's the case for Snowflake Donuts in Spring Branch. The owner is hoping that sales get back to normal soon, because her only business hangs in the balance. Ryan Kasey Baker tells the story of this classic neighborhood doughnut shop — and why you should visit.
#houston #houstondoughnuts #kolaches #houstondonuts #houstonrestaurants #houstonfoodie

Houston Food Finder with DR Delicacy.6 days ago
It's spring, and that means treasured White Asparagus are back at DR Delicacy! Imported directly from France, these jumbo asparagus with a buttery texture make quite an impression on a plate and can be accented with Hollandaise sauce and ham, or roasted and seasoned with olive oil and herbs de Provence. White asparagus is only available fresh for a couple of months, so order yours today from the DR Delicacy website or visit the shop at 4120 Directors Row Suite A to purchase.
https://drdelicacy.com/white-french-asparagus/
#DRDelicacy #Houstongrocery #luxurygoods #springtime