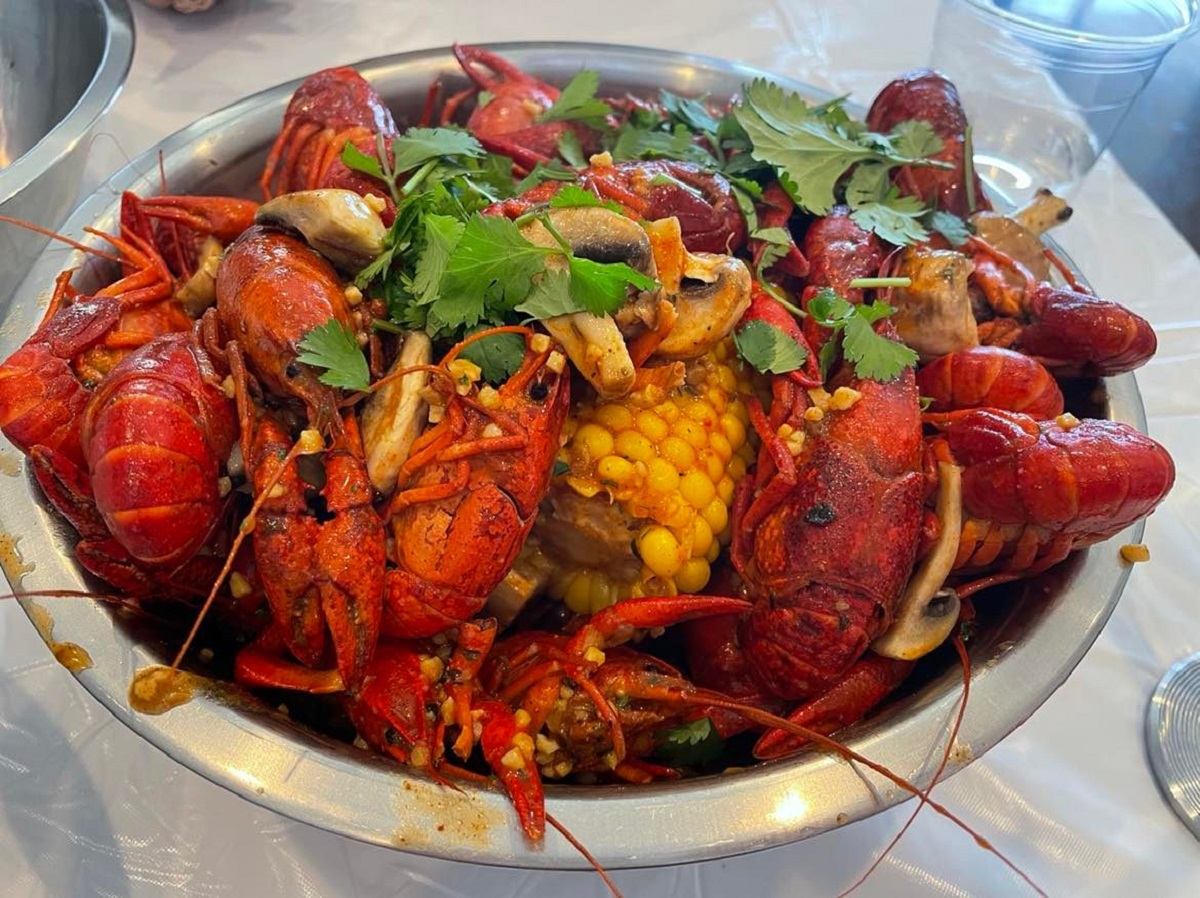 Long before it closed and relocated to North Houston, I was a frequent diner at Saigon House in Midtown. Between the restaurant’s Viet-Cajun crawfish, which developed a cult-like following, and chef and owner Tony Nguyen’s charisma, I was an instant fan. Now nestled in a strip center housing mostly of Asian businesses at 3645 Cypress Creek Parkway, Saigon House has found new life.

In the current location, which opened in 2019, Nguyen is still as charismatic as ever, greeting and visiting with guests when it’s not too busy. On more than one occasion Nguyen has enthusiastically come out of the kitchen to deliver an “experiment” that must be tried. The most notable ones were a massive, quarter-pound prawn with Thai-Influenced flavors and oysters slathered with H-Town Bang Sauce. A version of the latter is on the menu of Xin Chao, the restaurant near downtown that garnered him and chef Christine Ha a James Beard Award nomination for Best Chef: Texas in 2022. Nguyen is currently working on a third project, Sneakeasy, a specialty shoe store next door to Saigon House that will serve handheld foods and beverages for guests to enjoy while shopping. Recently, Nguyen invited me to join him, crack open some crawfish and talk about Saigon House.

At Saigon House, Nguyen offers four sauce options for his popular crawfish and boiled seafood. All three are robust, especially the 3rd Coast Sand and the H-Town Bang. The former is a traditional sauce seasoned with a Cajun spice blend that arrives generously coating the crawfish. The H-Town Bang is Nguyen’s in-your-face garlic-butter sauce that Viet-Cajun crawfish are known for. The other two sauces are Saigon Heat with citrus and onion and Thai Surprise featuring lemongrass, chiles and basil.

In addition to choosing a sauce, diners can choose their spice level, which range from Sissy Unicorn (mild) to Angry Dragon (hot). If they really want to feel the heat, they can ask for the death-level-spicy chili oil.

Besides crawfish, other boiled seafood choices include shrimp and lobster, as well as blue, snow and king crabs. For boil add-ins, Saigon House has most of the traditional sides like sausage, mushrooms, potatoes and corn. In addition to boiled seafood, Saigon House offers fried and blackened shrimp, oysters, fish and chicken.

The fried rice dishes deserve as much attention as, if not more than, the crawfish. The Banging Crab features egg, shrimp and sausage topped with fried soft-shell crab and H-Town Bang sauce. This is my favorite dish on the menu. There’s an extensive range of textures delivered with each bite. That, coupled with salty, savory splashes of soy sauce and the richness of the H-Town Bang drizzled on top, make this a complex, warm and deeply satisfying dish.

Starters include wings, edamame and a basket full of crunchy mini eggrolls served with Thai chili sauce. The steamed Exxxtremely Spicy Dumplings are plump with pork and topped with spicy ponzu. The immediate burn from the spice does not overpower the flavor, but the intensity builds and lingers with each bite. The Loaded Cajun Potatoes are comforting vessels for the signature Viet-Cajun Seasoning. Saigon House pan-fries thick potato wedges until crispy, tosses them with H-Town Bang Sauce, sausage and shrimp, then covers it all with melted cheese.

While Nguyen’s early Saigon House run focused on Viet-Cajun cuisine, many selections on the current menu can be deemed Viet-Texan. Nguyen enthusiastically incorporates the flavors of Texas barbecue into Asian dishes. His smoked brisket makes a few appearances, including in the TX BBQ Fried Rice and appetizers like Texas Two-Step Bao.

During the colder months (or Houston’s equivalent) Saigon House breaks out the soup. Nguyen recently added phở to the menu, with meat options such as filet mignon, meatballs and chicken, as well as his Texas-style barbecue brisket and beef ribs. The familiar cuts of meat make this a great spot for phởrst-timers. (I don’t apologize for that pun.) The bone broth is bold and fragrant with the flavors of charred onion and ginger, as well as toasted spices of clove, cinnamon and star anise, and only the mildest sweetness. For a more rustic taste, Saigon House also offers beef stew, or Bò Kho, with or without barbecue Brisket.

Saigon House recently added a full bar, with a handful of draft and bottled beer choices, micheladas and cocktails. The cocktails include two frozen drinks, a strawberry daiquiri and a margarita, with a few flavor options. The rest of the drink list focuses on refreshing, fruit-forward drinks, such as Cat Fight, with dragonfruit (dragonberry on the menu) rum, orange, pineapple and cranberry juices, and Hurricane Henny with cognac, dark rum, passionfruit and orange juice.

Saigon House is currently open Thursday through Sunday from 11 a.m. to 7:30 p.m., with plans to expand hours as crawfish season fires back up. With a welcoming service and exceptional food, Saigon House is a welcome addition to the North Houston area.