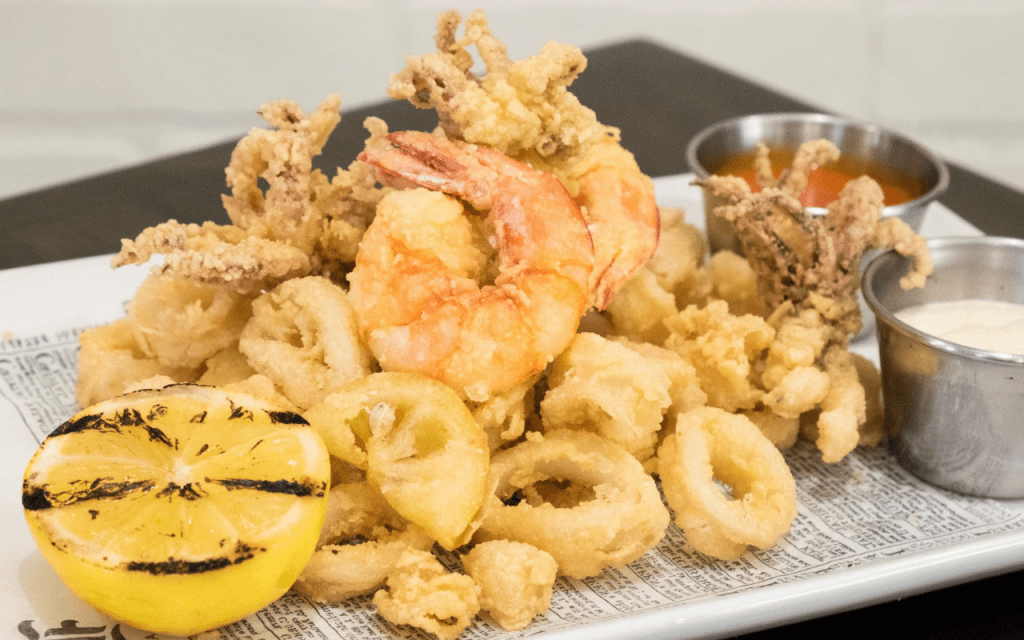 Plate of fried calamari and fried shrimp
Calamari with Gulf shrimp at ROMA makes a nice starter for any meal. Photo by Phaedra Cook.

Sponsored (in a way)

When I had the idea of founding an online publication that exclusively covered Houston bars and restaurants, I thought that once it was up, running and gaining readers, it would earn support from the business community. Unfortunately, when it’s come to securing advertisers or sponsors, only a handful recognize that Houston Food Finder has grown into an important communication method between consumers and businesses.

Houston Food Finder has been dangerously close to shutting down three times now due to lack of funds. Last week, a GoFundMe account was started for our benefit and it’s off to a promising start. This story by Holly Beretto is about the owner of a quaint Italian restaurant in Rice Village who’s stepping forward to support our work. Soon, you’ll hear about a taco truck owner who is hosting another special meal on our behalf. I think it just goes to show that all independent bars and restaurants, big and small, need local journalism. It doesn’t, however, happen through exposure and free meals. We pay bills with cash, just like everyone else.

I know many identify Houston Food Finder with me, personally, because I’ve been writing about the city’s restaurant and bar scene for about a decade, and because I am the founder. Houston Food Finder, though, is not me. This is not a blog and I’m not a “personality” (at least not deliberately). Houston Food Finder is a vehicle that allows me and many other freelance writers to tell diners about the restaurants and bars we love, and the people who work there. I hope to join Houston diners at ROMA myself at one of the upcoming Wednesday meals. The feedback I’ve received so far is that it’s a great experience.

From all of us: thank you to everyone who’s stepping in to say they want us to stick around.

When Shanon Scott, owner of ROMA, An Italian Eatery in Rice Village, saw Houston Food Finder editor and publisher Phaedra Cook’s announcement on Facebook that the publication might shutter, he said his first thought was, “How can I help?”

“Phaedra has been a great supporter of me and of Houston restaurants — and she’s a nice person,” said Scott. “I wanted to do whatever I could to help her out.”

Beginning Wednesday, June 12, and running through the summer, Scott is starting a dinner series benefiting Houston Food Finder. Each dinner will be held on a Wednesday and includes a three-course, prix fixe meal showcasing regional dishes from across Italy.

The cost per person is $49.50, not including tax and gratuity, with $20 going to Houston Food Finder.

The special meal is being served in one of Roma’s well-appointed private rooms. Scott hopes the events encourage Houston Food Finder readers and their friends to not only check out the restaurant but also realize they can help keep the publication in business. “I think people will show up and I think they’ll love being part of this,” he said. “It will be a group that’s familiar with the publication and they’ll have that in common. We’ll do this all summer.”

While Scott hasn’t determined yet what the upcoming regions will be, he said he was meeting with ROMA’s executive chef Angelo Cuppone to make those decisions. “Each dinner will be the same format [with] an appetizer, a pasta dish and an entrée,” he explained. “Chef handles the food and I do all the wine pairings. This is a great way to see what we do at the restaurant, and also to help a great cause.”

Scott points out that he’s not making a profit. After the $20 per-meal contribution to Houston Food Finder, the rest of the dinner price is about what it costs him to serve the food and wine. He’s fine with that, though.