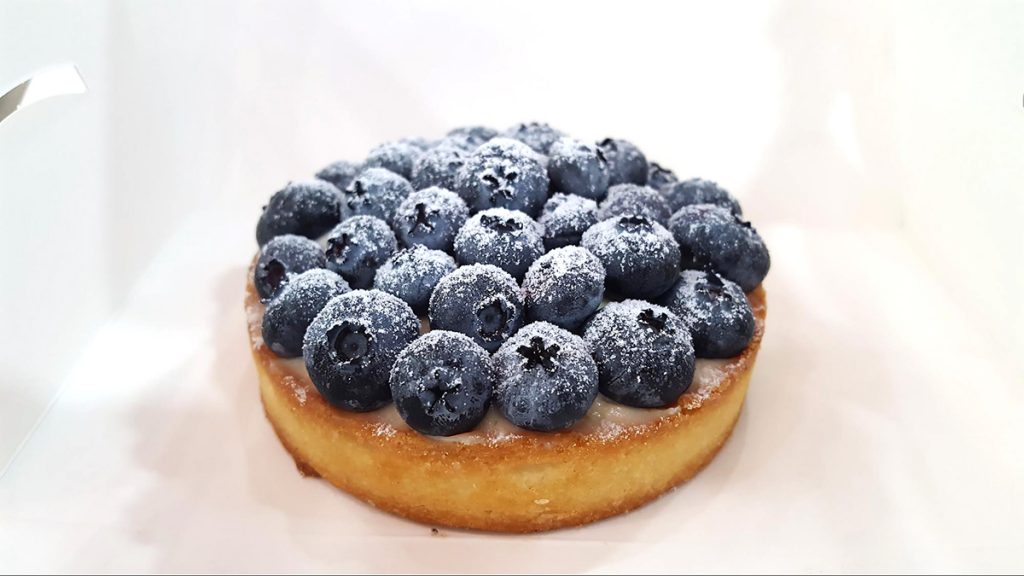 Houston is no stranger to great pies and familiar names like House of Pies and Flying Saucer Pie Company are repeatedly praised on “best of” lists. That said, there are excellent pies from lesser-known names throughout the Greater Houston area and these provide locals a great excuse for a road trip to the suburbs — and beyond. From Needville to Katy to Galveston, there are plenty of prime pies ready for sweet indulgence. Here’s our list of can’t-miss slices worth a drive.

The Jay Café 16634 TX-36, Needville: It’s worth a drive to Needville just to go to this family restaurant that even has a charming gift shop. On any given day, there are at least six varieties of pie waiting in the cold case and they make the perfect follow up to a plate of chicken-fried steak. Each is baked daily using recipes created by the owner’s mom. The apple pie tends toward the sweeter side thanks to a cinnamon streusel topping that adds a delightful texture. Coconut fans will love the coconut cream pie packed with its namesake flavor in the filling and finished with toasted fresh coconut on top.

Froberg’s Farm, 3601 Highway 6, Alvin: At this pick-your-own farm, visitors hunt for “berried treasure” down the rows from January through May. Owners Alfred and Nina Froberg utilize excess berries in jams, dried berry slices and fried hand pies. They started selling the pies in 1993 and at $2 each, these make an affordable and delicious seasonal snack. There are more than 20 fillings from which to choose. (Pro Tip: buy a dozen to rewarm in the toaster oven at home — you won’t regret it.)

Leon’s World Finest Bar-B-Que, 5427 Broadway Avenue J, Galveston: This East Texas-style barbecue restaurant isn’t a commonly talked-up spot for tourists but it has a sweet potato custard pie that is very worthy of attention. The flavor finishes with a bit of tanginess, like a cross between a sweet potato and a buttermilk pie. There’s a reason for that. Owner Leon Oneal says the recipe involves adding buttermilk to the mashed, roasted sweet potato mixture rather than condensed milk. Pecan and buttermilk pies are also on the dessert menu but the sweet potato pie, in particular, is a great complement to the barbecue. Boudin is also available, as well as a pair of Cajun desserts: bread pudding and rum cake.

Pâtisserie Paris J’Taime, 11660 Westheimer: It’s easy to overlook this French bakery in a strip mall, but the pastries and tarts are marvelous. The tarte aux pommes (apple tart) has razor-thin apple slices caramelized mostly thanks to just the natural sugars and set atop a thin, flaky pastry base. Baker Nga Rogers is Vietnamese and says she staged at several Michelin-starred restaurants in Paris. Some of her other outstanding baked goods include the elaborate Pistachio Praline Cream Paris-Brest as well as the Mango Mousse Tarts, eclairs, and proper flaky croissants filled with chocolate and pistachio creams.

Proud Pie, 3522 South Mason, Katy: Guests can watch the bakery’s “PieRistas” through a window behind the service counter, where they churn out 120 butter-crust pies daily from scratch. Whereas other bakeries must limit their selections, Proud Pie covers all the bases with more than twenty year-round flavors including fruit, cream, and chocolate pies. The spicy scent of cinnamon wafts up from the warmed Peach Snickerdoodle Pie while the Big Texan Bourbon Pecan Pie, topped with toasted halved pecans and a mellow, treacly base, releases an intriguing aroma of roasted nuts. The shop website says that the Wobbly Turtle Chocolate Silk Pie, with a dense, milk-chocolatey base topped with fresh whipped cream and chocolate shavings, is popular with the late-night dessert crowd. Ice cream for à la mode orders is smartly served alongside in a little cup to avoid soggy crusts. The coffee, sourced from Fort Bend Roasting Co., proves there’s more types outside the 610 Loop than Starbucks.

Seiwa Market, 1801 South Dairy Ashford: This popular shop for specialty Japanese ingredients and prepared foods, including daily baked goods, opened on Houston’s west side in 2017. It holds a similar aesthetic to bakeries in other Asian grocery stores but there’s a bigger emphasis on French-style pastries. Cream, fruit, and nuts are married with traditional Japanese flavors, such as green tea or sweet bean paste, to achieve delicate sweetness. In the peach and pear slab pies, the fruits are cooked to the near side of tenderness and allowed to shine on their own merits, unadulterated by sweetened glazes or sugar. These are embedded in a classic French almond pâte brisée (pastry crust) and are a very affordable $3.50.

The Sunflower Bakery & Cafe, 512 14th, Galveston: This little neighborhood joint in the East End Historic District is popular with Galvestonians for Sunday brunch. After savoring the seafood- and Creole-inflected Benedicts or the Quail and Grits, it’s a must to peruse the bakery case of breads, cakes, pies and cupcakes. Many places offer pecan pie, but The Sunflower Bakery raises the bar by also partially enrobing it in chocolate. Numerous other pies are available whole or by the slice, including chocolate meringue, lemon meringue, coconut meringue, buttermilk custard, apple, cherry, pecan, pecan fudge and key lime. Even after dessert, it’s a challenge to resist taking a loaf of challah bread to-go for making French toast the next day.