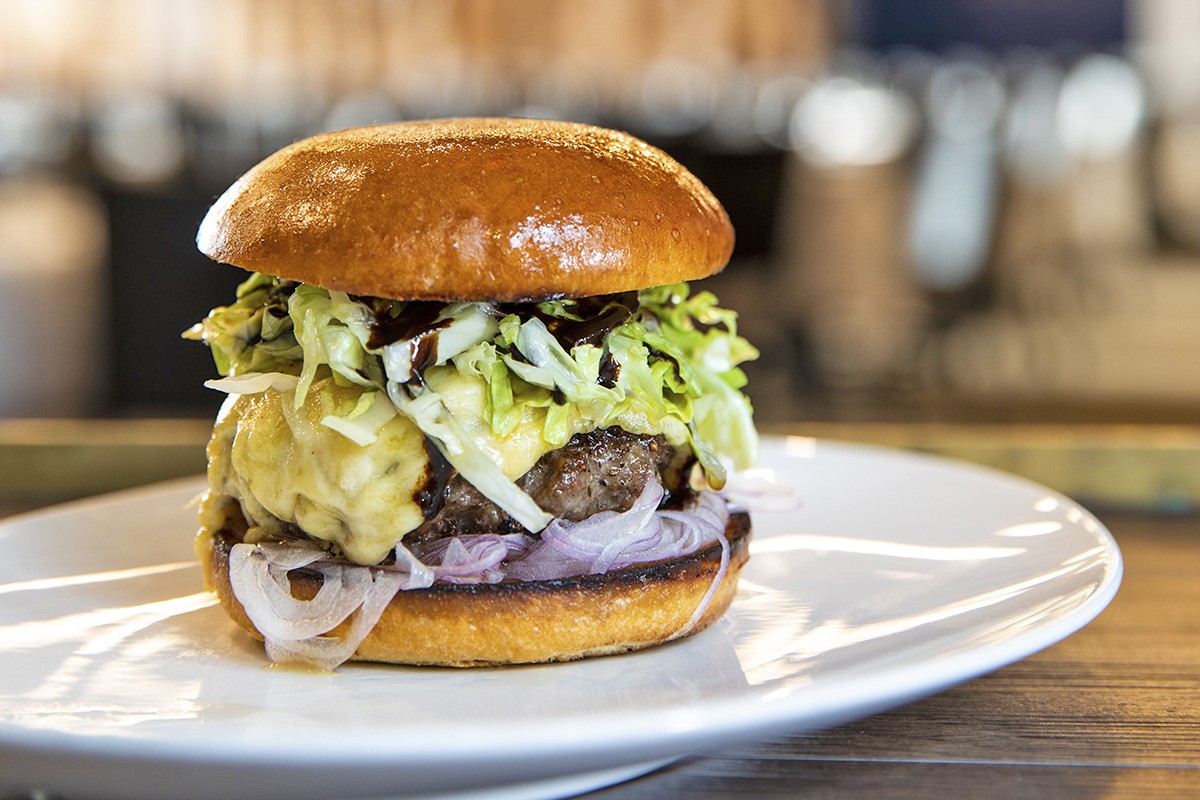 Underbelly, chef Chris Shepherd’s restaurant that helped him land a James Beard Award, nearly always had a bustling crowd of diners, not just during dinner but also at lunchtime. When he closed it in favor of opening steakhouse Georgia James, lunch service was shuffled over to next door beer bar The Hay Merchant. Now, Georgia James is also offering lunch, as well as opening the bar early, but only on Fridays.

Georgia James’ hours on Fridays are from 11 a.m. to 3 p.m. for lunch and 5 p.m. to 11 p.m. for dinner. However, the bar is open continuously that day, from 11 a.m. to 11 p.m. From 3 to 5 p.m., while the restaurant is setting up for dinner service, drinks and Vicky’s Snack Mix — pastry chef Victoria Dearmond’s crunchy blend of Chex, pretzels, cashews and pumpkin seeds — are available at the bar.

Georgia James’ Friday lunch offerings are the same as dinner plus a few unique additions: the Georgia James Burger and a steak salad. In addition, there’s a $45 business lunch that includes two courses: a Farmer’s Cut Salad and an entrée choice of hanger steak, Airline chicken breast or Gulf fish with brown butter mushrooms, smashed potatoes or wilted kale.

There’s also something special in the works for those who still are nostalgic about Underbelly. UB Preserv, just down the street from Georgia James, is honoring the two-year anniversary of the closing with an Underbelly Throwback Dinner. It’s on Tuesday, March 31 with seatings at 5:30 and 8:15 p.m. The dinner features customer favorite dishes such as Korean Braised Goat and Dumplings, Cha Ca-Style Snapper and Ham Ribs. As far as the rest of the menu goes, in “true Underbelly fashion,” it is being finalized just before the event to take advantage of what is fresh, local and seasonal. The cost is $75 per person, plus drinks, tax and gratuity.