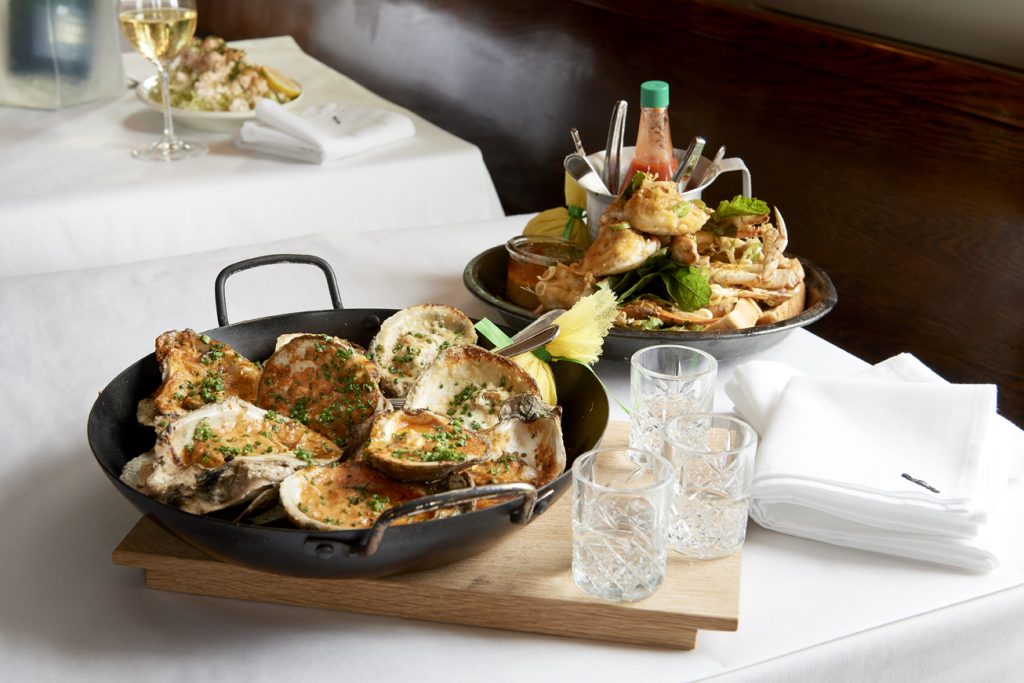 La Lucha Roasted Oysters on the Half Shell. Photo by Ralph Smith.

What’s better after a night of debauchery than a greasy meal at a divey diner? How about upgrading that ritual with a midnight oyster “happy hour”, griddle cakes drizzled in Steen’s cane syrup or a 1 a.m. cheeseburger washed down with some top-notch bubbly? La Lucha at 1801 North Shepherd — Atlanta-based (but Houston native) chef Ford Fry’s ode to Houston food helmed by executive chef Bobby Matos — is introducing all of those options and more with a new late-night menu now available on Fridays and Saturdays from 11 p.m. to 2 a.m.

Ford Fry’s Heights hot spot and ode to Gulf seafood and southern fried chicken is further embracing its chic-dive aesthetic with late-night gourmet munchies and a full bar menu. With 20 sparkling and 18 red, white and rose options, plus beer, mezcal and signature libations, the after-hours menu is not light on booze. However, the food options are also sure to raise an intrigued eyebrow or two. Gulf oysters for $1 each, the house’s signature Pharmacy Burger, crispy loaded hashbrowns, fried chicken and biscuits and steak-and-eggs make up most of the hearty, hangover-curbing fare.

Already an ideal day-drinking patio spot, with the new late-night weekend hours La Lucha is making a strong case for itself as Houston’s prime destination for deliciously poor health choices at all hours of the day. So, next time you’re thinking of routing that Lyft to Whataburger, consider instead the taste of queso dripping down your chin as you inhale a plate of Nachos a La Lucha.