First Bite: Desserts Nearly Steal the Show at Killen’s Barbecue in the Woodlands 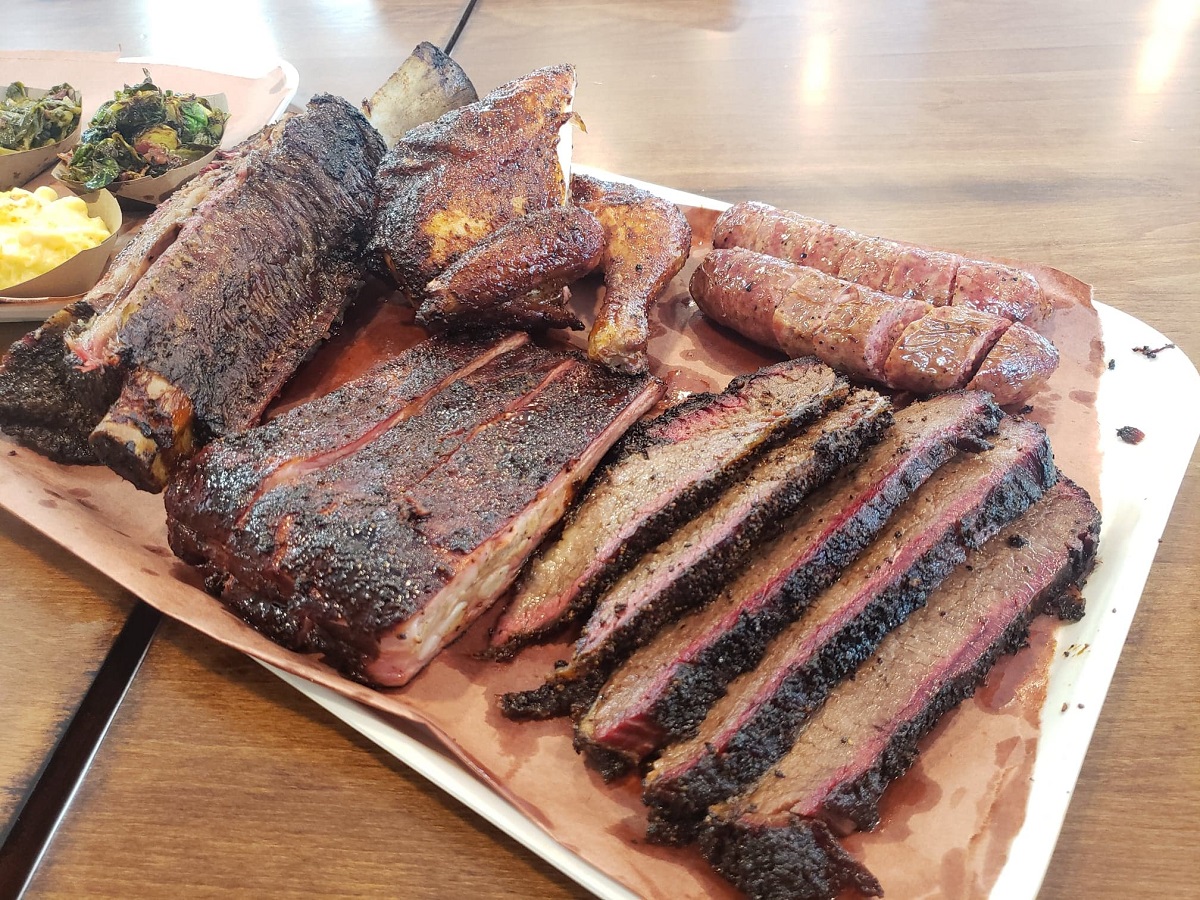 Visit Killen's BBQ in The Woodlands for the same authentic experience as the Pearland original. Photo By Ryan Baker.

The second location of chef Ronnie Killen’s acclaimed barbecue restaurant from Pearland, Killen’s BBQ opened in late January in The Woodlands at 8800 Six Pines. As is the case at the original, Killen is serving his popular barbecue and signature desserts. Houston Food Finder was invited to pay check out the newest addition to the chef’s ever-growing restaurant empire.

These days, Killen is practically become a household name among diners in the greater Houston area — and beyond, thanks to his status as as prior James Beard Award semifinalist. He opened the original Killen’s BBQ in Pearland in 2013, and its continuing status as a food destination means there’s often still a line out the door. The Woodlands location offers a more refined, family-dining vibe than its Pearland counterpart. The features include a spacious, 90-seat dining room, an open-air patio and a drive-thru for online orders.

Guests can expect mostly the same menu as its predecessor, and the dishes have the same attention to quality and detail, too. Familiar smoked favorites include brisket, beef ribs, pork ribs, turkey, homemade pork and beef sausage and pulled pork.  Meats are available by the pound at prices that range from $17 to $25, or as part of combination platters. Depending on the number and type of meats selected, the combination plates cost $15 to $23. While not listed on the website’s menu, diners should ask for the brisket queso. It’s is a great starter for the table.

There’s a large selection of of Killen’s housemade sides, too — some of which are nearly as popular as the meats. Choose from two styles of beans (availability varies), potato salad, mac n’ cheese, creamed corn, Brussel sprouts, coleslaw and greens. The seasoning is light, which provides a welcome counterpoint to the rich and savory characteristics of the smoked meats.

Leave room for dessert. The six sweet choices would be just as at home in Killen’s upscale steakhouses as at his Texas barbecue joints. The carrot cake and croissant bread pudding both leave lasting impressions. The dense, chewy carrot cake is drenched with a generous spread of thick glaze that really shines, yet is not overly sweet. The croissants used for the delicious bread pudding lend blasts of buttery flavor, and the tres leches-style sauce adds even more lush flavor to the experience. Other classics on the menu include pecan pie, banana pudding and the rotating cheesecake option.

Killen’s Barbecue in the Woodlands operates Tuesday through Sunday from 11 a.m. to 5 p.m — or when sold out. That’s always a possibility, so plan to get there sooner rather than later.