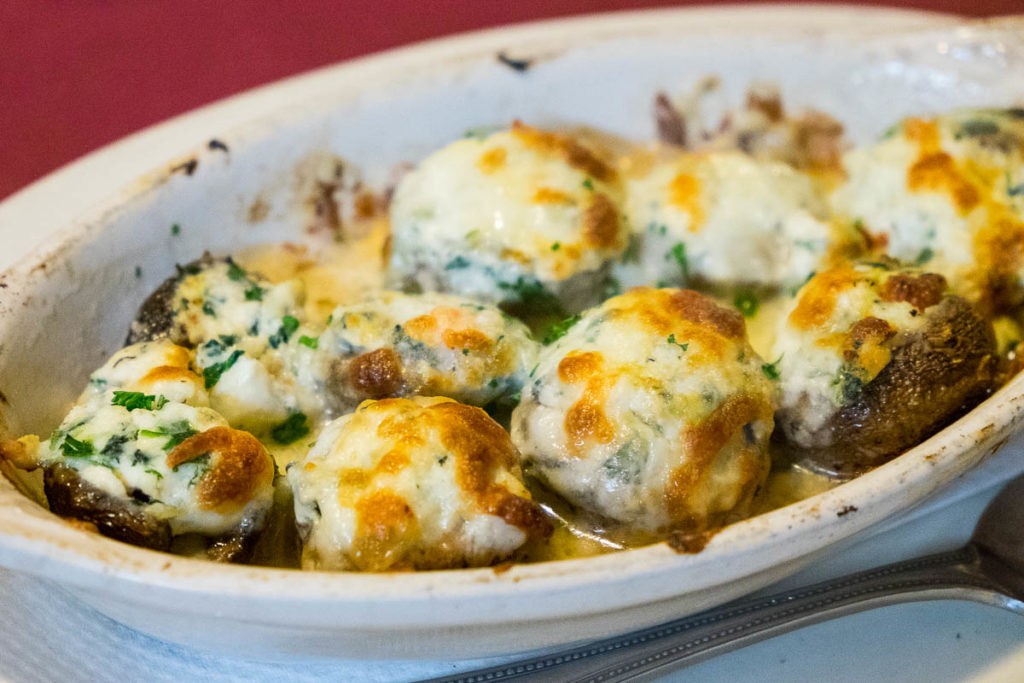 Matt Vernon was running Lasagna House III at 217 Cypress Creek Parkway when in a neighboring business left the entire restaurant with severe water and smoke damage. The restaurant had to close, leaving him and his wife, Mary, scrambling for a new workplace. For a time, Vernon ran the Rustica food truck at Bernie’s Backyard as a stop-gap measure, a move that wasn’t as successful as he may have hoped for. Now, he’s running a quaint Italian eatery named Pasta e Pesto just down the street from Lasagna House. The focus is on Northern Italian fare because Mary hails from Vicenza in the Veneto region.

Pasta e Pesto is in the same strip center as Le’ Pam’s House of Creole and Vernon says owner Pamela Graham has been a fantastic neighbor. “She’s literally walked people over here to try us if she’s running out of food. (Le’ Pam’s also closes earlier than Pasta e Pesto.) She’s an incredible neighbor, an incredible friend and is an incredible chef as well,” he said.

Vernon invited us over for a visit and we discovered that, at night, Pasta e Pesto can be tricky to find. Our navigation app didn’t do a great job, so it’s best to just plug in Le’ Pam’s then head to the back right corner of the strip center. Pasta e Pesto’s sign is surrounded by a rectangle of blindingly bright lights. Unfortunately, the letters of the sign itself aren’t lit, which makes the name invisible. Once inside, though, you’ll find that a homey, welcoming restaurant awaits.

Bring a bottle of good Italian red with you, as Pasta e Pesto is BYOB and corkage is only $4. You’ll want the vino to go alongside the lasagna; a simply wrought, classic version with airy housemade béchamel and bolognese.

The ricotta, shrimp and spinach-stuffed mushrooms are terrific, too. Too often, stuffings are muddied and indistinct, but in Pasta e Pesto’s version, each filling ingredient lended its own noticeable contribution. The mushroom caps spent a good amount of time under the broiler, until the mozzarella on top developed those all-important golden brown bubbles.

At Pasta e Pesto, sauces, dressings (including a creamy pesto rendition to suit the restaurant name) and desserts are all made from scratch. (There’s a “just like Mom used to make” carrot cake served in big wedges that’s a solid after-dinner choice.) For that reason, I couldn’t help but chide Vernon a bit on his choice to use bagged, flavorless parmesan shreds to top his salads and big, freshly-cut, hand-breaded blocks of fried cheese. He ruefully agreed and it wasn’t long before he reappeared with a hunk of real Parmesan-Reggiano and a grater.

Alongside those blocks of fried cheese, though, was another of Pasta e Pesto’s housemade sauces: a marinara that showed just how much flavor impact this classic sauce can actually have. Vernon includes some carrots (“for natural sweetness”) cooks them down for hours along with Italian tomatoes, fresh onion, celery and roasted garlic.

On the pasta side, Vernon is mainly using dry, imported styles from Italy (which is appropriate for the types of dishes being made with it) but soon, ravioli made with fresh pasta will be added. The All’ Amatriciana employs penne. Vernon says it’s his wife Mary’s recipe and it includes red bell peppers, which is unusual but not unheard of. Most importantly, it has the hallmark spicy heat of the all-important red peppers and a generous dose of pancetta.

There’s also a Spaghetti Alla Carbonara, prepared simply with egg, pancetta, romano cheese and black pepper. It’s not over-seasoned, nor overwrought with cheese. Vernon says he counts on the pancetta to lend the right amount of salt. Purists should enjoy this one; cheese fiends will likely ask for an appearance of the grater with the Parmesan-Reggiano.

Be sure and ask about the desserts. Pasta e Pesto makes their own, including a comforting carrot cake served in big wedges.

In a turnabout of fortune, Vernon will soon progress from no restaurants to two restaurants. Lasagna House III was rebuilt after the fire and is expected to open in March. He still intends to run Pasta e Pesto too, and differentiate it from the former with the homespun Northern Italian cuisine. (Lasagna House is more Sicilian as its founder, Pete Pizzo, hailed from Sicily). “We want this place to stand on its own merits,” said Vernon. “We did Houston Restaurant Weeks, which we had never done before. We do a lot of cool events that we never did before, like all scratch-made, five-course pop-up dinners.” In other words, he and his wife have already put too much of their hearts into the place to not continue doing the best they can with it.

In fact, there’s a vegetarian pop-up dinner coming up on January 30 starting at 6:30 p.m. The menu includes Sun Dried Tomato and Basil Arancini, housemade Porchini Mushroom Pasta, Eggplant Lasagna and more. The cost is a mere $27 per person. A $10 deposit is required. Call Pasta e Pesto at (281) 580-1430 to reserve—and don’t forget the vino.