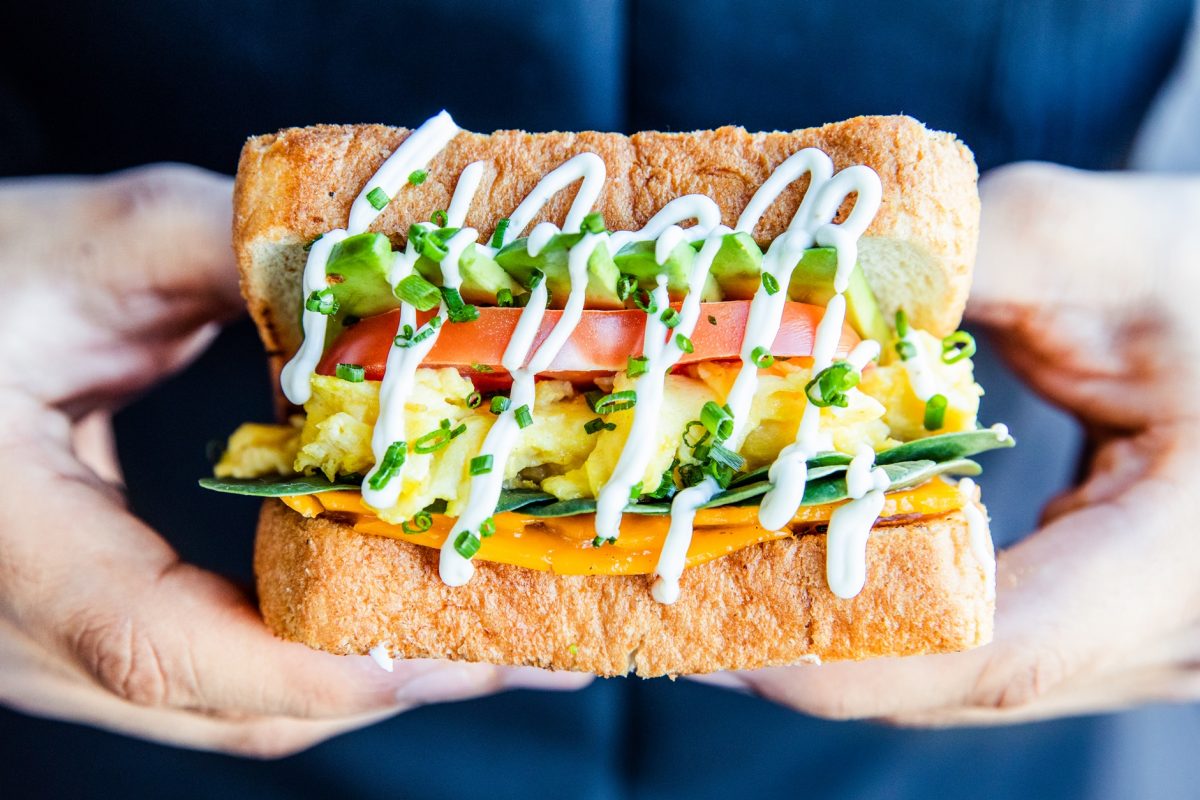 Sticky's Chicken will debut their signature egg sandwiches at their SCRMBLD pop-up on January 30. Photo by Becca Wright.

The breakfast sandwich is having a moment. A variety of egg and cheese sammies have become all the rage on foodie blogs and feeds. From this quarantine-viral TikTok egg sandwich to variants on gilgeori (Korean street toast) and tamago sando (impossibly fluffy Japanese scrambled egg sandwiches), the internet can’t get enough of eggs in toast.

SCRMBLD is an apropos marriage of Sticky’s food-truck origin and knack for creating buzz around Instagramble food. Siblings and Sticky’s co-owners, Patsy and Benson Vivares built their business in part on social media’s enthusiasm for Sticky’s chicken wings. This networked zeal included celebrity endorsements from the likes of Texans wide receiver DeAndre Hopkins, the Rocket’s P.J. Tucker and rapper and ambassador for Houston’s food scene Bun B. The Sticky’s crew are no strangers to capitalizing on the power of internet food trends.

“These sandwiches were fun to develop and create,” said co-owner Patsy Vivares. “The ingredients may be your typical egg sandwiches, but the flavors definitely have a Sticky’s twist.” From the looks of it, that “twist” will come from some characteristically mouth-watering presentations and their signature Sticky’s sauce, which like the aforementioned maple-butter Texas toast, displays a creative use of ingredients.

The pop-up will also feature flavored coffee drinks from Greenway Coffee and will go from 10 a.m. to 2 p.m. or until supplies run out. Sticky’s plans to host the pop-up every Saturday and to add new sandwiches and possibly other breakfast items.