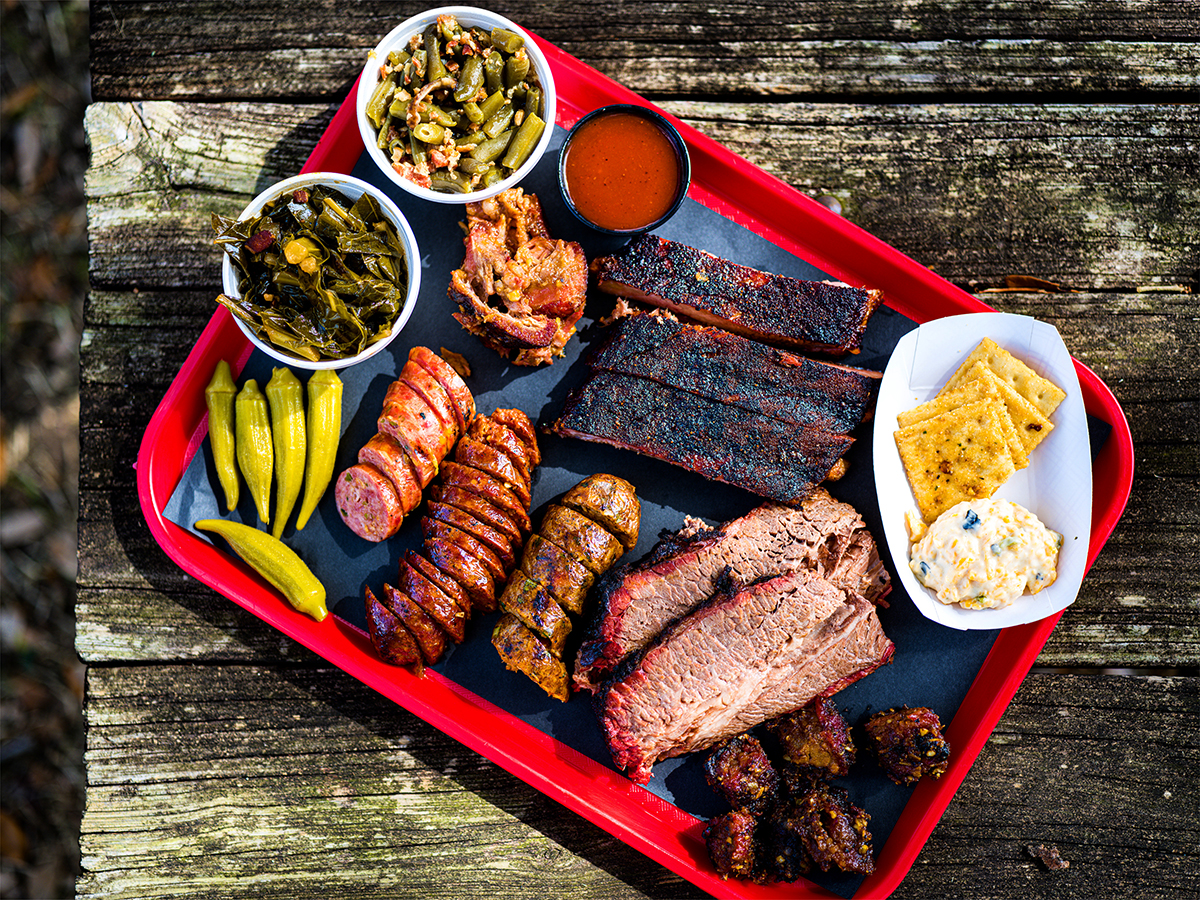 A tray of assorted barbecue and sides at Dozier's. Photo by Robert Jacob Lerma.

Pitmaster Jim Buchanan, the former owner of Buck’s Barbecue who recently joined Dozier’s BBQ in Fulshear, is getting some help from his fellow barbecue specialists to raise funds for the Fulshear Police Foundation. The organization’s mission is to, “promote community involvement, provide needed equipment, training, and technology to maintain the excellence and professionalism and safety of the Fulshear Police Department.”

Called Pitmaster Party: Wild Game Edition, the event is happening on Saturday, October 9 from 11 a.m. to 4 p.m. Since it coincides with the start of hunting season, the pitmasters are all focusing on wild game. Tickets are available online and cost $75 per person.

In addition to Buchanan, here are the other smoked meat wizards cooking at the fundraiser (in alphabetical order).

Ticket holders are entitled to samples during the event (while supplies last — we recommend arriving on time) from each participant. However, tickets do not include beverages; beer, sodas and the like are available separately. The wild game focus for Dozier’s event is especially appropriate, because in addition to serving barbecue, it also processes deer. The music duo Dan and Kev will entertain the crowd from Dozier’s deck.

“The pandemic has really shut down a lot of the cool events that the barbecue community in Houston has done over the past decade, and this is an opportunity for us to come together in a festival format,” Buchanan said via press release. “It also gives people in the Fulshear community the opportunity to experience something new, something that I don’t think has ever been done out here, bringing in a bunch of BBQ guys to do something fun like wild game.”