Five of the Best Ingredients to Buy at Trader Joe’s 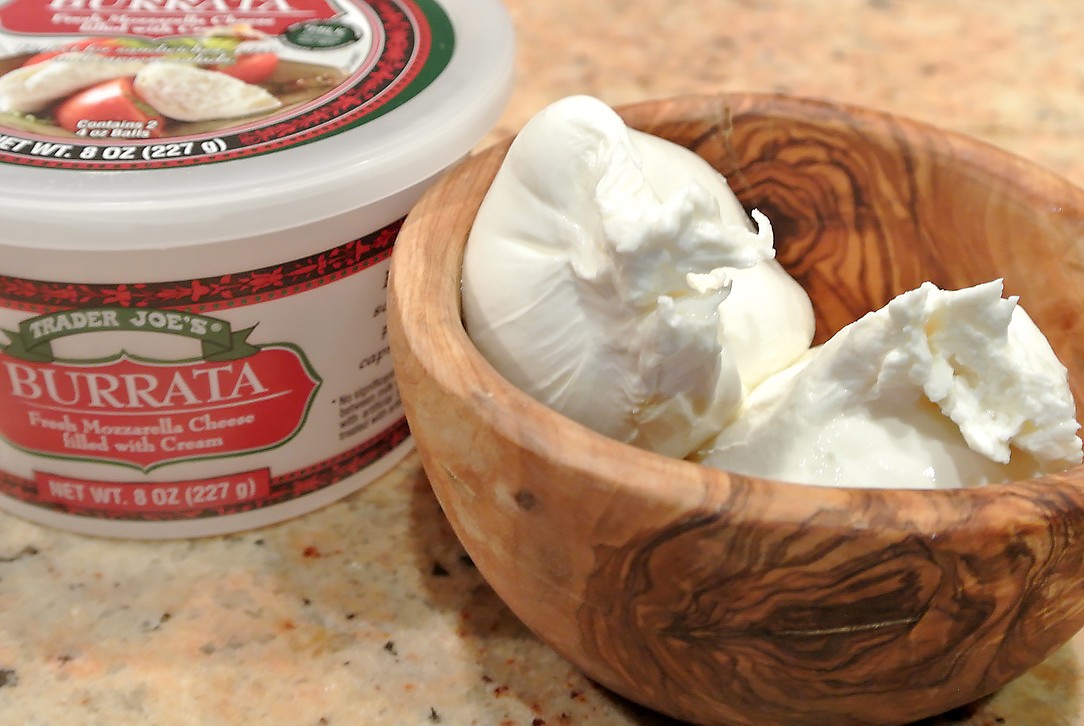 Trader Joe’s enjoys somewhat of a cult status, made more so by the thrill of the hunt, because you never know what new and delectable things you will discover each time you shop there. The company does an excellent job of keeping “the clan” informed of new arrivals through its Fearless Flyer publication, which features many of the new products.

If you ask 10 people to name the top five items they buy at Trader Joe’s, you won’t get the same answers. I once heard of a potluck idea of asking guests to bring their favorite Trader Joe’s foods and wine. No two people are likely to bring the same items, making it an intriguing idea.

It was very hard to pick five top favorites out of a list that started with 25. I decided to forego the obvious choices like Speckuloos, the famous cookie butter that at one point had to be rationed (some even resold it on Ebay at a tidy profit) or the “Two-buck Chuck”, (which is now $3 a bottle).

I use the first three products listed in one of my favorite salads, which I fell in love with after having it in a restaurant. Try it for yourself with the recipe at the end of this article.

Trader Joe’s Burrata: Burrata is a round, fresh, creamy cheese. At Trader Joe’s, $4.99 gets you two spheres, each approximately four ounces and the size of a tennis ball. The burrata is extremely creamy, adding a rich and sumptuous mouthfeel to whatever you add it to.

Trader Joe’s Wild Arugula: It’s almost impossible to find plain arugula (known as rocket in the United Kingdom and either rucola or ruchetta in Italy) in any grocery store because it’s normally mixed with other greens to cut the flavor, which some find bitter. At Trader Joe’s, a seven-ounce pack is only $1.99.

Trader Giotto’s Glaze: This balsamic reduction, which comes in an 8.5 ounce jar for $2.99, has natural sweetness despite having no added sugar and retains a nice, vinegary flavor. Its thick consistency means it doesn’t run and remains in place on whatever you drizzle it on. It’s great not only on salad but also on roasted Brussels sprouts (apply before the last few minutes of cooking so it doesn’t burn due to the natural sugars) and, believe it or not, on top of vanilla ice cream. Seriously, try it.

Trader Joe’s Whole Grain Crispbread: Ten ultra-crisp, thick rectangular pieces, each a little larger than a playing card come in a plastic, resealable bag for $2.99. The crispbreads are made in Norway, and what makes them special is the amount of seeds, grains and herbs in and on top of each flat. It’s a blend comprised of sunflower, sesame, flax, spelt, oat bran and oatmeal, with a hint of thyme and oregano. Each toasty slab is thick enough to hold smoked salmon and a schmear and not soften even after sitting around for a few minutes. Of course, they never do, because the tasty bites disappear as soon as you put them down in front of someone. These crispbreads are also available in a gluten-free version, which is equally good.

Trader Joe’s Refrigerated Pizza Dough: People from the northeast and Chicago are famously picky about their pizza. If they can’t find one they like from a nearby restaurant, I suggest that they make their own. Those who don’t want to make the whole thing from scratch can use Trader Joe’s ready-made pizza dough, which is available in the refrigerated sections. The 16-ounce packages are $1.19 each and come in both regular and whole wheat varieties. Pizza lovers can keep one in the freezer at all times. When it’s time to bake, simply pull the dough out, wait for it to thaw, form it, top it and cook it on a pizza stone. When made on an outdoor grill (preferably one that gets up to at least 600 degrees) , the pizza not only cooks in just a few minutes but also gains a beautiful color and crunchiness.

For the salad that uses the first three items in this list: cut the burrata in half and place each segment on top of the arugula. Add a generous amount of olive oil, along with some roasted walnuts or hazelnuts for texture, some pomegranate arils and sliced tomatoes. The final touch is a generous drizzle of the balsamic glaze to counteract the bitterness of the arugula. The end result: a colorful salad that mimics the red, white and greens colors of the Italian flag.

Paul Galvani was born in London into an Italian family, the many branches of which were all in the restaurant business. He owes his love of food to his mother and his father, both of whom were great cooks. After graduating from Queen Mary College, London with his B.A. in modern languages, he moved to Houston and graduated with an MBA in Marketing from the University of Houston. In 1984 he went to work for Riviana Foods Inc, the largest marketer of rice in the U.S, then later became an adjunct professor of the Marketing Department of the Bauer School of Business at the University of Houston. He lives in Sugar Land and co-authored the book Lost Restaurants of Houston with his wife, Christiane.