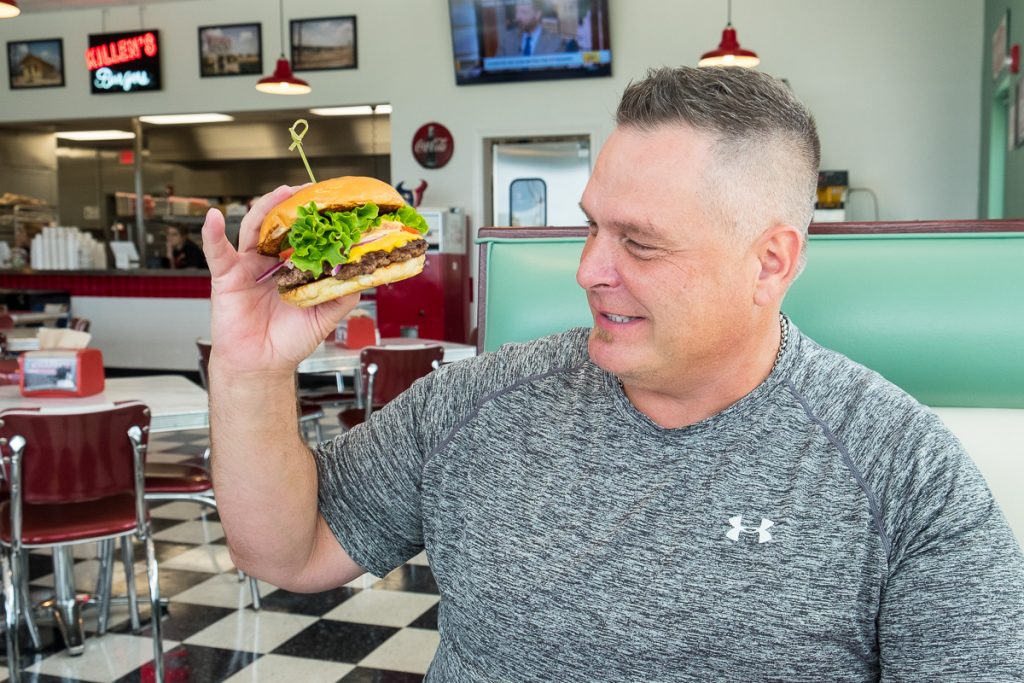 Over the past year, Ronnie Killen has faced his biggest challenge: burgers. Photo by Phaedra Cook

Over the course of more than a decade, chef Ronnie Killen grew his dining empire to include three restaurants in Pearland. Killen’s Steakhouse was first, and became known as a “must visit” for beef lovers. That was even more true for his follow-up, Killen’s Barbecue, which quickly garnered acclaim as one of the best barbecue joints in the nation. It was the reception of his third restaurant, Killen’s Burgers, which was a surprise—and not a pleasant one. “Burgers are harder than barbecue,” Killen declared. “I thought barbecue would be the most subjective cuisine in Texas, but it’s not.”

Despite opening with a signature burger that featured a hefty, 10-ounce patty of top-quality Creekstone Farms all-natural chuck and brisket, Killen’s Burgers didn’t at first enjoy the smashing success of the chef’s prior two restaurants. One reason: a struggle with consistently cooking those huge patties to satisfy diners. (Killen even hosted a free burger day as an apology for those struggles.)

Perhaps a bigger reason, though, is that a burger joint isn’t necessarily a “destination restaurant” for foodies. “People don’t really travel for burgers. They travel for barbecue. They travel for steaks, but they’re not going to travel for a burger as frequently,” he said. That’s unlike the pop-ups Killen hosted around Houston as previews showcasing what Killen’s Burgers would have to offer, where the rush of the curious seeking an indulgent experience meant a guaranteed sell-out.

That meant the priority had to shift to providing affordable lunchtime burgers that Pearland residents could pop in and enjoy on a daily basis. “You have to make your burgers for your community within a five or 10-mile radius,” Killen explained. “The hardest thing was trying to figure out what the people around us wanted. The burger enthusiasts want the Maillard reaction [the natural chemical process when meat is seared at very high heat that provides a deep brown crust].” He also noted that people in Pearland want their meat to have nary a trace of pink—a preference that makes meat enthusiasts aghast.

Considering the factors above, the five-ounce Little Burger fills the bill. At a mere $6, it’s Killen’s answer to a Shake Shack- or In-N-Out-style burger. It sports a five-ounce smashed-style patty with traditional toppings: lettuce, tomato, dill pickle and “Killen’s Sauce.” The greater surface area means the patty gets those coveted crispy edges and a lot of browning from the grill. For most appetites, it’s just the right size for lunch along with an order of the top-notch, in-house cut fries made from Kennebec potatoes.

To get more browning on the best sellers, the big burgers, the 10-ounce patty has been dropped to eight ounces and Killen thinks the best way to enjoy it is to keep it simple. “I don’t like lettuce, tomato, pickle and onion because it takes away [from the beefy flavor],” he explained. “When you think about the burger—the savory [meat], the saltiness from the cheese, the bread, the bread-to-meat ratio, the browning and everything that goes with it—that to me is what it’s all about.”

When Killen first started serving his beef patties, they were simply seasoned with popcorn salt to let the high quality beef shine on its own merit. These days, Killen’s Burgers uses a seasoning blend with a bit more punch. It’s comprised of salt, finely ground black pepper and onion powder. That’s still not overwrought, but a little more flavorful.

The Killen’s Sauce has changed, too. The original was 14 ingredients. The new rendition is much simpler and still gets the job done. “It has a little bit of spice [including chipotle]. We take pickles, purée them and add them along with some pickle juice,” Killen explained. The base is Duke’s mayonnaise, ketchup and mustard. “My dad said, ‘Ronnie, you need to bottle that. It’s good with everything: salads, meats, French fries, onion rings.” I was happy he enjoyed it.

In the process, though, Killen has recognized another truism: you can’t please everyone, and the answer is not necessarily deviating from the original mission—which rarely works anyway. “If we can’t do it perfectly, why do it? We were trying to please too many people with too many different things that we couldn’t be perfect on 100-percent of the time. That’s where you’re trying to play to your crowd, but you know what? I want to do what I do best, and that’s what we’re going to do. If it works, great. If not, so be it. We’ll do something else.”

In other words, Killen’s Burgers is for diners who like Ronnie Killen’s burgers. “The people who love it come in here all the time,” he said. “We’ll cook the burger any way you want. Just let us know.”