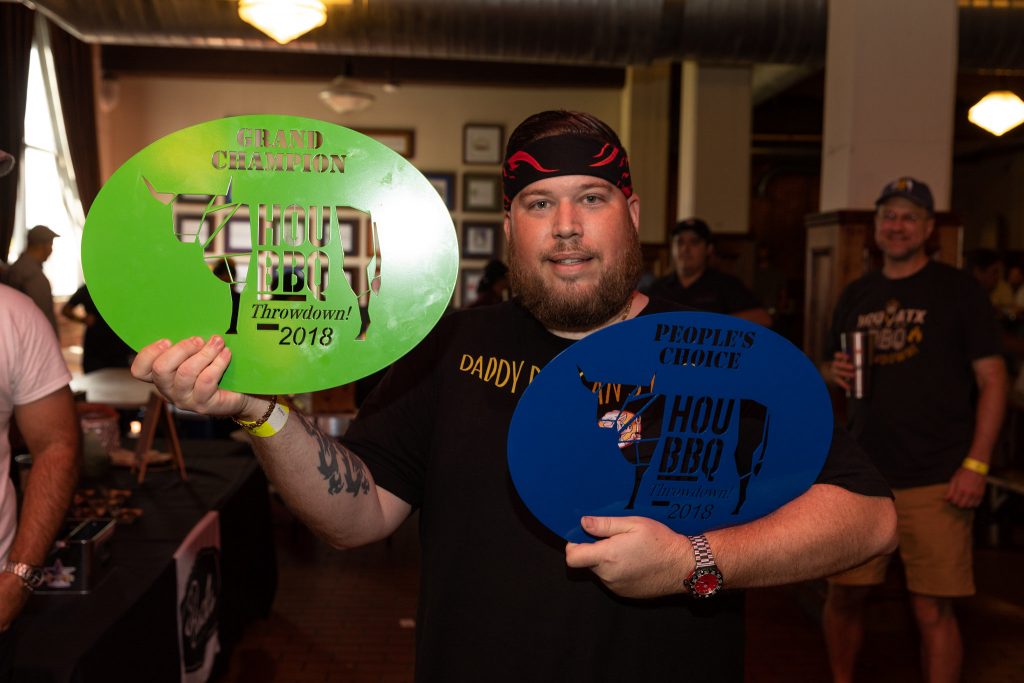 On September 29, 2019 from 1 p.m. to 4 p.m., the Houston Barbecue Festival and Saint Arnold Brewing Company is hosting the fifth annual Houston BBQ Throwdown! at the brewer’s Beer Hall located at 2000 Lyons. This year, 14 of Houston’s best pitmasters are showing off their style and creativity as they compete to create Houston’s next great plate of barbecue.

For the past five years, the Houston BBQ Throwdown has been a friendly competition featuring both up-and-coming barbecue joints and established pitmasters. In the past, these dishes have reflected the diverse cuisines that make up Houston’s culinary tapestry. Last year, Daddy Duncan’s BBQ won with beef cheek barbacoa served with bacon and chorizo corn and mashed sweet potatoes, which reflects both Mexican and African-American influences, while Eaker Barbecue incorporated Korean-staple kimchi into their dish.

This year, you can expect similar creative dishes as participants blend the traditional Central Texas trinity of brisket, pork ribs, and sausage with Tex-Mex, Mexican, and Asian influences.

This year’s competitors include:

A panel of culinary experts are blind-judging the dishes, which means they won’t know who submitted which dish. The confirmed judges are chef/pitmaster Ronnie Killen and Houston Chronicle restaurant critic Alison Cook. Additional judges will be announced soon. Also, guests can vote for the “People’s Choice” award.

In the past two years, the competition has also decided who represents Houston in the annual HOU vs. ATX BBQ Throwdown, which will take place this year at Saint Arnold Brewing on November 17.  The Houston BBQ Throwdown People’s Choice, Judges’ Choice and one or two runners-up will represent Houston in a culinary battle with the Austin-area’s top barbecue joints. In 2017, Houston was the host city but two Austin-area establishments, Brotherton’s Black Iron BBQ in Pflugerville andLeroy and Lewis BBQ, emerged as the winners.  In 2018, Houston struck back when the event was held a Friends & Allies Brewing in Austin. Beaver’s Restaurant won the People’s Choice and Bodacious BBQ from Longview was the Judge’s Choice. Given the list of this year’s contenders, Houston will be well-represented in the 2019 face-off with Austin.

To ensure the best possible experience for all guests, only a limited number of tickets are available for sale. All tickets are sold in advance online; no tickets will be sold at the door. Last year, these sold out well in advance of the event, so, purchase yours now if you want in.