The Art of Tamales Classes By Sylvia Casares 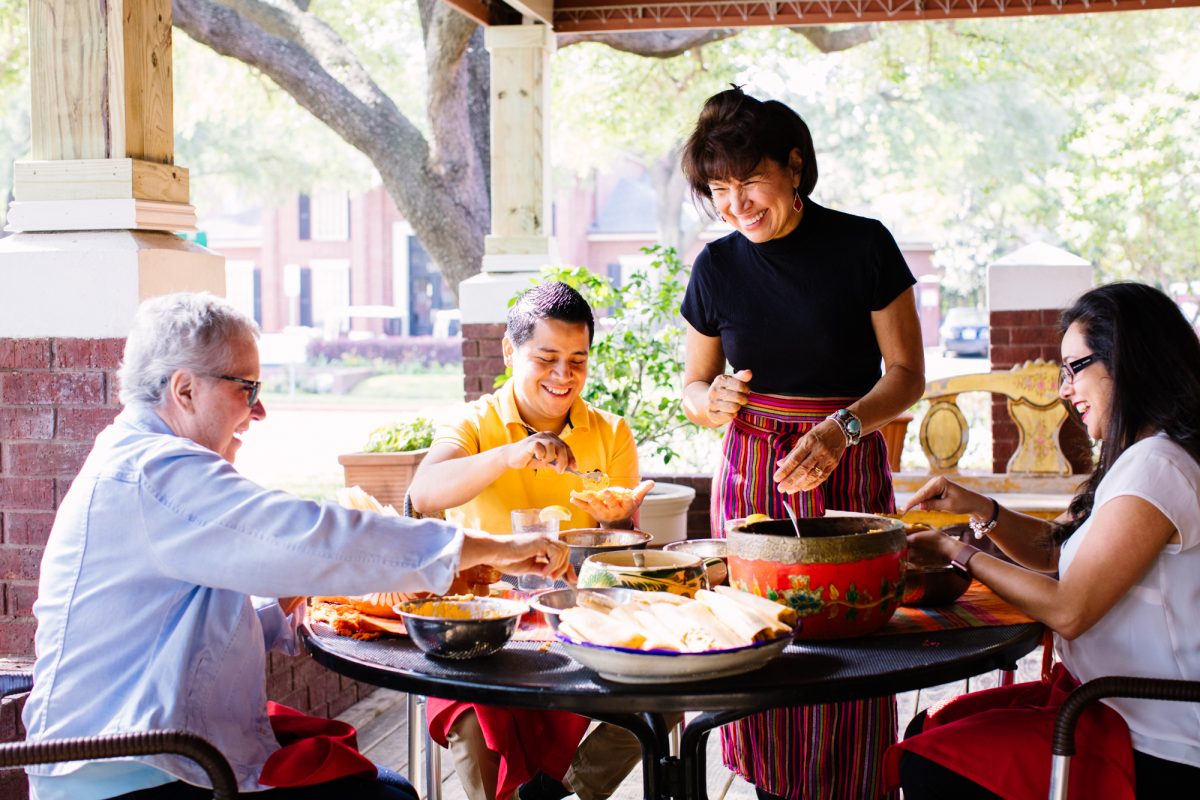 HOUSTON… Archeologists studying the ancient cultures in Central and South America have uncovered hundreds of thousands of strange and unfamiliar items, some still a mystery and others since figured out. But at least one thing uncovered, dating back to almost 7000 B.C., looked oddly familiar.
It was a tamale.
Yes, for something so popular today, the tamale has a long and glorified history. One reason for that is that the ancient art of making them has been passed down from culture to culture, generation to generation and family to family. It has also become one of the most popular foods in Texas, especially during the holidays.
While both date and temperatures are certainly not holiday-ish right now, Sylvia’s Enchilada Kitchens’ owner Sylvia Casares knows tamales are just as good in air conditioning as they are in front of a roaring fire, so on Saturday, July 17, she is holding class to share that ancient art.
Classmates will tackle the whole process of making pork and chicken tamales, right down to wrapping them in corn husks and steaming them. The three-hour class concludes with everyone sitting down to eat.
The July 17, class is 1-4 p.m. and the cost is $65 per person. To register, go online at www.sylviasenchiladas.com, or call 832-230-3842. The classes will be held at Sylvia’s Enchilada Kitchen at 1140 Eldridge Parkway.
Sylvia’s Enchilada Kitchen has two locations: 6401 Woodway Dr., 713-334-7295; and 1140 Eldridge Pkwy, 832-230-3842. www.sylviasenchiladas.com