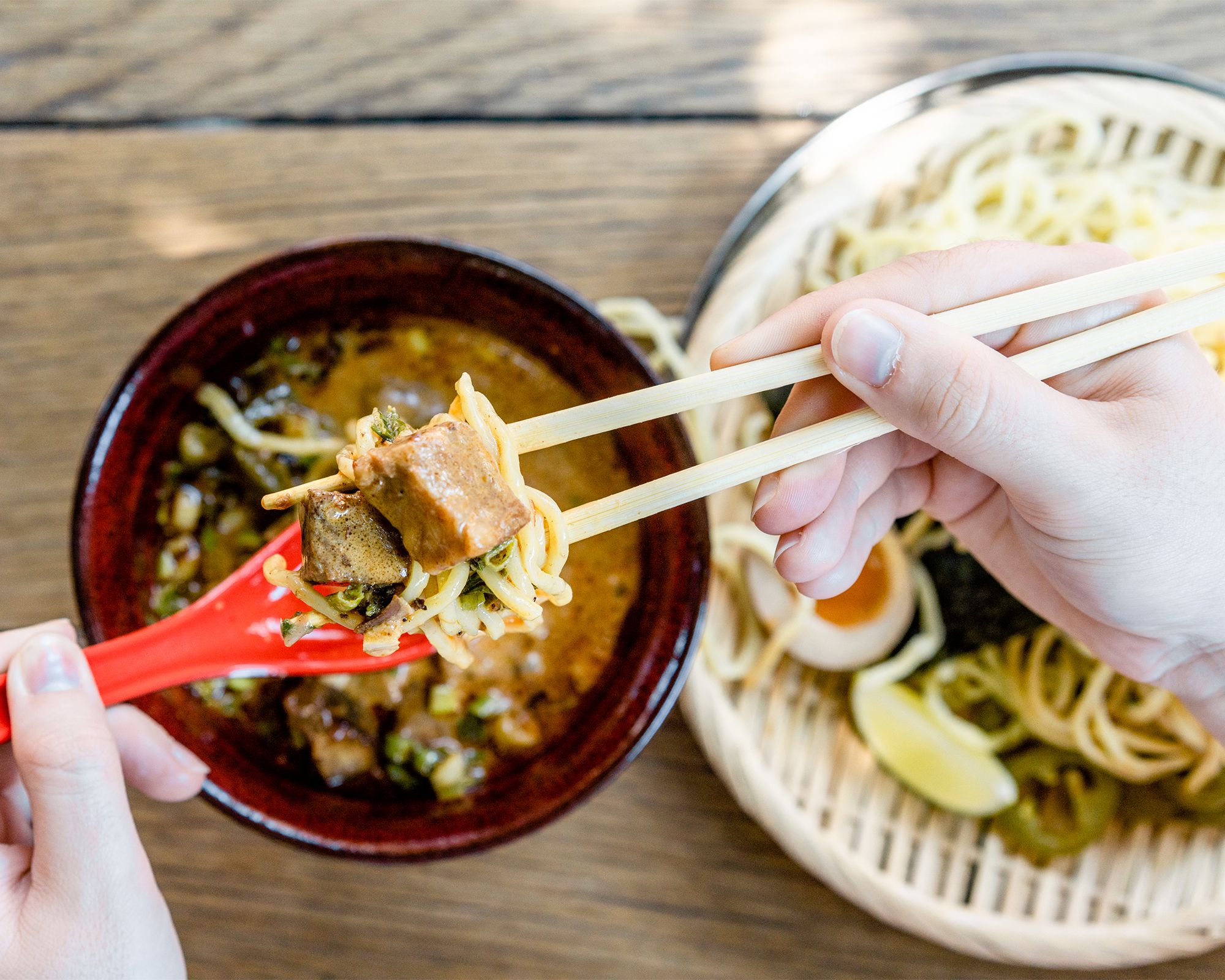 Ramen Tatsu-Ya (1722 California Street) is bringing back one version of its celebrated barbeque ramen, Brisket Tsukemen, on Monday, February 8 from 11 a.m. until sold out, exclusively for to-go via online orders at https://www.tatsu-ya.com/.
The dish is composed of a smokey condensed pork bone broth flavored with Texas chili oil, cumin, onions and scallions and dotted with Kemuri Tatsu-Ya brisket chunks. The accompanying thick-gauge noodles will come topped with pickled jalapeño, ajitama, nori and a lime wedge. It’s a rich, mildly spicy, slightly sweet dish that joins Japanese and Texas traditions. The price of the featured menu item is $18.
About Tsukemen
Originating in Tokyo, Tsukemen is a type of ramen consisting of noodles meant to be dipped into broth, versus a bowl of noodles fully immersed in broth. Ramen Tatsu-Ya’s always-available version of tsukemen features broth with chunks of chashu (braised pork belly).
About Kemuri Tatsu-Ya
Kemuri Tatsu-Ya is Tatsu-Ya Family’s Texas izakaya that opened in early 2017. It has received national recognition from The James Beard Foundation as well as the honor of being named one of the Top 10 Best New Restaurants in the U.S. by Food & Wine, Bon Appétit, GQ, and more.