Austin-based Hopdoddy Burger Bar will soon have a new, fourth location under construction and it will be at West Houston multi-use shopping complex CITYCENTRE. The craft burger restaurant is expected to open there early next fall. “The city of Houston has been so welcoming to Hopdoddy and we are thrilled to join the thriving CITYCENTRE […] California-based, whiskey-driven bar and bites spot Bosscat Kitchen + Libations opened in the Galleria area back in 2017. Now, the team behind the successful West Coast import has turned its sights to the ever-expanding restaurant scene in the Heights. BCK Kitchen & Cocktail Adventures officially opened its doors on February 23. The ownership team is promoting […] Cult-favorite Shake Shack is opening its third Houston location next week. It’s located at 6205 Kirby Drive and follows up the a restaurant in the Galleria and another at Minute Maid Park. (A fourth one is coming at some point; Swamplot reported that the company has taken out a lease on the former Burger King next […] Updated 2/22/2018, 10:37 a.m.: Statement added from Fig & Olive below. March will roar in like a lion—and bring new restaurant Fig & Olive with it. It is slated to open in the former Saks Fifth Avenue space in The Galleria. It is the latest location for an upscale chain that already has locations in […] 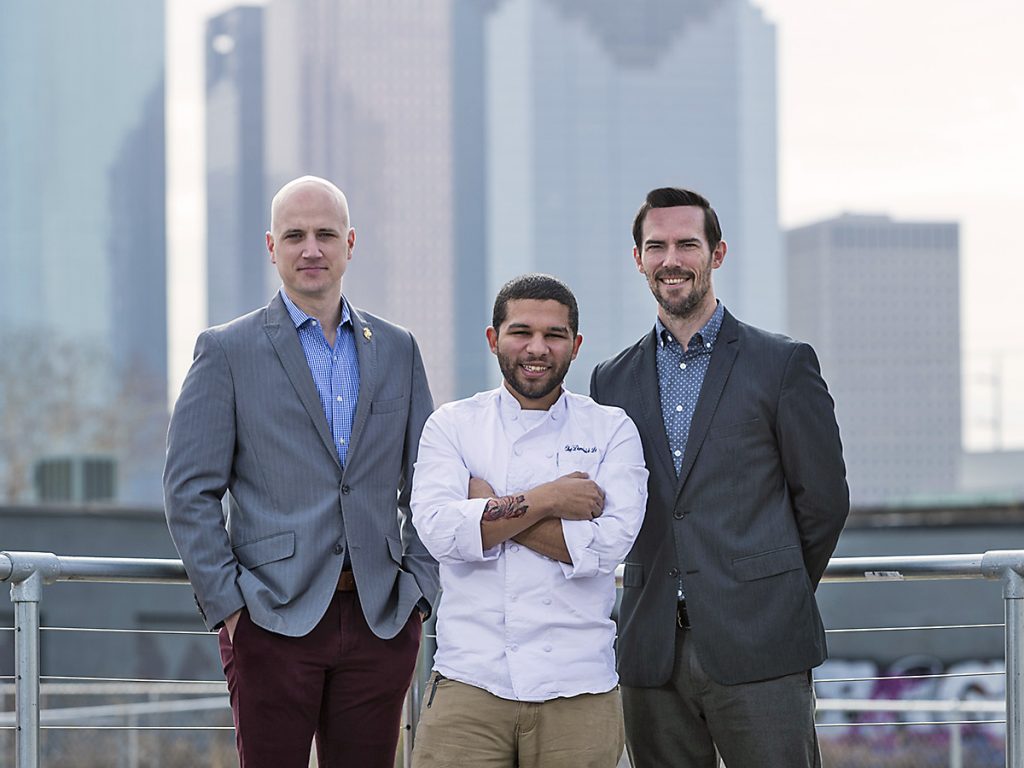 Ian Tucker, an Irish native who owns the cheekily named Balls Out Burger in Houston, is overseeing construction on his second endeavor. The restaurant is named Poitín (pronounced PUUT-cheen) and it will open at 2313 Edwards as the anchor tenant at Sawyer Yards in either late spring or early summer. Tucker’s restaurant experience before opening […]