The High-Quality Cocktails At Pappa Bros. Steakhouse Are Reason Enough To Visit 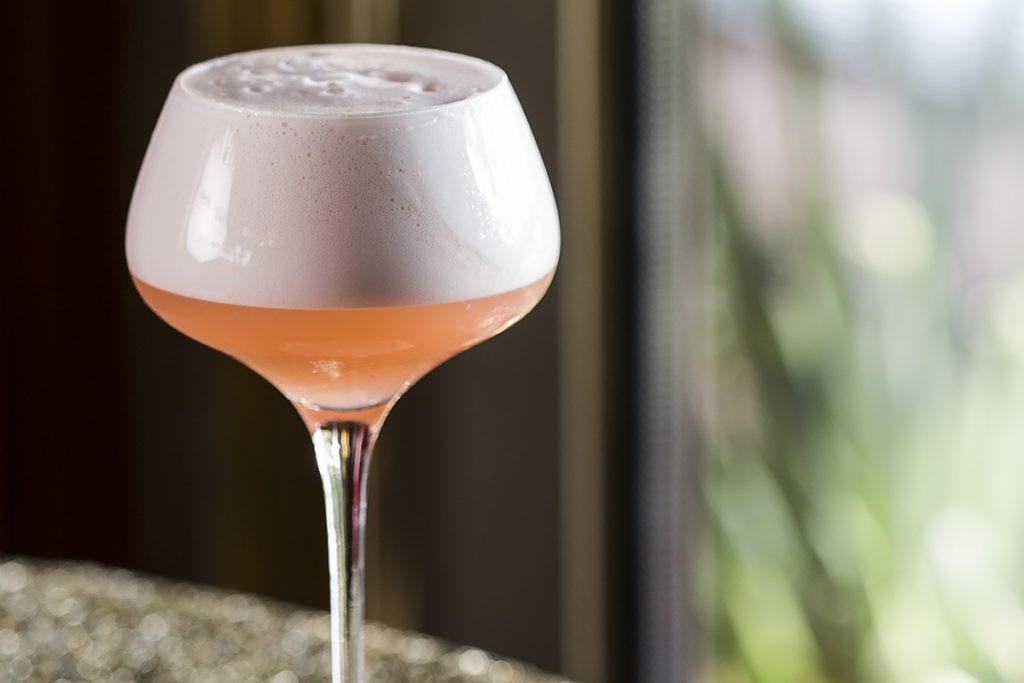 When concept beverage manager Matt Tanner of Pappas Restaurants set about designing the winter cocktail list for the two Pappas Bros. Steakhouse locations (5839 Westheimer and 1200 McKinney in the Houston Center downtown), he realized that, as far as ingredients go, some of the most valuable assets were in the award-winning wine collection.

Take, for example, the Columbia River Fizz, a kissing cousin of the Ramos Gin Fizz that incorporates André Clouet Rosé Champagne. The wine is $25; the cocktail, which also features strawberry-infused Aviation Gin, Giffard vanilla syrup, Becherovka, lemon juice, egg white and orange blossom water, is $15. While that exceeds the $10 to $12 price point that has more or less been the average in Houston lately, it’s just one example of how you get what you pay for on this cocktail list: namely, high-quality ingredients. “If I’m going to pour Champagne, I’m going to pour really good Champagne,” said Tanner.

Not every cocktail on the list is pricey. Some seem downright reasonable, like the $12 Pappas Bros. Irish Coffee served in a very tall glass and topped with just the right amount of fresh whipped cream. It’s spiked with Jameson Black Barrel, Amaro Montenegro, and a rich syrup that’s a blend of demerara and white muscovado sugars.

The same goes for a modestly-priced $10 Arugula Gimlet that is far more successful than it sounds like it would be. The fresh, herby notes gathered from shaking it right along with the ice don’t take over and play well with the lime juice. John D. Taylor Velevet Falernum is the lightly sweet component while subdued Wheatley Vodka provides the alcoholic backbone without intruding on the rest of the ingredients.

“With the Pineau des Charentes, they take the Cab Franc and Merlot grape must and add cognac to it. It’s not fermented; it’s just a juice that has booze added to it,” explained Tanner. (Author’s note: “Must” is the pressed grapes, including juice, stems, seeds and skins.) “It’s a really special wine from [cognac producer] Jacky Navarre.”

Of course, there’s a goodly selection of classics, too, and these are also all in the very agreeable $10 to $12 range. These include a more traditional Old Fashioned (choose either Buffalo Trace or upgrade for an additional $8 to a Blanton’s especially bottled for Pappas Bros.), a French 75, a daiquiri and a Pimm’s Cup (“#3” in this case, with Pimm’s No. 1 liqueur, Bombay Sapphire White Label gin, cucumber, blueberry, lemon, lime and Fever Tree tonic).

Whether or not visitors intend to dine on Pappas Bros. famed steaks or seared foie gras while visiting (which they can do at the bar, by the way) is almost besides the point. The cocktail program merits a visit on its own and the elegant bar areas at both locations are welcoming havens for those who enjoy whiling away the hours in stylish, comfortable settings.

Editor’s Note: Houston Food Finder tried some of the cocktails described in this article at no cost.