The Days Are Numbered for an Iconic Houston Dive Bar 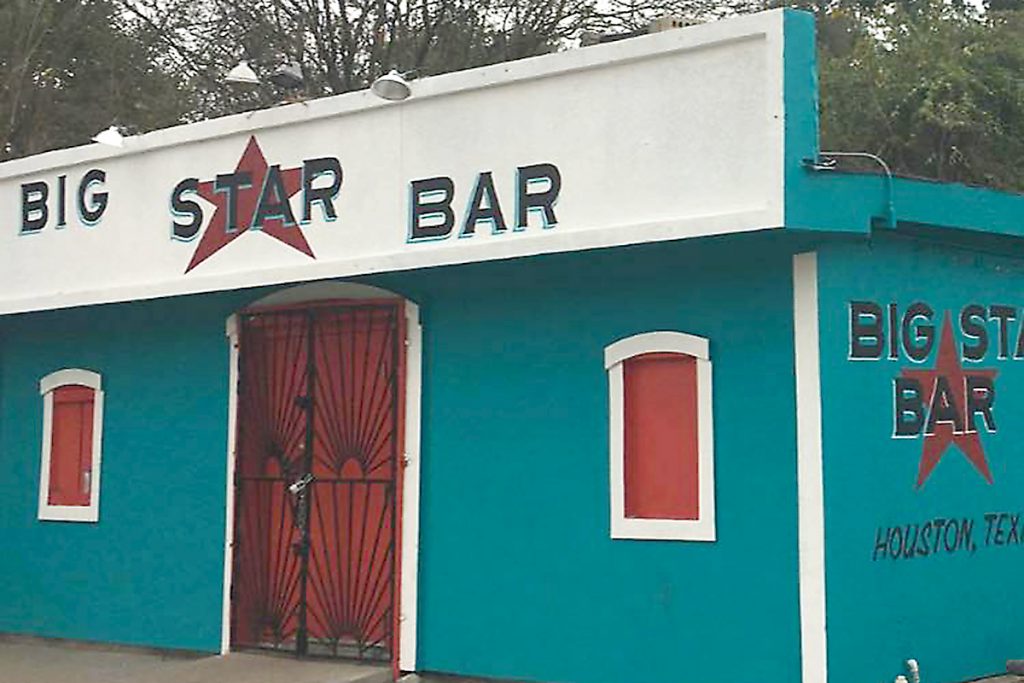 Big Star Bar in The Heights is remaining open until the property is actually sold. Photo courtesy of Big Star Bar.

Business owner Brad Moore has helped start many Houston bars, including Grand Prize Bar, The Original OKRA Charity Saloon, Sassafras and Bad News Bar, just to name a few. He has announced that the end is coming for one of his first: Big Star Bar at 1005 West 19th Street. The landlord is selling the property. While the lease ends in May, Big Star is remaining open on a month-to-month basis until someone actually buys it.

Moore doesn’t begrudge that decision at all. “She has owned that property forever. Good for her,” he wrote via a text message.

In a Facebook post, Moore wrote, “Our Heights picnic table, fire pit, longneck and liquor hub Big Star Bar loses its lease at the end of May. We will stay there month to month until the landlord sells the property. We will have a 10 yr anniversary party coming up. And then a closing party when the hammer comes down. It’s gonna be fun, y’all. To say that we had ‘a good run’ would be a stupid, trite, shameful under-exaggeration. That place changed my life. We hope that it somehow enhances yours.”

That aforementioned 10-year anniversary party is likely going to be a two-day bash on May 25 and 26, according to Moore.

Big Star Bar is a classic dive that has no aspirations other than to be a comfortable, low-key hangout — which is, of course, part of its charm. (It’s exactly the type of business that Moore has excelled at opening over the years, with Sassafras and Grand Prize Bar, opened with Ryan Rouse, as other examples.) It’s a place to suck on Lone Star (or even a local craft beer), chill out on picnic tables in the gravel-covered yard and nosh on dishes from whatever food truck may be parked outside. Over the years and for those reasons, it’s been a favorite hangout for restaurant industry workers.

With the booming development of The Heights over the last few years, property in the area is now a hot ticket. Just as a few examples: the asking lease price for an old retail space and warehouse is $38 a square foot while the current sales price for the former Mel’s Shell Shack, a small space of only 720 square feet built in the 1920s on a 11,378 square foot lot, is nearly a million dollars. (Mel’s closed in January 2019.) For some landlords, capitalizing on the current seller’s market in the area can be a good financial decision.

“It will be a fun closing era,” wrote Moore. “We’re staying until they sell the property. Let’s look back with nostalgia and, hopefully, at a legacy. I’m proud, not sad.”