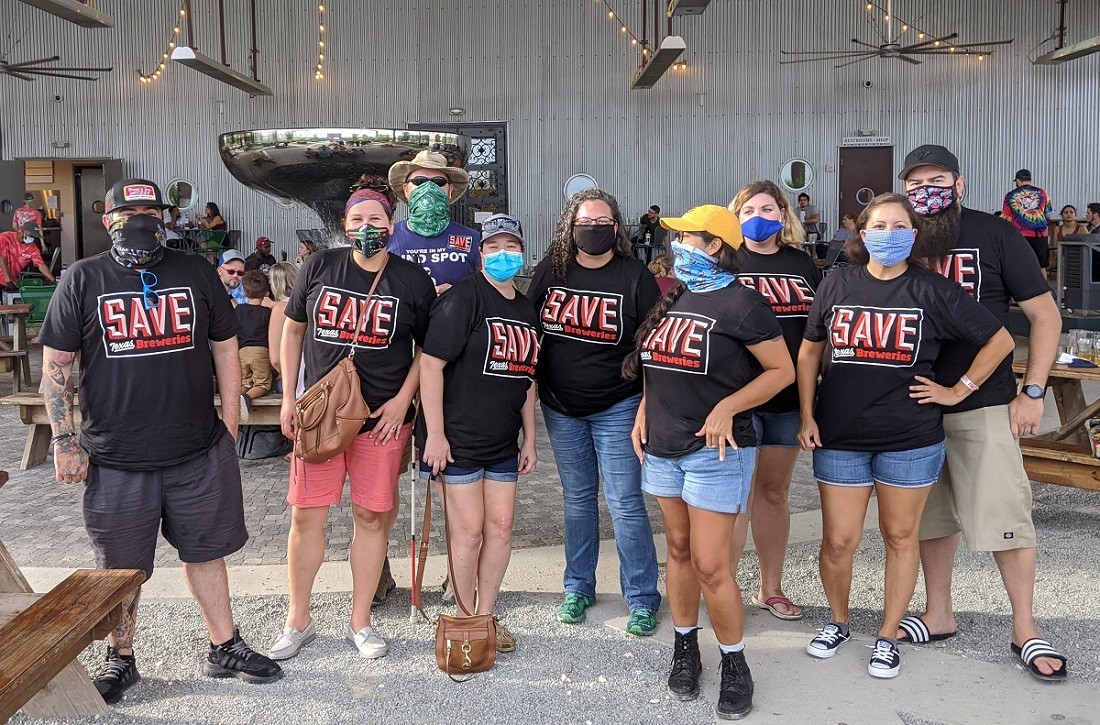 As the COVID-19 pandemic continues to take a toll on local businesses, independently owned breweries are among those taking a hit. To help these small businesses survive, the Texas Beer Collective and Houston Beer Guide are hosting the second Texas Beer Run. Do not worry, this is not a 5k. Instead, the event organizer, Sylvia Benavidez of the Texas Beer Collective, is asking beer fans to shop directly at local breweries from Tuesday, September 1 through Tuesday, September 8. The initiative also marks the one-year anniversary of legislation legalizing purchasing beer directly from the breweries.

For local breweries and brewpubs, the effects of COVID-19 are more severe than expected. Initially, taprooms were allowed to reopen at the same time as restaurants, but the decision was changed within a few days. Because many do not sell products in grocery or liquor stores, breweries rely on taproom sales for the company’s revenue.

Penny’s Beer Garden at 1001 Farm to Market 646 in Dickinson, is just one business that has been hurt. Penny’s owner Kristal White says, “We are struggling, especially as a brand new business. We just turned one year in August, so the shutdown has hurt us sales-wise. We were on track before the shutdown, but now we are worried about the long-term effects of being shut down this long. It takes a lot of work to build a customer base and following. So, not only has this shut down hurt us financially, I am worried about rebuilding our following when we do have the opportunity to reopen.”

White works with several local breweries and has noticed changes the companies have made.  Many brewers have had to lay off staff, such as bartenders and delivery drivers. There is also a trend in breweries shortening hours or opening fewer days out of the week. White said, “I think the industry as a whole will continue to be impacted long after the shutdown is lifted. There needs to be aid given to both breweries and 51-percent establishments if the shutdown continues.”

The first Texas Beer Run event was for a few days at the beginning of August. Initially, the organizers broke down the Houston area into regions, giving suggested routes for participants to follow. While the routes were only suggestions, participants who followed them were greeted by volunteers. For this second beer run, the volunteers at the stops are now called Beer Shepherds.

This time, the structure is different “We decided to make it a week-long initiative so that more people can participate and create their own routes,” said Benavidez. To encourage participation during the time frame, “beer shepherds will coordinate and announce specific date/times to greet runners and hand out gifts to beer purchasers. Texas Beer Collective is also offering an online giveaway prize pack with Houston brewery swag, merch, and custom gifts.”

Benavidez says the idea for the beer run originally developed over a discussion between friends. They knew that the shutdowns and overall decrease in business triggered by the Coronavirus pandemic would hurt their favorite breweries. Being a local blogger, Benavidez believed the beer community would be willing to lend a hand.

Longtime local beer advocate, Chris White, follows Benavidez on Facebook and had already been considering doing something similar. The two joined forces, and after a Zoom call with other members of the beer community, the idea came together. “We want to organize our support,” said White. “The bottom line is buying beer and spending money. This is not a pub crawl. Take your wallet and go to these places.”

These are the suggested routes from the previous event:

The Texas Beer Run event is still seeking volunteers. If you would like to participate as a Beer Shepherd or want to know how to join the Texas Beer Collective, visit the Facebook page.