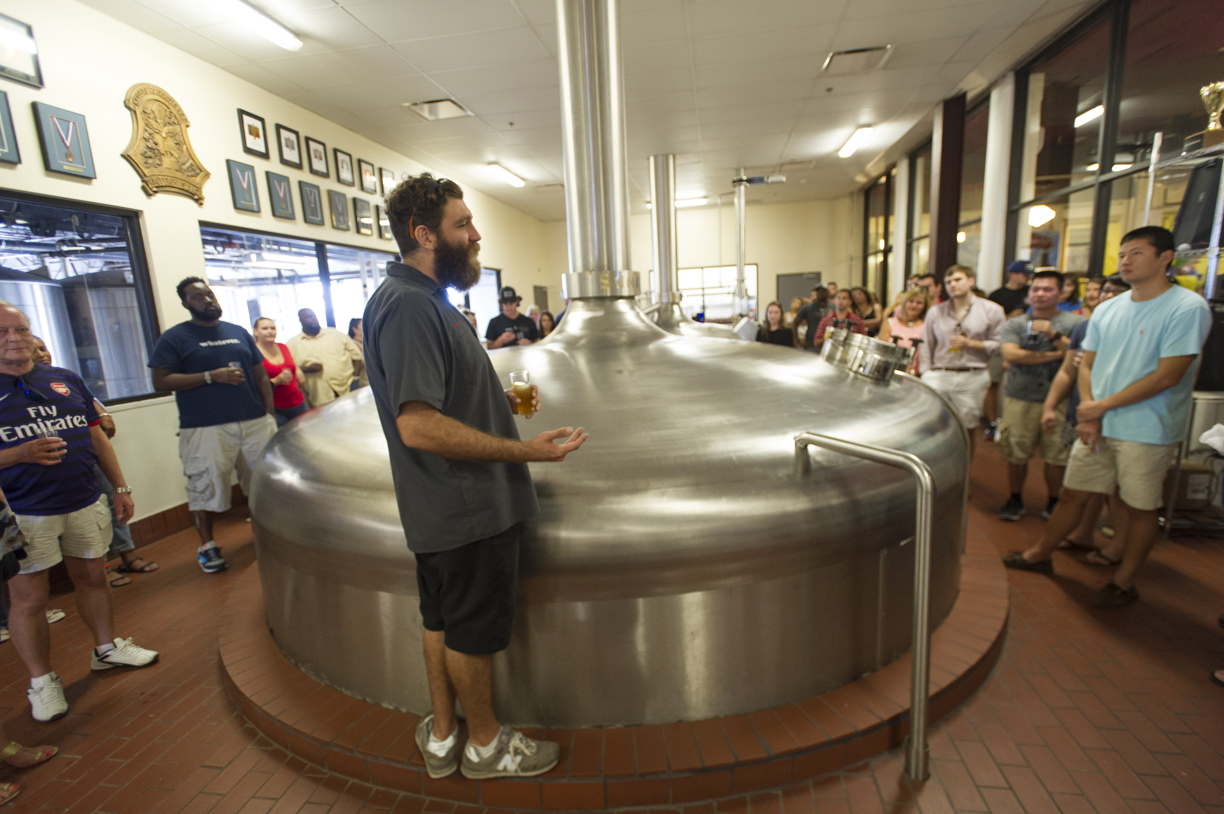 Via a press release appropriately emailed in both Spanish and English, Saint Arnold Brewing Company at 2000 Lyons announced that starting on Saturday, July 31, two Spanish-speaking tours are being offered the last Saturday of every month. The times for the tours are 2 and 4 p.m.

Leaders at the brewery have apparently been discussing how to make tours more accessible by a wider audience ever since the tours resumed earlier this month. They estimate that there are over 86,000 Spanish-speaking residents in the neighborhoods surrounding the brewery, which is located in a mixed industrial, commercial and residential area just north of downtown Houston. In Harris County, more people speak Spanish than any other language, except English.

“We love the diversity of Houston,” said Saint Arnold founder and brewer Brock Wagner. “With Spanish being the second most spoken language in our community, we felt introducing a Spanish language tour would allow more people to learn about our company and how we brew our beers.”

Here’s the calendar of Spanish-speaking brewery tours for the remainder of 2021:

Spanish-speakers who cannot make those dates will still get consideration via a QR code at the brewery entrance that they can scan to access a tour guide written in their language.

Tours at Saint Arnold Brewing Company are free-of-charges and no reservations are required. All ages are welcome, but minors must be accompanied by adults. Also, please note that closed-toe shoes are required for everyone in order to participate.

On the tours, guests will get to see various aspects of beer production, hear explanations of the brewing process and hear about Saint Arnold’s history. While tastings aren’t provided during the free tour, participants are welcome to buy a pint in the tasting room or beer garden and bring it as they walk around the facility.