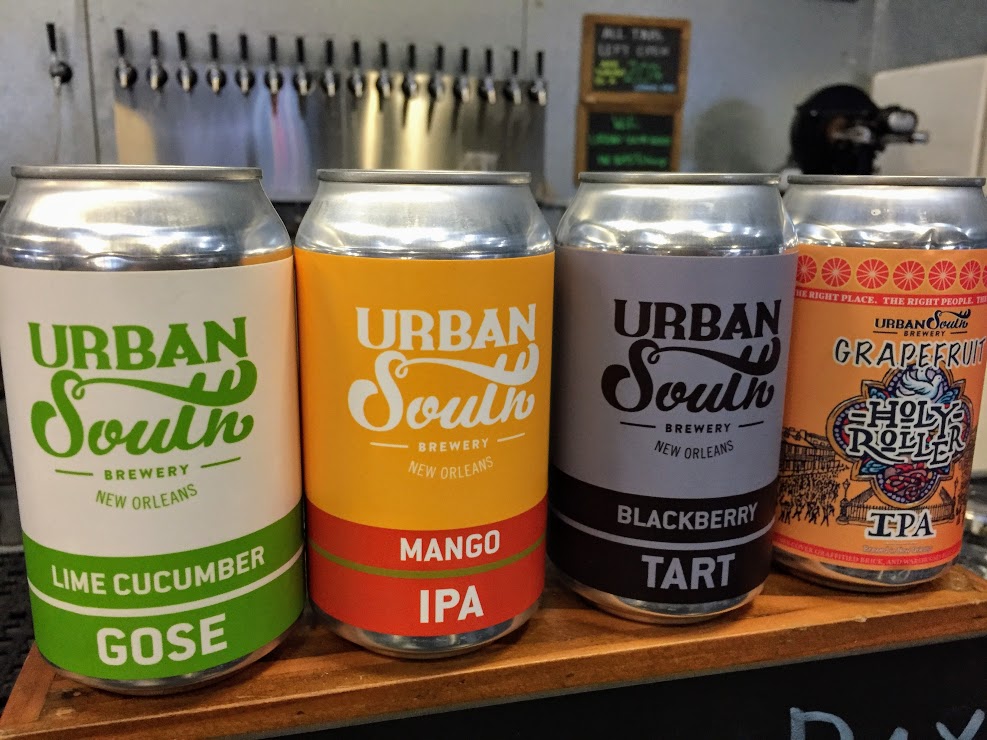 A selection of Urban South's beers. Photo by Jamie Alvear.

Urban South Brewery is bringing its award-winning line-up of hazy IPA’s, robust stouts and barrel-aged sours to Houston this fall. It’s the New-Orleans based brewery’s first foray outside of Louisiana. The new site includes a 14,000-square-foot, 10-barrel brewing facility and is at 1200 Oliver Street in Sawyer Yards.

The satellite facility features a canning line as well as a public taproom with a large patio and beer garden. A rotating beer selection will be available on 16 rotating taps so customers can enjoy both tastings and beer-to-go options.

“Houston was an easy choice for our first satellite brewery. The connections between the city and New Orleans run deep, and we love that their craft beer culture is forward-thinking, innovative and rapidly growing,” said Jacob Landry, founder of Urban South Brewery, via press release. “We’re excited to be a part of this creative community, sharing the grassroots gospel of good beer in the South.”

Heading up the Houston location as brew master is David Ohmer, former head brewer for Whole Foods Market Brewing Co. and director of operations for B-52 Brewing.

“I’m excited for this challenge of fusing Urban South’s philosophy with the innovation that’s happening in the Houston scene,” said Ohmer. “Any company could just send its beer to a new market and call it a day. It’s rare to find a brewery that is so passionate about the creative process and willing to adopt innovations to reflect the community they are joining, while also investing to ensure the team is set up for success.”